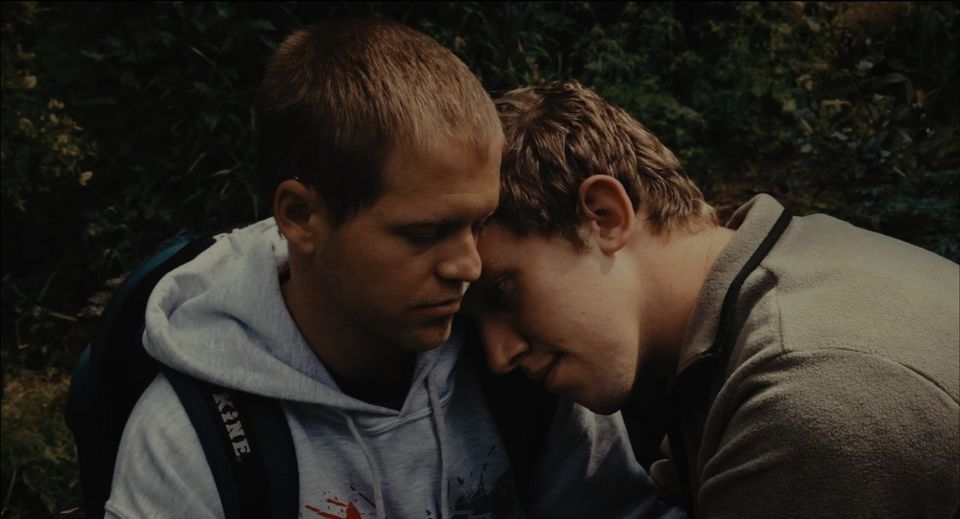 Montreal is a city lousy with festivals — even the harsh winter temperatures can’t seem to keep them away. Upon landing in town to attend Rencontres internationales du documentaire de Montréal (RIDM) this November, two music festivals had representatives waiting at the airport, eager to claim me as one of their own. The documentary film festival, founded in 1998 just a few years after the birth of that other, perhaps better-known Canadian nonfiction extravaganza Hot Docs, has carved out a niche for itself, developing an audience eager for documentaries in the vein of their Toronto counterparts. Screenings and panels were extremely well attended, many selling out midday as those with badges claimed comp tickets at the box office, leading to dedicated (and notably well organized) standby lines. Badge holders had no special privileges once a film was sold out, which, while occasionally frustrating, speaks to the festival’s commitment to courting local audiences outside of the industry.

The enthusiasm is deserved; the programming at RIDM is among the best on the doc film circuit, characterized primarily by risky, offbeat choices. The festival’s mission statement stresses “innovative vision” and fighting against commercial constraints “shaping films into easily digested products.” Although there were a few more conventional, if still very worthy, festival favorites on offer, such as Lucy Walker’s The Crash Reel and Sini Anderson’s The Punk Singer, selections generally made good on this high-minded promise.

In a year with several excellent, all-archival documentaries such as Our Nixon and Let the Fire Burn, RIDM highlighted the most experimental of the bunch with Suitcase of Love and Shame. Filmmaker Jane Gilooly purchased on eBay the titular suitcase, which contained several photographs and artifacts of an affair that took place between a young widow and a married man in the 1960s, the most significant of which was a series of tape-recorded letters to one another. These shockingly intimate tapes are the backbone of the film; Gilooly pairs the audio with images that suggest the time period or subjective experience: glimpses of woods, sepia-toned rooms, the gentle rotation of a reel-to-reel recorder. Sometimes there is no image at all. The emotional impact of the film is a slow burn, building as it shifts poignantly between titillation, humor and tragedy. Just as Gilooly’s tender treatment recontextualizes the couple’s story from the tawdry affair it might have been on paper to an epic, if flawed, love story in its own right, so does it elevate the viewer from simple voyeur to empathetic participant.

Another standout, American Vagabond, comes from director Susanna Helke, who follows the lives of two boys in love who run away to San Francisco only to have to return to the parents who shunned them when the city doesn’t turn out to be the golden gay mecca they hoped it would be. Helke is known for employing techniques that buck documentary convention and toe the fiction/nonfiction line; past films, for example, have included scripted voiceover or purposefully staged tableaus. In Vagabond, her main subject becomes a collaborator in telling the story of his life, having crafted it over time in a series of emails with Helke. Helke also shifts perspective from one of the runaways to his mother at a crucial point, an act of compassion that breaks down the notion of easy blame or villainy as the boys are failed by one system after another. At this Canadian festival, a Finnish filmmaker shattered the illusion of the American dream.

Special programs were uniformly strong, such as the Marcel Ophuls retrospective. The DOCS 2.0 section, like Sundance’s New Frontier, presents films that are working in new media, such as Unspeak, a game about the nature of language involving six short films and online data from sites such as Wikipedia and Twitter, or Fort McMoney, a kind of choose-your-own-adventure story that includes documentary interviews exploring the frontier town of Fort McMurray, Alberta. Finally, there was the complete tribute to the work emerging from Harvard University’s Sensory Ethnography Lab, a smart and timely idea on the heels of Leviathan’s nonstop critical praise. In addition to the lab’s soon-to-be-considered classics, such as Sweetgrass and Foreign Parts, RIDM showed the latest to come out of the program, Manakamana, comprised of 11 takes in a cable car in rural Nepal. As the route to the mountain temple becomes routine, the smallest words and gestures of those making the journey comes into sharp focus, with the identities of those entering the car forming a larger, living demographic study of the country.

RIDM has a lot going for it beyond the programming — a beautiful and vibrant host city; a central, single venue; and cool events such as nightly music performances curated by local music fests and magazines. But the language barrier can prove to be a bit of a challenge to an industry visitor, one that dampens the overall experience. While the festival, like the city, prides itself on being bilingual — the newer Doc Circuit Montreal bills itself as “the only bilingual documentary market in North America,” and several festival staff mentioned the emphasis on both English- and French-language films — the current system means not everyone can enjoy everything. Often, international films in neither language will be subtitled in French only, and most of the conference portion of the festival is conducted in French with no translation at all. With no indication in the program of language, it was always a gamble. Even more frustrating was when the film guide listed the language incorrectly. Walking into a Ophuls’ legendary The Memory of Justice, a four-and-a-half-hour documentary about the war crimes in World War II and Vietnam, full of excited yet appropriately somber cinephile glee, then having to crab walk right out because the film was dubbed, rather than subtitled, in French, as the program assured, was deeply disappointing and mildly embarrassing.

Clearly a festival has the right to present its films and events in whatever language the staff chooses, and a resistance against the automatic domination of the English language is understandable in Quebec, where bilingualism is a major part of identity. As long as the French and English strands of festival are separate but equal, however, the greater international recognition RIDM seeks — and largely deserves — may elude it.