Kate Logan Discusses Religion in Documentary and Kidnapped for Christ 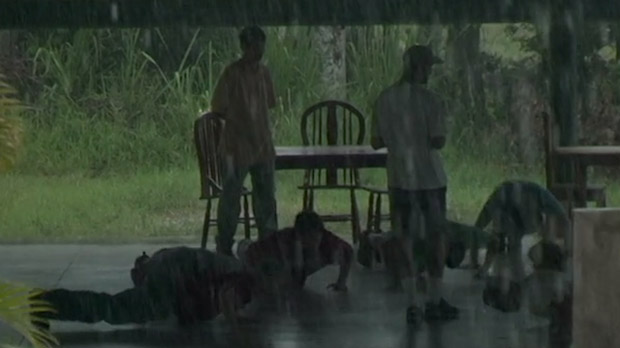 by Randy Astle
in Directors, Filmmaking, Interviews
on Jan 16, 2014

Making a documentary about religion can be a tightrope walk. While there is frequently much to criticize within religious communities and cultures, the trick is investigating these issues without belittling the subjects’ beliefs; when done poorly, films like Bill Maher’s Religulous come off as nothing more than ill-informed and ridiculous themselves.

Now Kate Logan, a Los Angeles-based documentary filmmaker with an evangelical background herself, is entering that arena with her first feature, Kidnapped for Christ, which plays at Slamdance this week. The film joins others like last year’s God Loves Uganda and 2010’s Sons of Perdition in looking closely at the negative ramifications of well-intentioned religious impulses, in this case the sending of troubled American teens to faith-based reform camps at home and abroad. What Logan discovered was not just a location where youth could find faith and mend their lives, but where adult supervisors could systematically perpetuate abuse (often, it seems, without even recognizing it) with complete impunity.

Logan talked with me about how she approached her subject and gained access to one controversial camp, Escuela Caribe, in the Dominican Republic. Kidnapped for Christ premieres at Slamdance this Friday, with a second screening on the 22nd. Watch the trailer here.

Filmmaker: You’ve been working with nonfiction productions in Los Angeles for some time; how did you become aware of Escuela Caribe and decide to make a film about it?

Logan: I learned about Escuela Caribe way back when I was a freshman in college and I took a semester off to travel and do mission work in Haiti. I ended up in the Dominican Republic, which is on the other side of the island, because we got evacuated out of Haiti due to civil unrest. While in the Dominican Republic I met some Americans close to my age who worked for Escuela Caribe as teachers. They told me that Escuela Caribe was a Christian therapeutic boarding school for troubled teens who would otherwise have been in jail, on the streets, or dead. It sounded like an interesting alternative therapy program with a cultural exchange element. A few years later, while attending film/bible school (yes, they have those), I got the idea to go back to the DR and make a short documentary about the students of Escuela Caribe. I thought it would be a heart-warming film about troubled teens learning about another culture at the same time as they dealt with their issues from back home. I had no idea what I had gotten myself into.

Logan: At the time, I had no idea that there was anything controversial about this school, so I simply wrote them a letter explaining how I learned about their school and asked permission to film there for a summer. I think it definitely also helped that I was a fellow evangelical Christian who knew missionaries in the area and who was attending a conservative Christian college. After a couple phone calls, I had permission to film on campus for the summer.

Filmmaker: So then your opinion began to change. What was the production process like? Were there any particular challenges as you began to focus on the inappropriate practices at the school?

Logan: Peter Borrud, the cinematographer, and I spent nearly every day for six weeks on campus filming. We usually set up at least three to five interviews each week with the staff and students, but most of our time was spent shooting daily life at the school.

Our biggest challenge while filming was winning the trust of the students without angering the staff. Students were constantly monitored and would get in trouble for criticizing the school in any way, so we knew that getting honest interviews with them would be difficult. Fortunately, we were able to get away with talking to a couple of students without supervision, and those turned out to be some of our best interviews. We also did some covert interviews, where I would sit or stand next to a student with my wireless boom in hand, and Peter would set up the camera far away and zoom in to get the shot. Only the student and I would know that we were filming the conversation.

Another challenge we faced was how to ask about the school’s more controversial practices (like hitting students with a leather paddle or putting them in isolation for long periods of time) without setting off alarm bells. I found that the staff were usually more than willing to talk about these things as long as I didn’t ask the questions in an antagonistic way. I wanted to give them a chance to explain their practices and defend them, even if I knew that it would be hard for them to justify much of their behavior. However, when I asked students about how they felt about the harsh punishments, I was told in no uncertain terms to not ask about those things.

Filmmaker: You’re sponsored by the IDA and ran a successful Kickstarter campaign for finishing funds. What was the process like for you and your producers securing the budget?

Logan: Running successful crowdfunding campaigns is a full-time job! We actually ran two Indiegogo campaigns and one Kickstarter campaign in the course of fundraising. The majority of the funding for this film came from small donors, so we had to work day and night before and during our campaigns to get the word out to as many people as possible. That involved contacting lots of press outlets and blogs, working with organizations that aligned with the message in the film, and organizing people to help spread the word for us to their networks. The advantage of having run successful crowdfunding campaigns is that we’ve been able to build a fanbase for the film before it has even premiered.

Filmmaker: The film’s likely to be controversial among those who support youth-reform camps, whether faith-affiliated or not. Was it difficult to remain objective and show the positive effects such camps can have on troubled youth, or are the problems of abuse and trauma really as systemic as it seems?

Logan: I think the fact that I went into this story having no idea that there was anything controversial going on helped me to remain objective. I never intended to do an exposé. I just wanted to tell the stories of the students at this school and that is what we did in the end. Those stories just turned out to be much different than I originally thought.

There are certainly people out there who defend these types of reform schools. We actually do include one student in the film who believes her experience at Escuela Caribe was positive. She, however, seems to be in the minority. Most students I spoke with from both Escuela Caribe and from comparable programs across the country had similar experiences of trauma and abuse. Even if, hypothetically, most students were helped, that should never justify the mistreatment of others.

The evidence shows that abusive and inappropriate practices in unregulated residential treatment programs for youth are widespread and systematic. There have been surveys done where thousands of former students of these types of programs have responded with allegations of inhumane treatment. There was also a Government Accountability Office investigation into unregulated treatment programs for teens, which revealed systematic abuse and inappropriate treatment. The reality is, these programs aren’t accountable to anyone, so they do what they want with the kids in their care and that can often become dangerous.

Filmmaker: Looking past Slamdance, what type of marketing and distribution strategy are you putting in place?

Logan: We are working with some amazing sales agents and hope to get distribution for the film shortly after our premiere. We are also building our army of activists to help not only promote the film, but to bring attention to the issue. We already have thousands of people who are ready to help make a difference in the fight against abusive residential programs for teens. Depending on our distribution, we hope to hold community screenings across the country where people can not only view the film, but can learn what they can do to help advocate for youth rights.

Filmmaker: What else do you have in the works that we can look out for?

Logan: I have a couple of projects in the works, both which deal with LGBT communities within the evangelical Christian community. Not quite ready to announce details yet, but stay tuned!