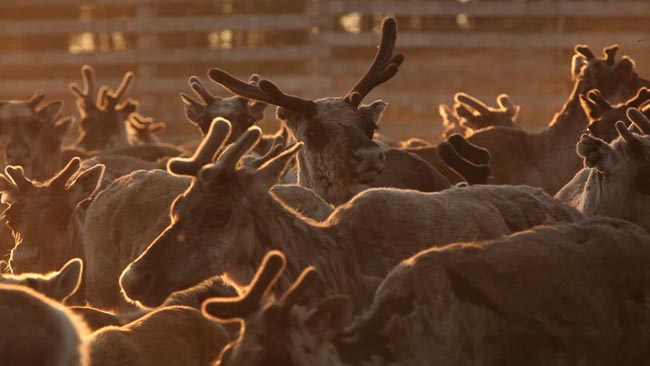 by Brandon Harris
in Directors, Interviews
on Feb 3, 2014

The uncompromising yet lovely vérité doc Aatsinki: The Story of Arctic Cowboys takes an unadorned, soulful look at a year in the lives of a pair of brothers who are among a collective of reindeer herders in rural Finland. A departure in many ways from the zany Beetle Queen Conquers Tokyo, Jessica Oreck’s new film is bloody and ice bound, showcasing a world of rustic north European life rarely glimpsed on screen. The grim slaughter of reindeer and the daily tribulations of running such an operation doesn’t escape the director’s eye; neither does the tenderness and decency of the people doing such work. The film contains a genuine kindness and buoyancy when depicting the downtime and family lives of this community of Arctic herders.

Oreck, one of our “25 New Faces of Independent Film” several years ago whose previous feature doc Beetle Queen Conquers Tokyo was an Independent Spirit Award nominee in 2010, focuses specifically on the processes that structure these people’s lives, and doesn’t pile on the lyrical moments for their own sake. You sense a real connection between the two men at the center of the story and the filmmaker, who frames and observes her obscure subjects in a way that subtly aestheticizes them while drawing us further and further into their peculiar world. With a tremendous visual sense and a feel for the grinding rhythms of these lives, the movie is a harrowing account of the roiling physical labor that goes into certain kinds of food production.

Aatsinki: The Story of Arctic Cowboys is in theaters now via Argot Pictures. 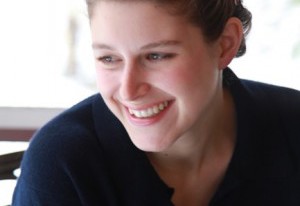 Filmmaker: How did you meet Aatsinki‘s subjets, Aarne and Lasse?

Oreck: I had originally started looking in Siberia and then my dad and my mom moved to Finland. They were excited that I was going to look for Arctic cowboys. I spent the first couple of weeks touring around, meeting lots of people. I met some amazing people, but none of them were exactly what I needed. I got very disappointed and I called my mom and I was like, “Mom, I can’t find the right person” and in perfect mom fashion she’s like, “Go to the market. There’s this really nice guy down at the farmer’s market who sells reindeer meat, I’m sure he knows a reindeer-herding man.” I definitely rolled my eyes. “Yeah right, whatever, Mom.” She said, “Well, you should just meet him.” So I go, I meet him, and he says immediately, “Yes, I have the perfect family for you, meet me in a parking lot in Aatsinki in two weeks.” So I meet him in this parking lot, we drove out there and well, there’s a lot more to the story. I met Aarne and immediately knew that he was the one for the film. He was just immediately comfortable on camera.

Filmmaker: Did they immediately agree to do the project with you? Or did they take some convincing?

Oreck:  No, they immediately agreed. I think part of it was that Aarne doesn’t speak such great English. In fact, it’s quite limited. So when I told him that I was coming back to film him and his family for a year he just said, very casually, “Yes, yes” in Finnish. When I showed up the next fall to film him he was like, “Oh, what’re you doing here?” So I think he didn’t really know exactly what he was signing up for but he immediately welcomed me into the family.

Filmmaker: You took a break and came back? How did the shoot progress in terms of time frame?

Filmmaker: I imagine you started cutting before you finished. Did it become clear while shaping the piece as it went on what you would need to make the movie work?

Oreck: I’m a really intuitive worker. So I knew from the very beginning sort of exactly what the film was going to look like and how I wanted it to feel. I knew I wanted it to be in all four pieces. Editing as I went along wasn’t really changing the way that I was shooting. I was shooting myself for the first time and I was working with footage that was exactly the way I had originally envisioned it in my head so that was really surprising for me to do that. It made it almost harder to edit, because, I took the shots because I wanted to. The first cut of the opening scene was two hours long. I had to really trim a lot, obviously.

Filmmaker: What was the most surprising thing or unexpected thing that you learned about reindeer herding and the lives of reindeer herders?

Oreck: That’s a hard one. I suppose the most surprising and shocking thing is just how unsustainable it is. Not because of the way that they do it, but because of the way that the world has forced them to adapt, because of climate change, because of the global market, because of predator management laws and all sorts of EU regulations. They will probably be the last generation of reindeer herders. It’s just so impossible to make a profit herding reindeer; that part is pretty shocking. It’s not surprising, but it’s upsetting for me. I wanted to talk a little bit more about the difficulties of being contemporary independent farmer and how nearly impossible it is to maintain a lifestyle that way.

Filmmaker: The film is more geared toward the process of the work, but I’m curious in your time with them did you get a sense of that concern or worry that they’re at the end of something? Is there kind of a mournfulness?

Oreck: They don’t really have time to mourn or worry. They’re so involved in their process that they really don’t spend all this time with this forethought of grief. I mean, certainly it’s upsetting sometimes and they talk about it. The younger brother’s wife speaks English quite well and she and I have become quite close and we’ve talked about it on many occasions. But it’s a rare moment for them to have down time to just sort of feel sorry for themselves. They’re not really that type of people anyway. They’re quite positive a lot of the time and they just work so hard, they don’t really have time.

Filmmaker: What was the toughest thing about shooting out there with them? I mean the conditions are quite rugged, clearly.

Oreck:  It could be quite rugged. I got frostbite, which is hilarious in retrospect but not so much at the time. I was on the back on Aarne’s snowmobile and he turned around at one point and he says the Finnish equivalent of “Oh, no! Your nose froze!” And I said, “Oh, I know, it’s really, really cold”. And he said, “No, no, you lose nerves.” And I was like, “Wait, what? Wait, wait, wait, what?” So he took off his mittens and warmed up my face and built me a fire and told me, “You stay here for two hours.” So I just sat there in the wilderness with this fire trying to warm up. I would say the hardest part of the shoot was actually getting the rest of the cooperative to accept me, even if some of them never did — at least they would ignore me, which was the most I could hope for. That was hard; there are a lot of politics in the cooperative.

Filmmaker: Did you try to film other members of the cooperative with more frequency than they appear in the film?

Oreck: Sometimes I did film others, but I was really focused on Aarne and Lasse most of the time. Also because I just already had so much footage of them I just didn’t feel like I could continue to film other people. They worked together so I didn’t want to exclude them either. It was just a matter of trying to balance the politics with the purpose of the film, because definitely it gets complicated when you pick out one set of brothers from a group of 30 guys. I wanted to meet new people and everybody else I’m not going to pay attention to. That always exacerbates situations.

Filmmaker:  Have you been able to screen the film in Finland yet?

Oreck: We did a screening for the cooperative last year. And then we have our Finnish premiere this month at Dupont Health.

Filmmaker: How did they react to the film?

Oreck: They’re cowboys so for the whole time they sat there with their arms crossed and nobody laughed or said anything and it was very intimidating. I got up afterwards to answer questions with a translator because they don’t really speak English for the most part. One of the wives of the herders asked if I thought that American audiences would be confused because there was no explanation of what was happening a lot of the time. I explained that I really wanted the film to feel like my experience, which was sometimes very isolating and never had any sort of explanation. So I was always just trying to figure out what was happening on my own, not being able to speak much Finnish and not knowing anything about reindeer herding, just having to figure out why they were doing what they were doing. I really wanted the film to feel that way.

I spent a lot of my time confused, but it seems like it makes sense, and that got translated and then everyone laughed. That’s when the herders thought that if only if I was making fun of myself then they could laugh at me. So they in the end I think really liked it. They all came up afterwards and shook my hand and told me, “Good job,” and that it felt like their lives. So I think that’s the most I could hope for.

Filmmaker: Is there one thing or one aspect of their lives that you captured that really was meaningful to you, but for one reason or another it couldn’t find its way into this film? And if so what would that be?

Oreck: There were so many, there were so many. There’s so much that they do that I couldn’t include, but something I wish I could still share was the fact that the younger brother’s wife uses every part of the reindeer for her craft. So she makes boots out of the reindeer skins and jackets from the leather and purses from the leather and uses the antlers and the toenails for jewelry. She just uses every part of them. It’s a really beautiful process to watch her work and her work is beautiful. On top of that, it’s so satisfying to watch everything get recycled in a way. That’s something that we obviously don’t do very much here in the U.S., but it’s really a pleasing full cycle process to observe.