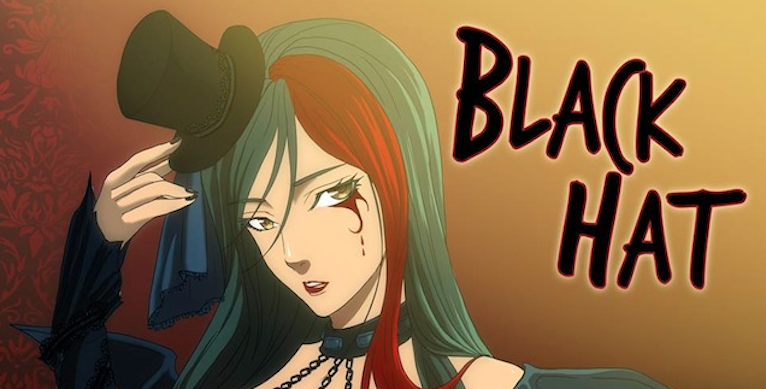 by Sarah Salovaara
in Filmmaking, Financing
on Feb 4, 2014

Any panel, roundtable or seminar that concerns technological advancements in film is bound to hit upon the issue of audience engagement. How we can best make use of the embarrassment of riches the internet affords us in finding the right people to watch our film.

Filmmaker Robbie Bryan has managed to collect (at the time of this writing) 235,427 Facebook likes for his upcoming film Black Hat, that’s still only in the development stage. He’s leveraged his fan base into an ambitious Seed & Spark campaign, interacting with them along the way and soliciting their input in the shaping of his script. Is this the new meaning of collaborative filmmaking?

Filmmaker: Something that’s a constant subject of discourse these days in independent film is your audience — defining your audience, and then reaching them by the appropriate means. How did you come across the world of anime and cosplay, and what interested you about it?

Robbie Byran: I’m relatively new to this world. Basically, one of the producers on Phonebooth called me up and said, I have a guy who will finance a movie with his 15 year-old daughter in the lead – something that’s a relationship movie, clean, with a relative of sorts. I didn’t have anything like that, but I’m a writer, so I immediately thought to explore a relationship with this girl and her grandfather, because I’d never had one. So it was just about how can I make this interesting, what can I do that hasn’t been done a lot. A lot of the times I go and surf the net for inspiration, and I came across an article about anime and cosplay. I thought it was cool, but that I needed to learn a lot about it if I was to represent it properly. For two months, I went to the Cheshire anime club, and interviewed them, and watched more anime, and got drawn in by their passion. I started going to cosplay conventions, which, there’s two in the country every weekend. It’s a huge underground world. I thought it was a fresh, exciting way to have a new take on a road trip movie. There’s going to be 11 minutes of anime within the film, because the lead girl is an amateur manga artist.

Filmmaker: Did you feel that this potential for an audience guided you in the direction that you ended up pursuing? With respect to the storyline, characters, etc.

Byran: I had a basic story about following your dreams, and there is a big teen bullying aspect as well – so, if the movie is successful, I want to start a Skype or website where kids can talk to people if they need to. We started the Facebook page almost two years ago, and to date, we have over 230,000 [likes.] When I started to write the movie, because I was new to it, I was able to ask the fans for ideas and input. I’d say, “Hey guys, if I’m creating this, what’s important to you, and what do you need to see.” They gave me lots of advice, like make sure the guy who does the anime is Japanese and not American to stay true to the art form. Every time I wasn’t sure about something, I would have hundreds of thousands of people to bounce ideas off of, and what a great thing.

Bryan: I had been fairly successful in my other movies, on a much smaller level, in generating internet buzz. So, I’ve learned how important social media is in terms of creating the buzz and carrying it to the production level. I got the page up, and I started talking about a few things, but then one day, I posted a picture of a cosplayer and instead of getting five or ten likes, I would get 500 in a half an hour. Through trial and error I figured out that this is a very visual crowd, and you had to engage that. We’re the 146th Facebook movie page of all time, and we haven’t even shot a trailer yet. And because of that, ICM had me up to their office to cast the lead character, because I could prove to them that I had an audience. That really lets you know how important social media is. Also, I mentioned Cassie to you – a girl who was a supporter of Black Hat recently passed away, and I said that I would create a character in the movie to honor her. So her father, Logan, has organized a huge fundraiser in New Orleans for Comic Con this week, and we’re all going to go down and try to raise some money. That sort of behind the scenes stuff gets everyone really engaged.

Filmmaker: Why did you choose Seed & Spark over Indiegogo, Kickstarter, or any other crowdfunding platform?

Bryan: That’s a tricky question. I was hesitant at first, because we have such a high asking price. But basically, what happened is two producers – independent of each other – took me out to lunch when our page hit 200,000 likes and basically said, you’re a fool if you don’t try to raise money off of this. One of them, who was an AD on my first movie, and is now on the board of Seed & Spark, Darren Goldberg, said just go talk to these guys. So I met Erica [Anderson] and Amanda [Trokan], who are two higher-ups there, and I just fell in love with their drive, and their passion. I didn’t want to do Kickstarter, because I didn’t want to undershoot it, as you can only get to keep the money if you make your goal. And I didn’t want to do Indiegogo, and just take whatever I could, because it’s still just a drop in the bucket – it’s a $2 million budget. I didn’t just want to keep people’s money, I wanted enough to get it made. Seed & Spark provides what the other two don’t: it’s hands-on and they do it for the filmmakers.

Filmmaker: So how did you manage to nab Masao Maruyama? I understand he’s something of a big deal.

Bryan: Masao is going to do the 11 minutes of anime, that’s peppered throughout the film. One of the tricky things with this is to stay true to these kids, your audience, and listen to what they love. We had to get these people, who are in Japan, so I immediately started to network and talk to people who could perhaps introduce me, and connect me to these manga artists. I was introduced to him through connections in Los Angeles, and it was cultivated over six to eight months, just a lot of “Can you introduce me to Masao? Can you introduce me to Masao?” It’s the same thing with going out after actors. And now it’s time for me to finance the film, so I can lock them in contractually.