Michelangelo Antonioni on the Utility of Mystery 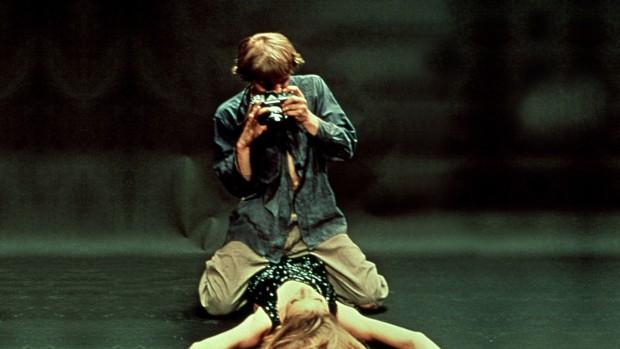 by Scott Macaulay
in Filmmaking, Screenwriters
on Mar 5, 2014

Michelangelo Antonioni’s work is known for, in addition to many other things, a certain open-endedness in its exploration of theme and narrative. But, you may be surprised to learn that the writer/director could be a bit more on-the-nose in his scripts. At Dangerous Minds, Paul Gallagher references a 2005 interview in The Guardian with Peter Bowles, who plays a drunk partygoer in Antonioni’s Blow-Up. In the original script, he had a monologue that nailed the themes of the movie. However, before shooting, Antonioni decided to cut it. The actor, feeling the speech was “essential to the film,” confronted Antonioni, pleading with him to restore the dialogue. But Antonioni said no, in the process explaining how his films produce the sense of mystery that they do. Here’s Bowles from The Guardian:

So I launched into an explanation of why he shouldn’t cut the speech. He listened, and listened, until finally I ran out of words. There was silence. So I said, “Erm, sir, are you going to put the speech back in now?”

But there is a speech, which I have, which explains exactly what the film is about. It is all there in the film, if you know where to look…