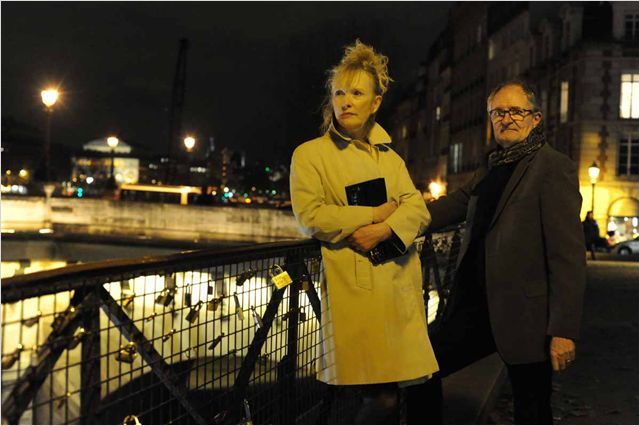 by Brandon Harris
in Director Interviews, Directors, Interviews
on Mar 14, 2014

For aging, married academics Nick (Jim Broadbent) and Meg (Lindsay Duncan), romance doesn’t come so easy anymore in Roger Michell’s wise and often very funny anti-rom-com Le Week-end. They jet off to Paris to recapture some of the spirit of their initial honeymoon 30 years before. But the trip is miserable from the start. She refuses to stay in the hotel from the honeymoon, sickened by its beige paint job. They check into a place far too expensive for their budget and enjoy the view of the Eiffel Tower, but little magic is rekindled with Meg, who is especially uninterested in sex while Nick fears she’s had an affair. They meet up with Morgan (Jeff Goldblum), a celebrated American writer and ex-colleague of Nick’s who lives in Paris; you can cut the schadenfreude with a knife. Should these people still be together? That’s what Michell’s deft and energetic film seems to be asking long before the two begin asking it themselves.

Novelist and screenwriter Hanif Kureishi (My Beautiful Laundrette, Sammy And Rosie Get Laid) reunites with director Michell (who’s previously worked with Kureishi on The Mother, Venus, and the miniseries The Buddha Of Suburbia), and they discover a disarming, freewheeling rhythm. Broadbent and Duncan are at their abrasive and long-faced best in scene after scene, amusement never far from melancholy, moments of jest and play hiding the dissatisfaction of wasted potential and roads not taken. Openly quoting the New Wave cinema that used to be made of these same Parisian streets, Michell and his collaborators wisely don’t get in their own way with plot contrivances or unlikely outpourings of melodrama; Kureishi’s script, which, in less capable hands, could be obvious in at least half a dozen ways, makes no false moves either. 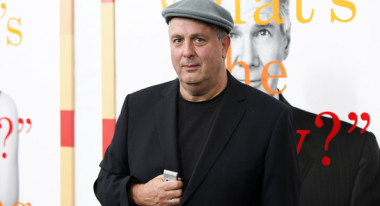 Filmmaker: You’ve collaborated with Hanif Kureshi many times. How did this one grow out of that longstanding collaboration?

Michell: Yes, we’ve done several films now. We did The Mother 15 years ago or so. Then we did Venus, which was about a teacher who had an obsession with this very young bossy girl from the north of England. But the film isn’t really part of that accidental passion. This is really a film more about us, I suppose. I think it comes from the age we’re approaching [the ages of our characters], me and him. I’m heading for 60; this year I’m 58. The people in our film are probably 62, something like that. And then looking back on the sort of the youth that we had — you know, I was more the contemporary of Jim Broadbent, and the things that Jeff Goldblum talks about at the dinner party were the things that I remember from being young. These people are reflecting on a youth of watching these old art films, of being politically active, of enjoying both the excitements and the perils of the ‘60s. So I suppose this film is more obviously autobiographical than the other two films are.

Filmmaker:  Are you very involved in Honif’s process? Was this obviously a film he was writing for you to direct?

Michell:  Oh yeah, all together on this one. We were cooking this up when we were doing publicity talks for Venus years ago. And then we decided to do a film about a couple on a weekend away in Paris. And we went to Paris for the weekend. But we didn’t go for the weekend, we went a week. We went and did many of the things they did in the film. We stayed in a crummy little hotel. We wandered around. We ate in nice restaurants, we argued, we bickered, we discussed the world, our lives, our wives, our future, our past. And we made notes and started collecting evidence as to what the film’s going to be about. And it’s been a long time coming. It’s been six or seven years during which we’ve both done other things, made other films, directed plays. He’s written novels. So this is a kind of a way we have of keeping our friendship stoked with ideas and keeping a dialogue going between us. So it’s very much a collaboration.

Filmmaker: Did you always plan to work with Jim or did he come out of the casting process?

Michell:  Yeah. When you start working on a film you start to think about who might be there. I suppose you start running the film in your mind with those actors and actresses in the role, and you get up to a certain point or page or a theme and you think, well no that stuff will never work with her. You know that bit works with her, but that will never work. So you have to go back and put another face into your imagination. So Lindsay came into the film very early on. It seemed that she was the obvious person to cast, and Jim a little bit later. I’ve always loved Jim. I sent him the script on a Friday and on the Monday my phone went off and he said, “Yeah, I’d like to do this.” So that was easy and quick. And then we started reading the film around my kitchen table with Lindsay and Jim and people standing in to read the Jeff Goldblum part, because we hadn’t cast him. And slowly, slowly, you know, we learnt a little bit more about the script and where it should go and how it was working and how it wasn’t working. Jeff’s part was originally French and then, briefly, it was Indian, I believe. And then he became American, and I think we kind of wrote it with Jeff’s voice in mind. We offered it to Jeff. And you can imagine [we were] very pleased when he said he wanted to do it.

Filmmaker: I’ve read elsewhere you talk about how you’re very much into preparation. You’re not a director who’s terribly intuitive on set. You have a plan and you want to stick to it. And yet what’s interesting about this film — and I think you have discussed this — is how the characters are remembering the New Wave movies they watched when they were young. And the movie at times has editing rhythms and stylistic tropes that resemble those films, at least in a superficial manner. Was that something that was designed from the very beginning, that feeling and those rhythms?

Michell: It was a little planned. I like to be intuitive when I’m shooting, but you can’t rely on being intuitive when you’re shooting. Sometimes you’re just so fucking tired and so stressed out and so overwhelmed by the practicalities, the difficulties, the technicalities of what you’re doing, that it’s hard to be intuitive as well. Especially when you’re constantly looking at your watch, constantly aware of time slipping away. The luxurious nature of being intuitive is always my goal, but I find that I have to have something, I’ve planned in my imagination to at least start with. A plan, which I can put into effect to at least begin the day. And sure, yeah, the whole idea about the past and the fact that these people are trying to be in a kind of version of Breathless and yet the reason it’s Breathless for them is that they’re old and they pant when they get upstairs — that was very much part of the way in which the film was conceived and the way in which it was shot and made. It’s shot very simply. It’s shot usually just with available light. We didn’t have a generator with us. We shot a lot of it handheld using real streets, real people, like they did in the ‘60s in fact. The film, in a way, is a series of references; even the title is a reference to a Nouvelle Vague film.

Filmmaker: What did you learn about your material while shooting the film?

Michell: I think you learn everyday. You learn every day the hard way. You know, you don’t always get exactly what you have in your mind, but you find something else. You learn from your actors. You learn to love your actors. They teach you, they guide you and you guide them. It’s a gentle, rhythmic collaboration.

Filmmaker: How closely does it resemble what you guys went to battle with in the shooting script?

Michell:  There’s a couple of scenes that you know the minute you see it in dailies — suddenly you think, wow ,why did we bother shooting that scene? It’s so obvious all that stuff was never worthy. Whenever you make a film there are scenes that you would fight to the death to preserve before you start shooting. And the minute you see the film starting to develop on its own legs and wander around, you realize it’s obvious you don’t need it. You know, you don’t need to shoot it twice or three times. I know a couple of other moments where we just got it wrong in the script. We released information at the wrong time, or we made it clear that she wanted to leave him at the wrong time. There were a couple of false starts, you might say. There was a very peaceful scene in the graveyard for example.

Michell:  Yeah. In that part of that cemetery there was a long scene, which was removed from the film, where she says that she wants to live on her own. And it was peaceful, beautiful, and I loved shooting it. And yet it fucked up the next 12 minutes because it’s important that she doesn’t say that until they’re sitting in that restaurant together. She said it twice after that meeting.

Filmmaker: Are there tactics you would use or employ with actors earlier in your career that you’ve maybe grown out of or that you’ve learned not to do? How has your craft changed most significantly since your earliest pictures in the ‘90s?

Michell:  I think I’m getting slightly better at directing. It’s a very hard thing to do, and I’m getting slowly, slightly better at it as I do more and more of it. In a way, it’s all intuitive, it’s all instinct. It’s all stuff that you don’t know that you know that comes to your rescue. And it’s taste, you know, it’s finding your taste and then finding what to leave out. Finding what you need to show and what you don’t need to show, I suppose. It’s just finding ways of making actors feel comfortable and feel detailed and feel fully in it. A lot of it is the experience and instinct. The more you do the more your instinct banks are filled up. I feel I’m slowly, slowly getting the hang of it. But I’ve got a lot to learn.