The Kids Are All Right: Matt Wolf on Teenage 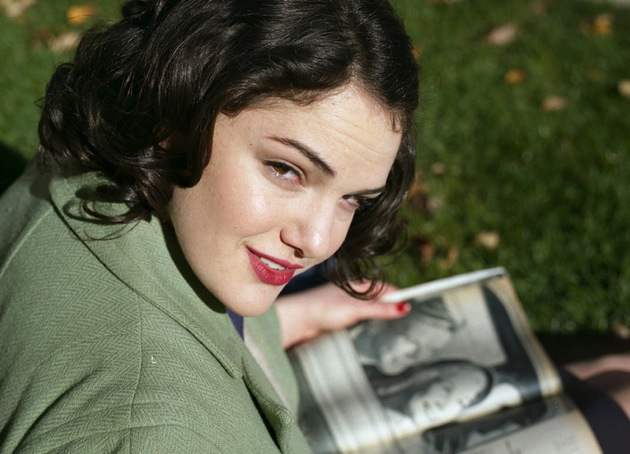 by Brandon Harris
in Director Interviews, Directors, Interviews
on Mar 16, 2014

Based on Jon Savage’s 2007 book Teenage: The Creation of Youth Culture, Matt Wolf’s elliptical and handsome documentary Teenage delves into the history of teen-hood, revealing how those formative years between 12 and 20 produced generations that were cultural forces to be reckoned with in the West during the 20th century’s earliest decades. Using a collage style that includes archival footage, newsreels, dramatic reenactments (anchored by recognizable young actors such as Jenna Malone and total newcomers found by street-casting impresario Eleonore Hendricks), the movie takes us to pre-war Germany, through the pages of diaries of midwestern 15-year-olds, and to dance halls and bedrooms — all the time shedding light on the delightfully strange evolution of “teenage” as a specific youth identity.

Wolf, a Filmmaker 25 New Face and Guggenheim Fellow (his gallery artwork is also on display in the forthcoming Whitney Biennial), takes us deep into the ways in which consumer culture and “the century of the self” have preyed on the notion of the teenage to identify new trends and indoctrinate new customers, and how political organizations on the right and left have tried to both siphon off and stifle the energies of teenagers for their own gains. As life expectancies increased, this period of pre-adulthood took on an ethos all its own. 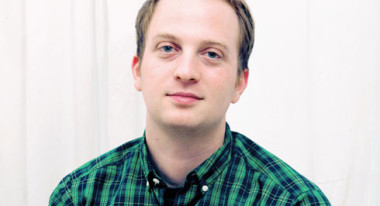 Filmmaker: Was the jumping off point Jon Savage’s book?

Wolf:  Yes I was a big Jon Savage fan, I read England’s Dreaming, which was the definitive history of punk in college. Smeone told me about his book Teenage, and I was really intrigued by its premise. That there’s this entire prehistory of youth was exciting; I’m obsessed with hidden histories and forgotten biographies. I think that’s mostly what I make work about, and I read his book with that in mind. I was really inspired by all of the youth movements and cultural histories that I’d never heard about, and also all the biographies of these kind of obscure adolescent figures. I really felt like his punk perspective was coloring his depiction of early 20th century history, and it made me think, wow there are like 20 films in here I could be inspired to do — what if I tried to make a historical documentary, but one that kind of broke from the conventions of Ken Burns and the typical PBS format What if I made something that also tried to have that kind of punk point of view? And so that was kind of my starting point. I think I’ve always been kind of interested and fascinated by youth culture, but in the abstract. I don’t think I really knew why. It was working on this film that helped me kind of define that in myself.

Filmmaker:  There’s so little information available about youth culture in the time that the movie mostly focuses on, the early 20th century. And yet I think you did a fairly great job of finding footage that expressed the various points in Savage’s book. What were the more interesting discoveries along the way that helped you cull together everything you did?

Wolf: Jon and I kind of had a rule going into the film: we were only going to tell stories that we could support with real archival footage. We just didn’t know how far back we should go, or how obscure we could get, and we were pretty shocked at what we could find. That’s not to say we found everything right away. It was a four-year research process. But when we made an initial list of topics and gave them to our archival researcher, we were pretty shocked at how much footage came back. Researchers at the National Archives in Germany and in England helped a lot. We saw that we could cover the kind of stories that we wanted to cover and then we could dig deeper for really specific things. Three of the biggest archival discoveries were the home movies of the “bright young people” dressing up in drag; the footage of the Wandervogel from the early German youth movement; and the color home movies of the German swing kids. Also the material from the Chicago swing jamboree, a jamboree where a 100,000 people swing dance in Chicago. That stuff was just really specific and obscure. So it was exciting to find it.

Filmmaker:  Did you encounter any stuff that you wanted to include but that didn’t ultimately end up in the film?

Wolf:  Yeah, I think I was trying to avoid too much general history. Is it about a youth movement? Does it specifically relate to the prevailing definitions of youth and the role of youth and society? And there was some interesting stuff like a “Nazi friend party” in the U.S. I found interesting stuff on them, like a headline of a young girl [going] “heil Hitler” from The New York Times. That’s more general history. It wasn’t really a youth movement. There was a lot of stuff like that.

Filmmaker: Given all your footage, how long did it take to get to a first cut?

Wolf: I actually did this weird thing first before doing a rough cut. I made kind of what I would call a compilation mix for the film. It was 50-60 hours of archival footage. Jon and I had met and screened footage together in Wales, where he lives, and had kind of a loose outline of what the film was. I just started editing archival footage to music. It helped me figure out what the editorial style of the film would be. But things were in the wrong order, and there was no narration, and there were no gaps for recreations or character portraits. It was just like a mix tape of all the material I found; I wanted to collage it all together and see if it felt like it could be one thing. It was a really, really helpful exercise. I’ve never done anything like that before. And it was a great starting point to create the script because it helped us see everything all in one place.

There are a lot of specific shots from that compilation that ended up in the film. It’s really hard working with archival material on this scale because archival material comes to you in a really low-resolution format and looks really bad. It’s really hard to see details in it. So it was really important for me to physically handle all the footage to get a sense of what was in there. [I found] really specific details, like a shot of a boy slicking back his hair in the 1920s, which copied the style of Rudolph Valentino in a way that would have been called “chic,” in this 1920s syphilis industrial health film. And the word “chic” became slang for a young man on the prowl. By going through [the footage] more closely and working in this way, I found those details and was able to kind of radically re-contextualize them. I juxtaposed that image with a shot of Valentino and it shows an emerging trend of young people copying a style of 1920s movie stars, which really supported my story.

Filmmaker: How many iterations did the movie go through in this phase?

Wolf: It was constantly changing. The script was in constant transformation as we were editing. Also I waited until the end to shoot the recreations, because I had all this archival footage from that research. We were able to proceed on a pretty small scale in terms of constructing the film. But creating the recreations was a big push; we were basically just getting the film ready to do that for a long time. And once we were financed and ready to go we shot those recreations, but then plugging them in wasn’t just a super-straight forward thing. It changed the film; it was like a second phase of editing once all that material existed.

Filmmaker:  Was it difficult to convince Ben [Whishaw] and Jenna [Malone] to embark upon such an unusual project with you?

Wolf: I had a personal connection to them. Another director connected me to Jenna. He had been working with her. She came in really early and did a kind of experiment with me in a recording studio, just recording first-person quotes. I thought initially the film would be narrated by Jon, from his point of view — more of a traditional essay film. But it just didn’t work, because he speaks with the authority of a kind of expert, which I wanted to get away from. He’s also British and male and older. So I was trying to think, how do I get around that? How can one point of view tell this whole story? And anyways, she went into the studio with me and recorded some stuff, real quotes that we had from Jon’s book from teenage diaries. It just felt like a really fresh approach. I also worked with Eleanore Hendricks, who you may know.

Wolf: She did a lot of street casting and drew from her files to cast more characters for our recreations. Very few of those are normal actors — most of them are just like kind of living, breathing teenagers who Eleanore had passed on the street.

Filmmaker:  How is the final version of the movie different than what you imagined at the beginning of the process?

Wolf: I don’t think I realized as I was making it how dreamy it was and how the tone of it would play out. I knew I was making something that was seductive. I wanted to make this kind of subjective history instead of an authoritative history, but I think once I stepped back and had a little space from the film I recognized just how dreamy the tone of it is. I’m happy about it — it feels appropriate given the subject matter and I think, I really didn’t want to explain the history, I wanted to express it in a way. I don’t think I fully put my finger on that while I was making this film. I think I was operating intuitively in terms of the voiceover device and how I wanted to tell the story and convey information. Stepping back, I saw how different that is, and how that arched certain people’s expectations.