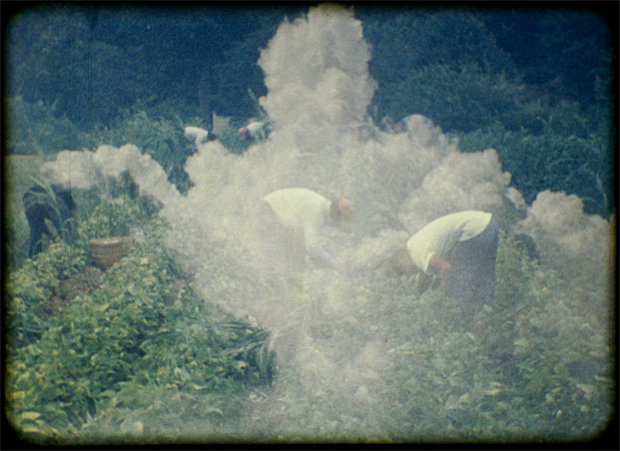 At the annual Society for Cinema and Media Studies (SCMS) conference, held in late March in Seattle, many of the conversations and panel discussions revolved around the disciplinary status of cinema, film, media, and screen studies. The cluster of terms jostling for territory in the conference’s program guide points to the crisis of identity sparked by the sweeping expansion of digital media, the emergence of the digital humanities, and the waning of actual film materials – 16mm film stock, film cameras, film editing systems – in “film” schools. “Film has died,” asserts the New School’s McKenzie Wark. “It’s decomposing. But I like dead things.”

So, apparently, do a lot of artists and students. Indeed, the slow fade of analog film, and along with it the gradual evanescence of an aesthetic paradigm, a cultural institution, and an entire history, was poignantly highlighted by visual artist Tacita Dean in a recent lecture in Los Angeles when she remarked with both surprise and admiration that students at California Institute of the Arts continue to shoot and edit on 16mm.

“At CalArts we’re still very dedicated to film,” confirms Steve Anker, until recently the dean of the School of Film/Video. “Everyone in the film and video program takes it as part of the curriculum, so they have a foundation in both 16mm and digital.” Filmmakers Betzy Bromberg, who directs the program, and Charlotte Pryce, who teaches a course titled “Alchemical Cinema,” are particularly passionate about the medium, and in any given semester, their courses will be over-enrolled, and they will uncover a handful of students who decide to pursue film as their medium of choice. “These students love the physicality of it,” Anker says. “They love handling it; they love the chemistry of it; they love the phenomenon of looking at it in a theater. And I think for people in their 20s, they like the challenge of it. There’s a youthful energy in the encounter.”

16mm continues to play a role in diverse programs across the country, more so in art schools than in film schools, where students aspire to jobs in the film industry.

“I’ve been doing an intro course to 16mm for 30 years,” says filmmaker Peter Hutton, who teaches in the film and electronic arts program at Bard College. “It’s oriented toward using a Bolex and shooting black-and-white film. It’s like a beginning drawing class, getting down to the basics. It’s interesting to see how difficult it is for young people today because they’re raised primarily on digital tools, and when you take them into a relationship with these mechanical cameras, they have to think about new things: you have to wind the cameras, load them, deal with the light meter, adjust the lens diaphragm, you have to focus.” 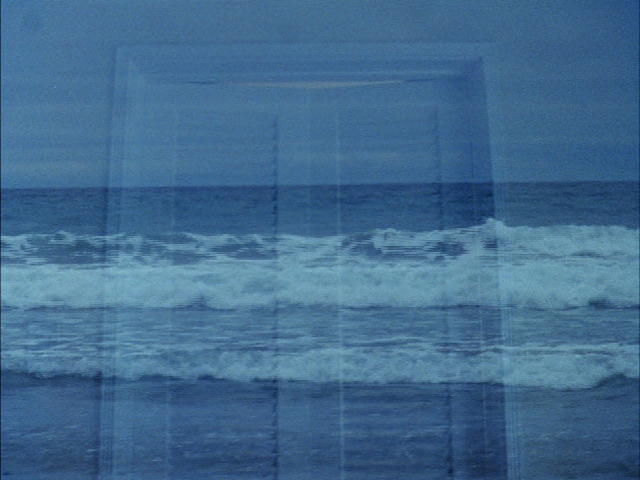 “Black-and-white is an essential language,” Hutton continues. “It teaches the foundations of image-making, with an emphasis on light. It helps students understand the need for controlling the light, for celebrating the light. It’s fascinating because our eyes are so sophisticated we never question the availability of light, and with digital you can shoot with very little light. [Film] teaches the value of lighting.”

Filmmaker Simon Tarr says that only the most advanced and committed students venture into working with film as part of a course taught by his wife Jen titled “Experimental Film Production” in the media arts program in the Art Department at the University of South Carolina; it includes exploring techniques for hand-processing. “Doing the chemistry yourself and seeing the results is very engaging,” he explains. “Any interaction with the material becomes legible. Any scratch you make becomes as valid a legible mark as the photographic aspect. That’s something that you just can’t do digitally.” Tarr points to the work of one student in particular, who has a background in physics, which she is using in order to grind her own optics. “She’s teaching us about the actual physics of the lenses,” he says. “She’s taking the handcrafted aspect and going completely over the top.”

The handcrafted film is of particular interest to filmmaker Jesse Lerner, who teaches a course called “Handmade Film” in the media studies program at Pitzer College. “The class introduces the students to camera-less filmmaking, hand-processing, direct animation, and physical interventions onto the emulsion – such as bleaching, scratching, and painting on found footage,” explains Lerner. He notes that many students now grow up using digital video and various editing programs, so that while they may know which pull-down menu to use to achieve a desired effect, they lack any real under-standing of more tangible filmmaking processes. “[Students] learn not just some of the fundamentals of darkroom chemistry, but also have that ‘Eureka!’ moment, stepping out of the darkness with film in hand, holding it up to the light and seeing the shadows that passed before the lens preserved on the emulsion. For this reason I believe that teaching film is not an anachronism but an important didactic exercise in a digital age.”

Students graduating from these programs are having an impact in sustaining film as a medium, such as CalArts and Bard graduate Laida Lertxundi, whose adamantly cinematic work has been featured in the Whitney Biennial and the New York Film Festival’s prestigious Views of the Avant-Garde program. Anker also sees interest growing internationally, with young artists buying cheap equipment, creating their own venues, even making their own film stock.

There’s a sense of nostalgia in this fascination and attachment, as well as fondness and yearning for materials and practices that are becoming increasingly rare and esoteric. At SCMS, film historian Thomas Elsaesser suggested an alternative to fetishization or nostalgia by proposing a “poetics and politics of obsolescence” in regard to analog film. In this sense, the analog and the digital remain inextricably bound, the “new” renaissance in film produced and enhanced precisely in its relationship to an evolving digital cinema, with its contrasting aesthetic and divergent cultural practices.