Why Too Many Movies Aren’t Necessarily a Problem 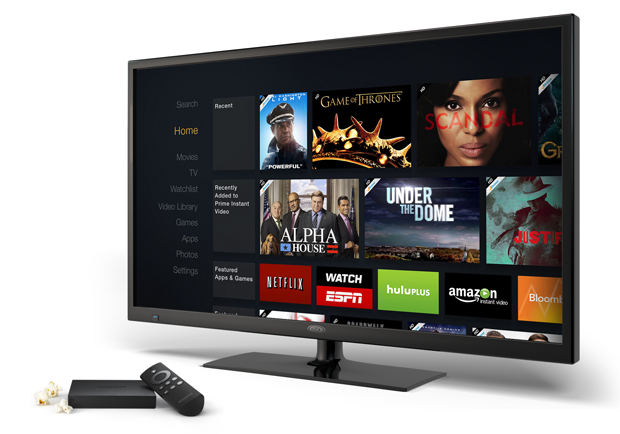 There are too many movies, so says The New York Times, Salon.com and The Wrap. And that’s a bad thing. It’s that old law of supply and demand at work, they argue, with an abundance of titles over-saturating the marketplace and sabotaging the sustainability of the art film business.

But some distribution professionals respond with a contrary and more nuanced view. There may be a lot of movies being made in the new millennium, but the ever-expanding entertainment universe is here to sort things out.

“It’s like saying there are too many books or too many paintings or too much music,” says Jonathan Sehring, president of IFC Films, who acknowledges the number of movies they’re tracking may have grown. At this year’s Sundance, for instance, he met with an agency representing at least 40 projects. “It is a change, and it is more work for everybody. It’s more work for us to find the films that are going to work; it’s more work for all the talent involved; and it may be more work for the critics. But it’s what we do.

“I don’t think there are too many movies,” he continues. “It’s just that not all of them have to be consumed by a broad audience.”

IFC Films is known for its robust VOD business, of course; along with companies such as Magnolia Pictures, Cinedigm, FilmBuff, Gravitas Ventures and Tribeca Film, IFC sees digital distribution platforms as a perfectly reasonable way to launch all those movies — with or without simultaneous theatrical releases.

“You have to look at what is the best way to connect filmmakers to audiences,” Sehring adds. “And it’s not always a theatrical release. In most cases, it isn’t.”

If a small film is good, Marchetti contends, it has an audience. “But does reaching that audience, and expanding past it, always require traditional distribution?” he asks. “Does it need three weeks in a 250-seat theater playing five showings a day? Does it need to be available on every single cable provider? Does the DVD need to be available for purchase in 1,000 Walmarts? Does The New York Times really need to review it? Not necessarily, especially when doing so costs someone, whether it be a distributor or a self-distributing filmmaker, a fair amount of money.”

While too many movies may be trying to cram into the “In Theaters Now” folder of VOD guides, according to Marchetti, that doesn’t mean they’re cannibalizing each other’s potential profits. It’s just a matter of better calibrating all those films with their appropriate-sized audiences. “I think it will get a lot better when there are better systems for finding films — whether that be curation, better UIs [user interfaces] on the VOD platforms or a more social way of sharing movies with each other,” he says.

Sony Pictures Classics’ co-president Tom Bernard, a longtime player in the indie business, isn’t bothered by the too-many-movies argument either. He says “Darwinism” still exists, separating the wheat from the chaff. “The good stuff makes its way out to the mainstream culture, and the bad stuff will makes its way in other ways,” he says. “Every movie has an audience; it’s just a question of how big that audience is.”

Another industry vet, strategy public relations chief Cynthia Swartz, a former executive vice president of publicity at Miramax, says any increase in films has not affected their business, pro or con. There may be plenty of films, she says, but the films “that are getting viable releases hasn’t changed that dramatically.”

Or produced. Production may be up in the indie film world. And acquisition prices may be down. But when a well-executed and commercial film comes along, it can still spark a bidding war and demand a hefty price tag.

Some industry professionals blame the Hollywood talent agencies for recruiting high net worth individuals and other flush financiers to bankroll more movies than the market can bear. But an agency representative says their films aren’t the problem. With stars and other vetted talent, agency-packaged movies are the ones that are viable, eventually finding distribution and recouping. If there is a glut, the agency rep argues, it’s not coming from agencies’ films but smaller productions by first-time and unproven filmmakers.

And for those smaller productions that are flooding film festivals and VOD companies, their budgets may be low enough that recouping their money may be achievable with so many new distribution platforms. So whether it’s on the high end or the low end, some industry-ites feel like a large number of movies can sustain themselves in today’s diverse marketplace.

“As the Internet continues to grow,” argues Bernard, “the venues continue to grow.” And with so many outlets, perhaps there will be a need for so many movies to fill them. Maybe the problem won’t be that there are too many movies, as Bernard suggests, “There won’t be enough of them.”