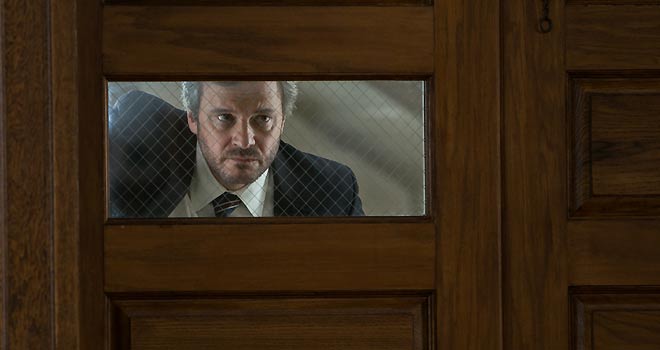 by Brandon Harris
in Directors, Interviews
on May 9, 2014

The West Memphis Three case was the subject of Joe Berlinger and Bruce Sinofsky’s much-lauded Paradise Lost trilogy (1996, 2000, 2011), as well as Amy Berg’s 2012 West of Memphis. Each documentary chronicled the ongoing evolution of a uniquely American tragedy: the wrongful convictions of three teenage outcasts in the grotesque slayings of three eight-year-olds in West Memphis, Ark on May 5th, 1993. In Devil’s Knot, Canadian director Atom Egoyan’s fictionalized retelling of the events, the teenagers who stand accused — Jason Baldwin (Seth Meriwether), Damien Echols (James Hamrick), and Jessie Misskelley Jr. (Kris Higgins) — are clearly railroaded by local law enforcement, from the police to the judiciary: in part because of appearances, in part due to communal pressure to bring the case to a close. Damien is an avowed Wiccan and the others are branded as devil worshippers, their pale skin, dark clothing and social otherness providing an easy means to brand them as perpetrators of the worst sort of crime.

While the outcome of the case is still in doubt to this day, the movie ends in 1994, long before the young men were finally released following an Alford’s Plea (where one simultaneously admits the possibility of guilt while maintaining one’s innocence, usually due to court malfeasance). In focusing on the broad injustice of the original trial, the movie harkens back not just to Egoyan’s 1997 masterpiece The Sweet Hereafter, but also to films as disparate as Fritz Lang’s M and Robert Mulligan’s To Kill a Mockingbird in its portrayal of a grieving and confused town out for revenge by any means necessary. Reese Witherspoon and Colin Firth join an ensemble populated by such Egoyan regulars as Bruce Greenwood and Elias Koteas.

The Devil’s Knot is in theaters via The Weinstein Company today. 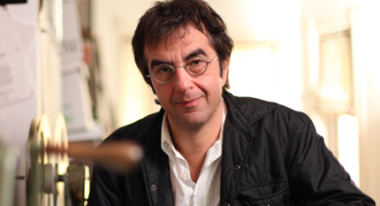 Filmmaker: I watched your film for the second time yesterday and it struck me that The Sweet Hereafter also revolves around the disappearance of young people and its effect on a community. The film is a departure for you in terms of the setting and the milieu, but there seems to be some thematic mirroring, no?

Egoyan: I was really drawn to the story. I didn’t really analyze why I was drawn to it so much, except I knew that I just wanted to push myself into this space, because it was all so factually laid out and yet somehow deeply mysterious. There’s no resolution. It was heavily mediated not only through the documentaries and the various books, but if you go online there’s so many sites devoted to it and you can see every document that was presented in court. You can see all the police surveillance tapes; all the interrogations that were made were videotaped. And now, because of the new information that was exposed, they’re online.

I can’t think of a crime that is so unresolved, so mysterious, and yet has so much evidence around it. Nothing is conclusive. I couldn’t have actually written it as a product of imagination, because no one would really believe it. This idea of structuring it around all these facts was just such a challenge, trying to present this encyclopedic view of everything that happened, all the possible theories about why it might’ve happened. To show all the things that were not entered in court, or all the things that were dismissed, to show all the errors that the police made, to show all the prejudices that the judicial system had while deliberating, certainly the judge. I really was drawn to the challenge of it. But you’re correct that at the end of the day there is this situation where people are dealing with trauma and loss. And I guess that is something that has been present in a lot of my films.

Filmmaker: There seems to be interest recently in these kinds of true crime tales that have ambiguous or not traditionally satisfying endings. I’m thinking of Zodiac and a few others. Was it difficult to find things that would leave the audience emotionally satisfied, because things seemed so unresolved?

Egoyan: I knew that by the nature of the story, the audience does not feel satisfied. They’re not going to feel that there’s any resolution, and they’re going to feel even more discombobulated, if you will, by the fact that there are these movie stars that are not doing what stars are supposed to do. Colin Firth looks like he’s Atticus Finch, he’s pencil thin, looks like he certainly can save the day. But he doesn’t, he can’t. By the nature of his role in the film there are limitations. There’s a sense of people not being able to encounter themselves and things being structured against them. It’s deeply unsatisfying, and yet it’s so intoxicating in a way to lose yourself into this space, because it’s like a Pandora’s box the further you go and the more you look at details. Certainly all the details are available.

It’s covered like no other case I can think of in terms of online presence and through the documentaries and having all these theories and books. And yet nothing brings you closer to the conclusion. I’m a huge fan of films like Summer of Sam or Zodiac, but they take a very different approach, I think. They are almost like tone poems. And this is not a tone poem, this is quite different from The Sweet Hereafter in that way. Sweet Hereafter is more poetic and I think it’s by nature a piece of fiction. Even though I’m clearly fictionalizing material, it’s all based off fact. It took a long time to edit, it took longer than any of my films by far. We spent over a year in the editing room trying to understand how to piece this all together.

I think for the people who don’t know the case, what happens with this film is that you understand the horror. But you also understand why the town collected these three young men to serve as perpetrators, how easy it was to demonize these three. You’re plunged into that yourself, and that was a challenge to depict.

Filmmaker: How involved were Damien, Jessie, and Jason in terms of research or talking to your actors or talking you through their experiences in the events?

Egoyan: Damien was not involved. He read an early draft and he had very strong feelings, which we responded to. There was an approach we were taking that we backed off from. We listened concernedly, but he felt from the very beginning that there was this version of the story that he wanted to tell. I truly respect that. After what he’d been through we need to hear his story as well. He published that book, and I think there’s some talk about that becoming a film as well, and I look forward to that. Jason and Jessie were more involved. Jason certainly was on set a lot of the time, and he was there last week at the premiere of the film in Little Rock, as were Damien’s mom and family and a lot of other people.

They were all involved in it as much as we had access—there was so much material that was on the record. In terms of the actors being able to contact them, I know that Seth who played Jason, spent time with him. Jason has been incredibly supportive of the movie.

Filmmaker: In terms of the shoot, what were the most surprising things about the material once you began actually constructing it on set?

Egoyan: What was surprising as a filmmaker was the stuff I’m still trying to sort this out of my own mind, the stuff that I felt I needed to reproduce and the stuff that I gave myself a lot of license with. For instance, when you see the pipe that the boys cross, I went to West Memphis with my production designer and we decided really early on we had to construct an exact copy of that very pipe. Why that was I can’t tell you, except it felt like it almost felt like an icon of the whole thing. Maybe it’s because it also figures so much in the documentary when you see that pipe, and there’s certain moments — like when you see the pipe after the bodies are discovered, that’s taken right from the news report that was used in the documentary. As was the scene where [mother of victim Stevie] Pam in a red dress is sporting Stevie’s Boy Scout scarf; the way she’s acting is kind of a replication of what she did to a news camera.

But then there are other things which we took tremendous artistic license with. I found this very fascinating. As a filmmaker there’s balancing between almost a documentary recreation and a heavily fictionalized approach.

Filmmaker: Was that why the editing took so long, that tension between verisimilitude in the story telling and finding ways to make the story work as a more traditional narrative motion picture?

Egoyan: Very much so. I think there was a way that we first edited which was much more creative and interpretative. But that felt wrong. It actually felt like you weren’t getting certain things, and it was very important for the people who didn’t know the case to be introduced to it properly as well, because I think it’s an ongoing case. At the end of the day, we want to show how three young boys were murdered in this town, and how three young men were sort of sacrificed at the altar of justice. That is the narrative we want to show, that ultimately there was a huge mistrial. It felt like in order to make that work we had to adhere to a certain chronology. I would say 85-90% of the dialogue is actual transcribed dialogue from the courtroom, from the transcript, from various things that were on the record. So that needed to be stuck to, but also the way that, yeah… I can’t even be specific, it’s just that yes, you’re right. That’s why it took so long in the editing.