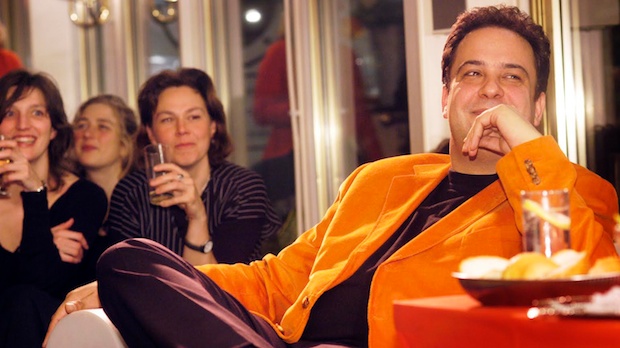 Don’t chase the wrong festival — that was one of many simple but useful pieces of advice offered by Ido Abram at the recently concluded 33rd Istanbul Film Festival.

Abram is currently the Director of Presentation and Communication at EYE, Netherland’s national film institute. In the past, he has been the director of the Binger Filmlab and the International Film Festival Rotterdam’s CineMart, the world’s first “co-production market.” He also serves on the Advisory Board of the prestigious Torino Filmlab.

Throughout his career, Abram has listened to hundreds of pitches, trained filmmakers on how to make them, judged dozens of projects and been on both sides of the counter. Simply put, when he speaks about making a film, any aspiring filmmaker would do well to listen.

At Istanbul Abram conducted an informal talk on making the best of festivals if one has a project in development. His subjects included the different kinds of festivals, the different types of pitches and how the internet is revolutionizing the process of distributing a film.

Which Festival is Right for You?

Abram began his talk by saying, “Everyday there is a film festival somewhere in the world. Maybe two.” As he explained, even Cannes may not be right for every film. Deciding the right festival for your project is the first step, and requires research. Use the internet, find the focus of a festival and choose whether visiting it will be the worth the effort. A domestic festival would be ideal for launching your film, but always make sure to attend on your festival journey a festival with a market. That’s where the industry meets, and one can meet producers, distributors or representatives of funding parties.

An audience member asked Abram what are the risks of chasing a “wrong” festival. In his answer he said that, in the first place, submitting your film to a festival “not right for it” will lead to a rejection. Even getting selected would be a mixed blessing, since people would attend the festival with some preconceived notions (especially the industry) and your film would feel like an outcast in the lineup. You want your film to be selected for as many festivals as possible, and that requires an appropriate showcase.

What NOT to do while Submitting.

After picking the right festival, Abram delved into the process of submitting one’s film and the pitfalls to avoid along the way. “[Festivals] always have too little people working there,” he said. He advised everyone to “obey the deadlines”. Festivals have them because they genuinely need time to process the submission, put the film in the database and make the selection. “It’s not like only one programmer sees the film,” he warned.

When asked about the most common mistakes filmmakers make, he said that one must give festivals all the material they need. This could be high-resolution stills or forms filled without any mistakes in credits; everything is important. He revealed he knew of rejections caused purely because the handwriting on the forms was illegible.

Follow-ups are invaluable. After submission, one must call the programming department and ensure they have received the application and can see it. This puts your film on the radar of the festival repeatedly.

The Art of the Pitch.

Abram has worked as the Pitch trainer at the Torino Filmlab for years now, and he shared some incisive information on that elusive skill. “Everybody talking to each other in the film industry is essentially pitching to each other,” he said. For him, there are three kinds of pitches:

1. The Elevator Pitch: Also known as the Cocktail or the Toilet Pitch (sadly, the latter is only for men), this encounter lasts just 30 seconds. It is an introduction to start a conversation or set up a meeting.

2. The One-to-One Pitch: A Cocktail Pitch can, hopefully, lead to this. It is an arranged meeting, where you sit down at a table for around 20 minutes and get to make your pitch for the majority of them.

3. The Forum Pitch: Probably the most terrifying of all, this pitch has you standing in front of an audience, talking for maybe 10 minutes and then fielding questions. It’s daunting, but extremely effective because everyone there is present for the same reason.

What must one take care of during a pitch? Each pitch has three stages, according to Abram. First, you must introduce yourself as a professional. Let the listener know what you have been doing. Second, explain why you are talking. Inform your audience about what you are working on and what you are pitching. By now, you should ideally have the other party’s attention so you can move to the third step: what you need from them.

In fact, Abram went on to say, all elements in a pitch must be divided into two: what you have and what you need. The things you “have” are your USPs: name, brand, script or cast. The things you “need” you should adapt to the situation and who you are talking to. It may be money from someone and support from someone else.

Abram then delineated what makes a pitch work for him: “A personal one that adheres to professional etiquette. Why does this project matters to you? Every story has been told already. And that’s okay! What matters is how you are making it.”