Fassbinder and his Friends: Lynne Stopkewich 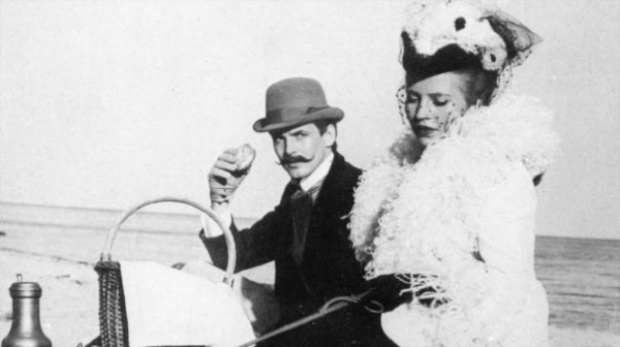 In 1997, the Museum of Modern Art programmed a Fassbinder retrospective, and we asked several directors at the time to write about favorite Fassbinder films. Throughout this weekend we’ll reprint those essays. Below find Lynn Stopkewich.

I grew up in suburbia. Was taught that everything is A-O.K. Went to art school. Was challenged to rebel. Huh?! In comes Rainer Werner Fassbinder. Based on Theodor Fontaine’s novel, his Effi Briest exposed the inner torment and social punishment a woman suffers when she is forced to repress her true passion by a community in which the “flawless” status quo must be maintained, no matter what. The film is a brilliantly melodramatic piece which maintains a cool, aesthetically driven tension and thereby creates critical distance. It was like Bertolt Brecht meets Douglas Sirk. After that, things for me were never the same. I painted the opening quote from Effi Briest on my bedroom wall in black: “…or, many who have an inkling of their possibilities and needs nonetheless accept the prevailing order in their head in the way that they act, and thereby strengthen and confirm it absolutely.”

I decided to become a filmmaker. My folks were mortified. Through Fassbinder’s films, I could see a way to express my suburban angst in both a seductive and subversive way. He made the invisible visible and did it in a way which, I believe, profoundly changed world cinema. Given our post-postmodern state of affairs, Fassbinder’s cinema, with its intensely controlled yet passionate eye, is truly timeless. — Lynne Stopkewich