Fassbinder and His Friends: Ira Sachs 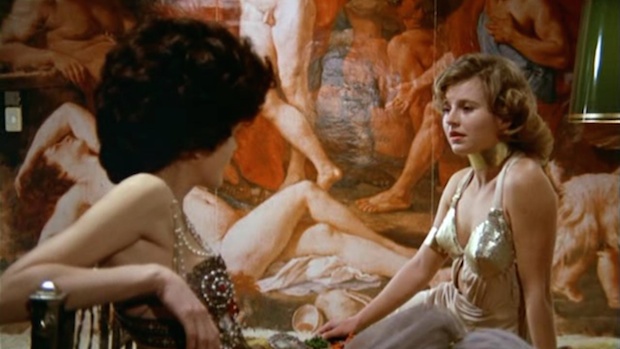 In 1997, the Museum of Modern Art programmed a Fassbinder retrospective, and we asked several directors at the time to write about favorite Fassbinder films. Throughout this weekend we’ll reprint those essays. Below find Ira Sachs.

I cannot name one favorite Fassbinder film, because I like different ones in different moods. The three that I think about most often are Ali: Fear Eats the Soul, The Bitter Tears of Petra von Kant, and Veronika Voss. Each of these films combines a ripe sadness with a simple beauty that leaves me in a perfect state of melancholy. They are also the three that have moved me the most directly without any need to be an intellectual about it. Like the first time I saw Sirk’s Imitation of Life when I was a teenager and found myself crying unexplainably. It was before I knew Sirk was “Sirk,” and the movie just got me. Those Fassbinder films work for me like that. I guess I like the ones that I think of as “women’s pictures” more than the early ones that come out of the anti-theater, or the more obviously gay ones, which are suffused with so much cruelty. I don’t think Fassbinder liked men all that much, gay or straight, actually. He might empathize with men, but he saves his sympathy for the women.

Having made so many films so quickly, Fassbinder seemed to avoid two important things in his work: preciousness and self-importance. Since there was always another movie, each one was not burdened with being “big.” Maybe in his last years that changed somewhat, but in most of his career he knew the power of a small story well told. Supposedly, if something was not working out while he was making one film, he would say that he’d fix it in the next one. Keep going, move on. I think that’s how he managed to take so many great risks; he had the courage of imperfection. But he was never careless, and I believe that was because his intentions were always very clear: to provide images, and tell stories that have as much feeling as possible; not emotion, which he often instructed his actors to hide, but feeling.

I don’t think Fassbinder was an inventor like Welles or Ford, for example. His mise-en-scene might look like Ophuls, his plot lines recall Sirk, but he was throwing it all back at the audience in his own utterly singular way. His genius was synthesis.

It might have something to do with the fact that I don’t understand German and have to rely on the subtitles, but his characters speak so bluntly. They speak their emotions. He seems fearless of sentiment, and I admire that. — Ira Sachs