Scenes of a Crime Subject Adrian Thomas Found Not Guilty, Released From Jail 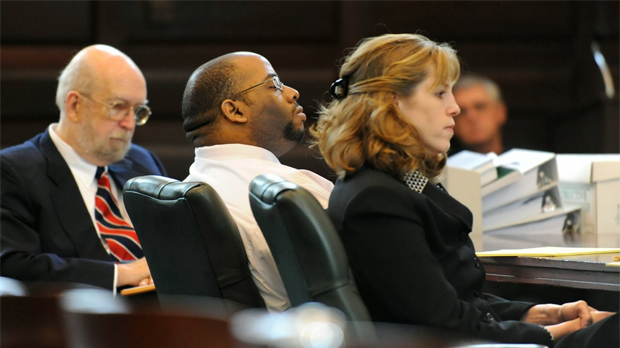 Scenes of a Crime

In the activist vein of The Thin Blue Line and the Paradise Lost trilogy, documentarians Grover Babcock and Blue Hadaegh’s Scenes of a Crime investigated the coerced confession of Adrian Thomas, a father convicted of killing his infant son after ten hours of rough interrogation. The evidence pointed to the baby dying of sepsis (a full-body bacterial blood infection), but Thomas was convicted and incarcerated regardless.

The film played in theaters in 2012 after winning the Filmmaker-sponsored Best Film Not Playing at a Theater Near You IFP Gotham Award. “We’ve all heard stories about false confessions and those triggered us to find out what really happens in an interrogation,” Babcock told Scott Macaulay in a November 2011 interview. “It was one of several ideas we were developing, and when we came across this case, which was so richly documented, well, we have this test: when we look at each other and we say, ‘Are you gonna be able to live with yourself if you don’t make it?'”

Their involvement was just one part of a concerted effort to get Thomas a new trial. Yesterday he was acquitted of the crime in a new trial, bringing his nearly six-year legal saga to an end. In a Facebook post, the filmmakers write:

We are overjoyed a jury in Rensselaer County has today granted Adrian Thomas the freedom he richly deserves. Our relief is tempered by anger that Adrian spent over five-and-a-half years in jail and prison while the Office of the District Attorney prosecuted – and re-prosecuted – a concocted crime. […] The Adrian Thomas story now stands as a case study in police and prosecutorial misconduct, combining derangement over “Shaken Baby Syndrome” suspicions with abusive police interrogation practices, and in the 2014 trial, the problematic use of jailhouse informants. Untold numbers of wrongful convictions have resulted from each of these factors.

You can read their statement in full here. A detailed recap of yesterday’s court proceedings can be found here.