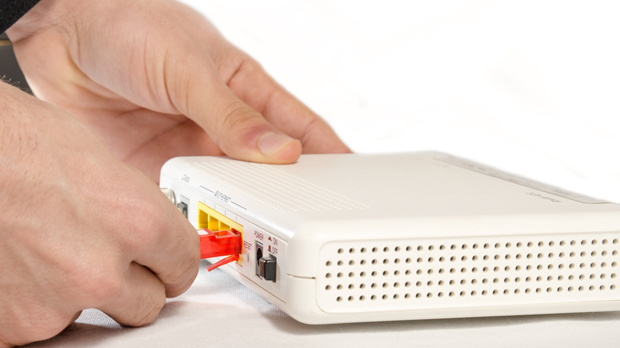 In the battle between big telecoms and tech companies over the issue of net neutrality, independent filmmakers are inevitably going to be collateral damage.

While the Federal Communications Commission (FCC) hasn’t yet gone forward with plans to allow Internet Service Providers to charge websites for faster service, the current proposals suggest that challenging times are ahead for media makers and companies who use the Web, with potentially higher costs and increased barriers to entry.

As Jamie Wilkinson, CEO of digital distribution platform VHX questions, “As the market gets more crowded, will the prices be driven up?”

Without the deep pockets of a Mark Zuckerberg or Steve Jobs, smaller Web-based indie film delivery platforms could find themselves financially strapped as a result of the increasing cost of doing business in a multi-tiered Internet universe.

“I want to ensure that our films are not discriminated against,” says Dan Aronson, founder and CTO of Fandor, who worries that increased costs will hurt both filmmakers and consumers. “If we have to spend more money to deliver the content to end-users, it’s going to have to come from somewhere — either our piece [of the revenue] or the filmmakers’ piece, or we’re going to have to pass it along to consumers.

Self-distributing filmmakers, for instance, who are streaming their movies via any number of digital platforms and can’t afford to pay for faster service, may find viewers complaining of interrupted downloads or endlessly “buffering” streams.

As Vimeo CEO Kerry Trainor explains, the proposed changes aren’t just about “how fast you are getting your favorite programming. It’s about affecting services that empower people to share their content around the world.”

And not just on sites such as Vimeo or YouTube. Higher costs charged by ISPs could then potentially hit a wide swath of the film business, from viewing sites such as Withoutabox and Festival Scope to the film festivals and sales companies that utilize them.

“I do think it is a fundamental threat to the Web,” Trainor adds.

There are also more immediate consequences for digital distribution start-ups as a result of the proposed FCC rules, according to VHX’s Wilkinson. During this period of haziness, when no one knows what the FCC will decide or how ISPs will react, a potential pullback from venture capital could incur. “Investors respond very poorly to uncertainty,” he says. “If they know how much more it’s going to cost, we can build that into the margins, no problem. But this [uncertainty] is worse.”

Investors may also view the Web as a less promising place for growth. As prominent tech venture capitalist Fred Wilson warned on his personal blog, “The era when anyone could launch something and compete on a level playing field with the incumbents will be over.”

But many Internet-savvy CEOs and scholars suggest the proposed FCC plans regarding an Internet “fast lane” are a bit of a red herring, obfuscating the preferential treatment bigger companies already receive on the World Wide Web.

“We think it’s a free and open Internet,” says University of Pennsylvania professor of Cinema Studies Peter Decherney. “But there’s always a gatekeeper, and usually there’s a toll at every gate.”

According to Decherney, author of Hollywood’s Copyright Wars: From Edison to the Internet, it’s not clear whether “net neutrality” has ever existed. The current FCC proposals affect what’s known as “the last mile” — the link between ISPs and homes or offices — but companies already strike deals to manage traffic problems arising before that final leg. “The Internet is all about congestion and managing congestion, so Netflix and Google have cached different files in different places, and they hire other companies, such as Level 3, to help them get packets of information to consumers more quickly,” Decherney says.

Consequently, such companies have a greater competitive advantage when it comes to delivering their content. Rick Allen, CEO of SnagFilms, says it’s “naïve” for anyone to think that all content is treated equally, even if the net neutrality dream of standardized speeds is maintained. Money and marketing already hold greater sway, he argues.

For Allen, the ultimate problem isn’t net neutrality. “The far bigger challenge,” he says, “remains how independent content providers will rise above the huge sea of available entertainment and put their work in front of the audience who will be delighted by it.

But will indies be given the chance to do so? In a fair and equitable manner?

Decherney argues that some kind of net neutrality regulations need to be enforced to make that happen. “You still want to make sure companies like Comcast don’t discriminate between different content sources,” he says. “Otherwise, people will start to watch streaming TV like they used to watch TV with their antennae: whatever comes in clearer.”