Animals, Masks and the Horror of the Abject Object: The Power of Stop Motion Animation 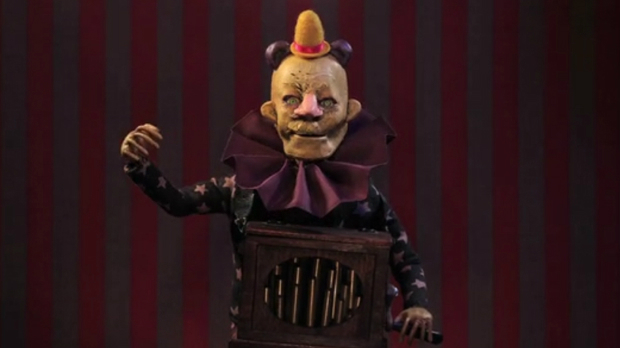 In a world where media makers are acutely focused on creating narratives filled with empathetic characters in relatable environments, it seems worthwhile to look at the role artifice has played in the past and what is being lost due to its absence. Myth is filled with hard-to-relate-to characters that evoke tension and mystery. The anthropomorphic animals of Aesop, the half animal/half human gods of ancient Egypt, the half god/half mortal heroes of Greece, and the living dead of Haitian folklore are all creatures that defy simple quantification. In these creatures we see more than just a reflection of our outer selves, we see a reflection of the cauldron that is our inner selves. Nothing truly unites us all more than the knowledge that we know nothing. The mystery of these creatures allows us to confront the infinite darkness of our unnamable souls.

Artifice distances the viewer from the characters. While this is commonly seen as a negative, it makes pathos possible. Empathy has no distance. It blurs the line between the viewer and the character. We are so caught up in the character that we cannot process and learn from the characters’ actions. Pathos is also much closer to how we experience life. I can never really be in someone else’s shoes, thus putting me there can create a cinema of solipsism, where I learn how to feel for someone else only through feeling for myself. Pathos asks me to feel for something outside myself. While I may not understand another person, I can learn to respect and feel sympathy for them. A perfect example of the emotional impact of pathos is the Greek tragedies. Masks worn during the performance of tragedies would instantly separate the audience from the performer. This allows the viewer to process the actions of the hero, instead of aligning themselves with the hero.

In her book Powers of Horror Julia Kristeva outlines how an experience of horror is made more powerful when it becomes an experience of the abject, the abject being a place of frightening contradiction. To exemplify this point she describes a visit to the remains of Auschwitz saying:

In the dark halls…I see a heap of children’s shoes, or something like that, something I have already seen elsewhere, under a Christmas tree, for instance, dolls I believe. The abjection of Nazi crime reaches its apex when death, which, in any case, kills me, interferes with what, in my living universe, is supposed to save me from death: childhood, science, among other things.

By placing opposing elements side by side — in this case, inserting an object of life into a scene of death — an experience of the abject is created. This aesthetic of the abject can be used to create a heightened, lasting and ultimately more meaningful impact on the audience. An approach of this sort is in direct opposition to how most media represents horror. Think of the numerous cop shows on every night of the week: the autopsy montages, the comic banter, and the quickly summed up plots all work to numb the power of horror. These devices make horror commonplace. Instead of stirring us to action through an evocative, emotionally moving encounter with atrocity, these types of media work as a ritual for allowing the audience to ingest horrors without upsetting their stomachs. It is easy to see how this approach creates complacency.

Nowhere else can these techniques be seen in starker contrast then in the oddball of the filmmaking world, stop motion animation. This art form has spent most of its life relegated to the field of visual effects, while 2-D animation has been the main vehicle for feature length animated expression. Now that computer animation has eclipsed stop motion as a tool for visual effects, one would think stop motion would become a thing of the past. However, in the last 30 years there has been more than a resurgence: there has been an awakening to the power of stop motion animation. The very nature of stop motion, of bringing inanimate objects to life, evokes the contrast of the abject. A stop motion puppet, like the Golem or the Pygmalion creation, is a creature of myth. Its artifice creates the distance needed for pathos. While most cinema is focused on creating a sense of relatablility and empathy through glossy sterile images, stop motion animation can serve as a bastion for the abject, the sublimated and the mysterious. Some are using technology to smooth out the kinks in stop motion animation and whether they know it or not they are deadening it’s innate power.

My film Plush will work to push the mythic and tragic elements of stop motion animation to their farthest reaches. It will be filled with characters that are human, animal and other. In line with the Greek tragic mask, all the puppets will carry one expression, not the myriad of expressions that are the current trend. The abject will be evoked through placing tragedy and horror in the colorful childlike world of a story book. Art is not a regurgitation of reality, it is a reconfiguring.

The Kickstarter for Plush is here.