Between the Familiar and the Strange: TIFF Wavelengths 2014 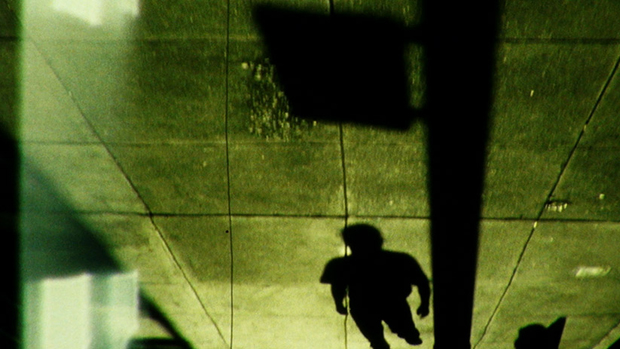 Mary Helena Clark's The Dragon is the Frame

Amidst the overwhelming landscape of the Toronto International Film Festival, the Wavelengths program provides a more tightly focused forum for experimental and avant-garde cinema. Until 2012, Wavelengths was primarily a sidebar of sorts for experimental short film programs. Eventually, it absorbed the former Visions program, and, now in its 14th iteration, Wavelengths presents short film programs alongside (or at least in relative conjunction with) domestic and international titles which challenge audiences in unique ways. I had read about Wavelengths for years and knew of its reputation as one of the primary places to see new experimental work. As a first time attendee at TIFF, it became clear that those interested in Wavelengths shorts are also interested in Wavelengths features, and, given the nightly sell-outs at Jackman Hall, this excitingly goes both ways. This year, Wavelengths featured four short film programs and twelve feature films. For personal and practical reasons, I will focus on the short films.

Impeccably curated by Andréa Picard, each Wavelengths program showcased a diverse range of films engaged in various modes of aesthetic, historical, and social inquiry. Loosely arranged by their titles (Open Forms, Something in the Atmosphere, Tales Told, and Night Noon), the programs could be individually explored as a series of refractions emanating around a central, if open-ended idea. However, the films’ fragmentary nature resists such fixity in the ways they are watched and remembered. Instead, they extend the familiar parameters through which viewers consider cinema, recognizing moving image making as a slippery locus of narrativization, memory, and documentation. In this way, they ask for a (sometimes frustrating) sense of wandering, or, perhaps, propose the viewer and filmmaker as unmoored wanderers — in tune with, yet constantly surprised by, the small gestures of the world around them.

Alexandre Larose’s brouillard –passage #14 – the first film in the first program – immediately provided a sense of spectral wandering through an uncanny landscape. Shot on 35mm with a wide angle lens and edited in camera, Larose uses multiple superimpositions (I’ve heard more than 20) to create an ever-shifting atmosphere that simultaneously expands and recedes in depth. Foreground and background dissolve into an expanse of brilliant colors which seem to sway with the wind. Recalling Richard Long’s canonical photograph A Line Made By Walking (1967) and “walking artist” Hamish Fulton, human action marks the landscape while remaining out of sight. Once figures do emerge – their fragmented bodies slowly trotting down the pathway – the space transforms into something almost supernatural. The familiar landscape becomes a playground for ghosts.

Shambhavi Kaul’s Night Noon conveys disquietude and percolating conflict amidst the desolate landscapes of Death Valley. Through a series of sharp edits, Kaul brings together the past and present of several isolated locations (first, Zabriskie Point; later, somewhere in Mexico) through an understated collision of eroded surfaces, rushing waters, and the open skies. Here, in an impressive reconfiguration of familiar cinematic language, the sea returns to the desert, the earth meets the heavens, and night greets noon. A bird of the air and beast of the earth are the only two witnesses of this strange re-rendering of geography and geology. The animal agents face off in an bizarrely thrilling showdown – Dog vs. Parrot! – highlighting the film’s underlying, unspoken dialectic and propelling the reversed topography apparent in the final sequence. Ultimately, Night Noon cleverly inverts spatial relations and recognizes the congruity between the landscape’s ongoing erosion and the living actors’ geographic displacement; the landscape and its inhabitants are tethered together in a state of perpetual mutability.

Spatial dislocation found a different mode of address in Basma Alsharif’s trance-film-cum-travelogue Deep Sleep. Shot in Athens, Malta, and the Gaza Strip while under self-hypnosis, Alsharif fluctuates in and out of consciousness, temporarily appearing in different civilizations in various states of ruin. Her interest in self-hypnosis corresponds with an engagement in bi-location, a psychic ability to be in two distinct places at the same time: past and present, here and there, now and then. She refers to the condition of bi-location as inherent to the cinematic medium; Deep Sleep dynamically configures this condition as both a formal and social concern. Enhanced by a sharp red-and-blue flicker, the film vividly situates the audience’s disorienting experience alongside that of the artist on screen. The artist’s pointing finger leads the audience from site to site, often preempting the arrival of the next image or location. The ruins function in the present as indexes of the past, yet also gesture towards a contested, uncertain future. The images suggest a constant shuttling between one place and another, a series of destinations without the possibility of arrival, a habitual form of being without place, or, perhaps more appropriately, being out-of-place in every place. If this identity is preordained, then how (or why) does one move forward? This impossible question lingers through Deep Sleep as Alsharif locates a site that she calls “post-civilization”or even “post-Palestine.” Alsharif’s work will be fascinating to watch as she moves forward from such a challenging place.

Further social and historical challenges were brought on by Kim Kyung-man’s Beep, a fascinating found footage film composed of anti-communist propaganda and other sources, many produced by the South Korean Ministry of Education and Culture. An incessant “beep”punctuates many of the edits, constantly disrupting the constructed political messages of the would-be broadcast. While Kim utilizes some familiar found footage strategies, Beep’s provocative imagery anchors the film’s unique and complicated exploration of the South’s antagonized relationship with the North.

Calum Walter’s Relief returns to footage taken by the artist at the scene of a traffic accident and considers the ways in which “return” constitutes a form of loss. The black-and-white images change shape as Walter edits back and forth between one mode of documentation to another. The moving images become a still photograph which becomes a grainy photocopy which somehow starts to move again. The ambient soundtrack calls toward the initial event, while the imagery itself slowly mutates and bleeds away, out of focus and out of the frame. While some of the formal alterations occur too suddenly for a meditation on gradual degradation, Relief remains a potent consideration of the precarity of historical record and the wearing away of human and machine memory.

If slightly less concerned with the “historical record”as such, Blake Williams’s Red Capriccio provocatively assimilates the outmoded process of anaglyph 3d technology with 18th and 19th century music and painting. Following a three-act structure, the film begins with a parked police car, shifts to a decomposing interchange in Montreal, and ultimately finds itself in an empty basement turned rave room. Williams extends to film the logic of capriccio painting – in which fantastical landscapes unite multiple, disparate monuments into one unified perspectival space – yet uses swelling music and discordant rhythms in both editing and sound to break apart any sense of cinematic illusionism. Further, Williams modifies the red-and-blue 3d processes to distend the viewer’s field of vision, forcing the colors apart and shattering the utopian capriccio into fractured pieces. Right in front of the viewer’s eyes, the world is in a spectacular tail spin. Buckle up.

Rebecca Baron’s Detour de Force offers a profoundly weird, utterly fascinating look into the processes of “thoughtographer” Ted Serios, a Chicago-based bellhop whose psychic ability allowed him to transfer mental images onto photographic film. Incorporating archival film, video, cassette tapes, and contemporary footage, Baron constructs a supernatural documentary and multifaceted portrait of Serios’s practice as it was recorded with an aura of authenticity by Denver-based psychiatrist Jules Eisenbud, and just as quickly debunked by others. Baron’s editing strategies bring the viewer into Serios’ world of chain-smoking, binge drinking, and “supernatural” art making, and, importantly, grant the process a degree of legitimacy while nonetheless slyly undercutting it from the very beginning. Could Ted Serios still happen today? The film’s subtle use of disparate image textures brought on by different mediums and technologies suggests an inability to mask fraudulent forms of image making, assuming one maintains a keen eye towards process and aesthetic. In other words, we’re all doomed.

While Detour de Force uses archival distance to showcase a dubious portrait with contemporary relevance, Mary Helena Clark’s deeply personal The Dragon is the Frame indicates the bifurcated nature of identity and painfully reveals the impossible gap between portraiture and self-portraiture. Both a tribute and elegy to genderqueer artist Mark Aguhar, The Dragon Is The Frame operates as “an experimental detective film” offering elliptical, perhaps recondite visual and aural clues in search of a lost self. Clark shoots images around San Francisco in which horizontal, vertical, and diagonal lines recurrently bisect the frame, establishing an internal motion and unspoken, uneasy dynamic even in the most mundane of images or actions.

Intermittently, Aguhar’s YouTube videos interrupt the journey. Yet they too are obscured: the frame is too high or low, causing the image to break across the top and bottom of the frame. Clark activates all sides of the frame in this search. Between the edits, the focus perpetually shifts. There is no unified, single plane of vision, of seeing, of knowing; instead, something is always masked, mirrored, obscured, split. These strategies continue until the end. Nearing the conclusion, the mystery appears to be “solved.” Aguhar’s video appears as a whole, united across the frame. For the first time, the image is clear, unobscured. However, the final sequence refracts the subject once again. The film cuts to a darkened space where her face appears much smaller on a different monitor. A shadowy figure – perhaps the filmmaker herself – moves right to left, temporarily blocking the screen before shifting downward and out of the frame. This haunting gesture toward self-portraiture tilts the film’s entire framework back on itself. The detective’s wandering investigation lead simultaneously to someone else and to itself. There is a real, rare beauty in this tender, enigmatic portrait.

Sylvia Schedelbauer’s Sea of Vapors – the last film of the final shorts program – organizes its own investigation into the nature of memory and recollection through a quasi-Proustian engagement with the senses. The black-and-white images indicate taste, touch, and smell and emphasize a powerful, deep connection with animals, the landscape and lunar cycle. The body plays a crucial role in acting as a mediator between the immediate environment and a connection to past sensation. Schedelbauer has used flicker in the past, but here it is sharper than ever. Though the flicker initially overwhelms many of the images, she seems to be using it in contradistinction to its immediate effect. While the flicker remains dynamic, it softens the transition from one image to the next so that they flow in and out of each other. At first, the images appear in sharp contrast, but, eventually, the flicker causes the shifts to occur gradually, almost imperceptibly. Domestic settings and objects lead directly toward the environment, to the world at large. Sea of Vapors in many ways exemplifies the strengths of Wavelengths. Impossible to pin down but thrilling to explore, it lets the viewer wander, in awe, between the familiar and the strange, between one moment, one sensation, one form and the next.