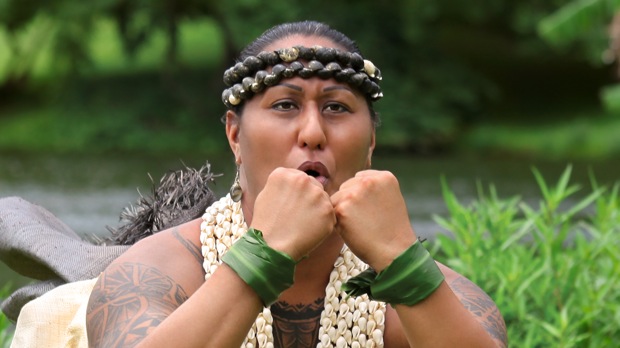 My usual questions as I get ready for a film festival are whether we’ll be able to sell out the show and how the audience and local press will react. Preparing for the Beijing Queer Film Festival last September, I had a different sort of concern:  would I be able to show our film without being arrested?

The festival had invited me, my partner Joe Wilson and our main character, Hina Wong-Kalu, to screen Kumu Hina, a documentary about Hina’s life as a highly regarded native Hawaiian teacher and cultural leader who just happens to be māhū, or transgender. Because China has a censorship law that prohibits any positive depiction of lesbian, gay, bisexual or transgender lives in movies or TV shows, mainstream venues were out of the question; the big international festivals in Shanghai and  Beijing are devoid of gay-themed films, and DVDs of Brokeback Mountain are only available on the black market.

Which is exactly why the very existence of the Beijing Queer Film Festival is both so necessary and so audacious. Founded in 2001 by openly gay filmmaker Cui Zi’en, the early years were difficult. Screenings were cancelled by the security police at the last minute, films were moved from theaters and universities to bars and private homes, publicity was largely by word of mouth and organizers were threatened.

Then in 2013, for the first time, the festival went off without a hitch. Buoyed by the lack of governmental interference, the organizers for the 2014 edition decided to open up the festival by holding the screenings in a public cinema and marketing to the large Beijing LGBT community through social media.

Their timing was unfortunate. Last year was tough on progressive causes in China, as President Xi Jinping led a series of crackdowns on independent voices, arresting critics and shuttering NGOs. The most troubling was the brutal shutdown of the Beijing Independent Film Festival in late August. Authorities forcibly dispersed would-be audience members, shut off the venue’s electricity, and detained the organizers, seizing documents and precious film archives from their offices.

The Queer Film Festival organizers quickly recalibrated their approach, abandoning the idea of using a public cinema and cutting back on their social media activities. But the police were watching. Just weeks before the festival, two security officers paid a visit to festival co-director Jenny Man Wu — a young straight woman with a passion for queer cinema.

“We’ve tapped your phone and read all your emails,” they told her, “and if you go ahead with the festival as planned, there will be trouble.” These are not good words to hear out of the mouth of a Chinese policeman.

But LGBT Chinese are, by necessity, as resourceful as they are resilient. Shortly after arriving in Beijing, on the day before the opening of the festival, we received an email from an unfamiliar address telling us there was a new plan. We were instructed to go to the central Beijing railway station the next morning, purchase tickets for the 11:15 AM train to a town near the Great Wall, and proceed to car number 7. “Make sure to bring your laptops,” the note ended.

And so the next morning we found ourselves in a commuter train car filled with a colorful mixture of Chinese queer film buffs, filmmakers, academics, artists and activists. The organizers handed out flash drives containing the opening film, Our Story, an artful retrospective of the festival’s history. We counted down in unison, “san, er, yi”, then started our media players together. The Beijing Queer Film Festival was underway.

The rest of the festival went off without major incident. Most of the films were from China, which despite the pressure from the authorities has a growing gay indie movement, others from Taiwan, Hong Kong, Korea and Europe.  There were features, documentaries, a variety of shorts including several student films, and panels on topics ranging from “Light Documentary, Heavy Activism” to “Women on Top.” Most of the screenings and panel discussions took place at the Dutch Embassy, beyond the purview of the Chinese authorities.

Kumu Hina, the closing night film, was screened in the basement of a nondescript building housing several NGOs. Despite its location in an obscure hutong, or old alley district, the room was packed and the reception ecstatic. There was even some press, which led to a feature article in “Modern Weekly” on Hina’s experience, as a person of mixed Hawaiian and Chinese descent, visiting the homeland of her father’s side of the family for the first time.

In the USA, many LGBT film festivals are struggling as queer movies become readily available in mainstream theaters and on TV and the web. For Joe and me, what made the Beijing screening among the most moving and memorable experiences we’ve had on the festival circuit was the realization that it was more than an entertainment, it was a statement. Every single person in the room was risking something – perhaps even their own freedom – just to be there. It was a rare opportunity to see how a community under duress depends on the power of film and storytelling to help bring about change.