“Know Your Beat”: (T)ERROR Director Lyric Cabral Offers Advice on Documentary Pitching on the She Does Podcast 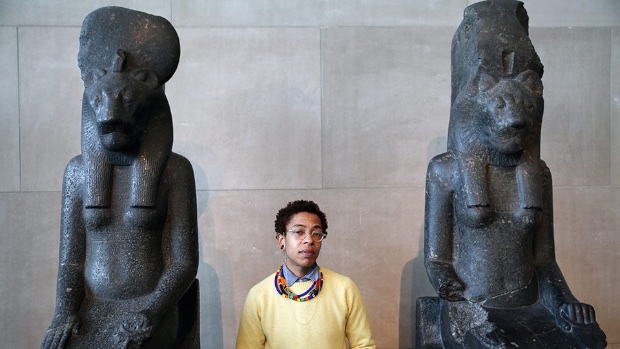 by Elaine Sheldon and Sarah Ginsburg
in Filmmaking, Sundance, Sundance Features
on Jan 21, 2015

This week on the show, we interviewed photojournalist and documentary filmmaker, Lyric Cabral. She, along with her co-director David Felix Sutcliffe, is premiering her feature-length film (T)ERROR at Sundance this year in the U.S. Documentary category. (T)ERROR is billed as “the first film to document on camera a covert counterterrorism sting,” but the documentary has been in the works for over a decade. Lyric came across the film’s subject, an FBI informant, when she was only 19, but knew she was too young to tackle the story then. Lyric talks about the uncomfortable situations she’s found herself in as a photojournalist, being inspired by Gordon Parks, spending over a decade covering national security issues, and returning to a story 12 years after discovering it.

Listen to the episode below and subscribe and review us on iTunes.

Have a beat, master a subject and prove that you can report in-depth stories from reliable sources.

I’d say my beat is national security. I know those families, I know the prosecutors. I really think you need a beat because if you look at Laura Poitras and Glenn Greenwald, their journalism is only so rich because that is their beat. I would encourage people to find something they are truly interested in, and make that your area of expertise. Not saying exclusively focus on that, but I think if you can show that you can solidly cover this one area, and that you have sources and news stories always coming from this one area, that is going to truly be an asset for you.

Gain trust and keep it; when possible, stay in touch with your subjects even after your story is released.

I am the type of journalist that I’m never done. I don’t drop in and drop out. Every person I’ve ever photographed, with the exception of Ray Jackson who is now dead, I keep in touch with. Whether they get a Christmas card from me, or I try to call, I just really try to stay in touch with people. I really don’t like the feeling of: I come in. I document you. I publish it. And then I just leave you alone with the consequences of whatever happens because you are now public. I’m never quite done.

Collaborate. Know your limitations and work around them.

Because people are just not used to seeing people like me (an African American female) tell stories. When I get there it’s like, ‘Who are you? Who do you work for?’ It’s a million questions that a white guy wouldn’t have. But in (T)ERROR, we use this to our advantage. Because there are times where it’s easier for me to just shoot and I will not be questioned, and there are times that I know that David (Felix-Sutcliffe) is the person, if we actually want to get that material, needs to film it. As a journalist, you have to be smart enough to know the limitations of the body that you’re in and just learn how to work around them. Unfortunately because of the body you’re in as a journalist, because I’m a woman sometimes, because I’m black sometimes, I’m not going to get access. That’s not going to stop me. I have to partner with people who are able to help in securing that access.

Pitch from the heart. Know your story in and out a pitch a distinct angle.

I’m realizing more and more that your pitch has to be dominated by your opinion. No one wants to hear the facts of your story, they want to hear your analysis of your story. It took me a very long time to understand that, because first when I was pitching “The Newburgh Five” sting story I was like, “It’s about these four black guys who were accused of bombing the synagogue.” That didn’t fly. When I went in and said, “This is a story about entrapment. It’s a story about an African American family, whose only son who was Muslim everyone else was Christian, was entrapped by an FBI informant.” That’s when people listened to me.

Learn. Study, photograph and take time to understand the nuances of your story before diving head-first.

I was journalism student, my neighbor confessed to me that he worked for the FBI, I was also on tape. So I felt as much betrayed as like, ‘oh my god, this is a good story.’ But the journalist in me knew that I was not equipped at the age of 19 as a freshman to report on counter terrorism well. And so for years, literally about 10 years, I slowly segued into the issue. I started photographing national security cases. I would seek out the families and try to photograph their experiences. I felt confident that I could come back and deal with the informant because I was much better informed. At that point I had spoken to civil liberties activists, families of terrorism defendants, terrorism defendants themselves,and prosecutors. So I had a better understanding of the landscape. But I already had his trust, and that was critical. So the trust in combination with understanding the nuances of what I would record is the combination of what brought us to (T)ERROR now.