Speed the Plow, Gently (Or, What I Took Away From the 2014 IFP Narrative Labs) 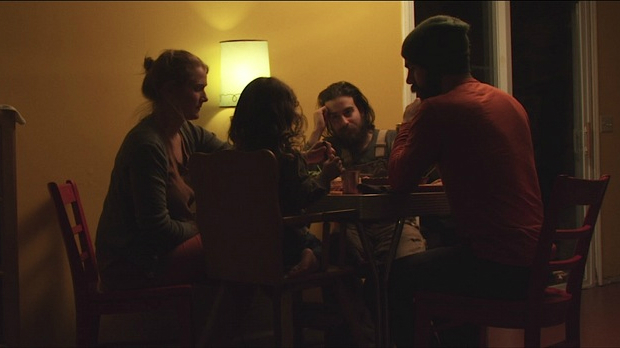 Toru Takemitsu referred to music as the art of time. He modeled his compositions after gardens, attributing the ideas of time and space involved in cultivation to the placement of notes and time signatures within his music. The elements of nature were musical notations; dirt was the base layer; the stones never move; some plants grow and have different cycles than others. The ideas of cultivating time, space, movement, and growth into a composition were an inspiration to my process as a filmmaker. Like a garden, a film involves a delicate balance that you can never force or will into existence. Instead, it takes careful cultivation and time.

The notion of time, however, has changed considerably since the turn of the century. Filmmaking has changed as well, both in its process and how the medium is being consumed. Now more than ever, patrons and audiences are overwhelmed by an influx of internet-based “content” where cinema is competing with everything from television to Buzzfeed articles. Digital communities have taken the place of galleries and cinemas of the past. Sites like Fandor and No Budge have made great strides serving as virtual meet-ups/venues for filmmakers, but the majority of internet community finds its home in social media, which is known more for cynicism than centers to engage and responsibly debate one another. Herbert Marcuse blamed increasing skepticism and cynicism on an influx of information. He posed that in an age with an abundance of content offering a multiplicity of realities, it is often easier to lampoon complex cultural ideas than engage with them. However, a society founded on cynicism makes it difficult to build real person-to-person connections. This is the paradox of social media and many digital communities. They offer the feel of community without necessitating the responsibilities that should be inherent to human interaction.

The leaders of the IFP Narrative Labs have met these post-internet challenges head-on and created an environment in the Made in NY Media Center to cultivate artistic talent on a personal level. While the internet can be used as a tool to bring artists together digitally, the labs convinced me that the human experience of being in one place together — sharing, being vulnerable, and critiquing face-to-face where an actual dialogue occurs — is irreplaceable. These methods have elicited some of the movements that inspired me to pursue life in the arts. Various artist collectives in history have used time spent together as a community to vastly change the course of culture. But what is unique about them is that it took something special: a place, time period, person, or a political movement to bring them together.

IFP Narrative Labs is that kind of catalyst. In a short amount of time, I felt support, trust, and mutual respect between all of the filmmakers that was carefully crafted by our mentors. The curation was impeccable: every film represented a microcosm of the independent film scene, different enough to help us not feel competitive (a crippling threat to community within indie film circles), though of a quality and caliber that generated genuine care in each other’s projects. We ceased being islands, and instead formed an archipelago, jutting in a similar trajectory. I’ve formed friendships that I am confident will continue throughout our careers, and envision sending cuts, scripts, and notes to the filmmakers I’ve met for years to come.

I have been lucky to be a part of several artistic communities and collectives during my life where time spent together and mutual care for each other’s work yielded incredible results. In the Blue Ridge mountains where I spent three years living and working as a farmhand, I consciously tried to regain a natural perspective of time, working in the gardens and watching the plants and animals slowly move through life’s cycles. This informed my art and personally connected me with like-minded members of the community. I formed meaningful, loving relationships with a small group of farmers and artists over the course of those three years. What is remarkable about the labs is that a similar sense of trust and community was developed in a few short week-long sessions. While I am very proud to be a part of the thriving independent film scene in Dallas, I now feel a connection to a national network of filmmakers, artists, and curators.

In the spirit of IFP community-building, Daniel Laabs, Frank Mosley and I have teamed-up to create a screening series for low-budget films to screen theatrically at the Texas Theatre (the burgeoning hub for independent filmmakers in Dallas). Family Movie Night was inspired by Brandon Colvin’s Micro-Wave Cinema Series and seeks to be a venue and forum for patrons interested in screening and discussing no/low-budget art films. By using crowd-funding to guarantee pre-sales, we act as curators for a small community of like-minded individuals in Dallas. The hope is to encourage filmmakers/curators around the country to build a relationship with art-house theaters and curate similar series so that no/low-budget films can have a theatrical run without traditional distribution. By building these communities on a local level and connecting via internet to a national network, independent filmmakers can help build audiences that never would have existed otherwise.

IFP is playing on that age-old “teach a person to fish” maxim. But, much like Takemitsu’s music, community building and filmmaking are like cultivating a garden. Both involve, time, shared space, and responsible, natural interaction. In an age where collective action is becoming increasingly hard to come by, I am reminded by the recent protests and by artistic and political organizations that it is a necessary part of human existence to be in touch with one another. This is what IFP gave me to emulate. They taught us to be gardeners of culture in a world pressed for time.

Cameron Bruce Nelson’s Some Beasts will premiere later this year.