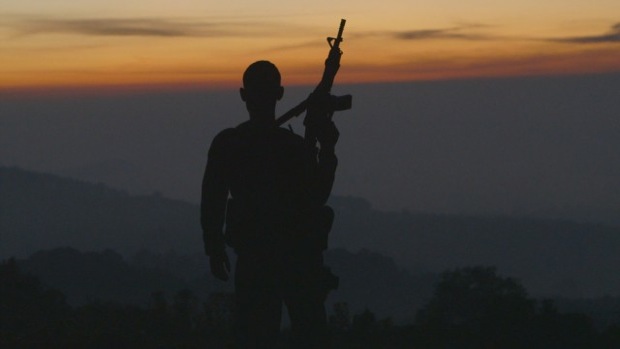 Cartel Land follows two modern-day vigilante groups fighting a shared enemy – the ruthless Mexican drug cartels. When I first heard about the Autodefensas movement in Michoacán, Mexico, and the American paramilitary group Arizona Border Recon, I was immediately drawn to know more about their worlds and their leaders, Dr. Jose Mireles (“El Doctor”) and Tim “Nailer” Foley. It took many months to gain their trust and the access I needed to tell their stories from an intimate, yet action-driven, verité perspective. This access and the situations it put me in were by far my biggest challenges.

Having no experience filming in risky situations, Cartel Land pushed me into some difficult places – I’ve been in shootouts on the streets of Michoacán and in Breaking Bad-like meth labs in the middle of the dark, desert night. Obviously, these experiences provoked uncertainty and fears for my own safety. But my goal was to be there to capture in real time each chapter of the rapidly shifting story, with the camera in the action, not observing it from the outside. Utilizing small crews or shooting by myself, it was a wild adventure and a grueling film to make.

I was also fearful about whether I could actually pull off the story from a verité perspective, without outside experts or text cards. Given how rapidly things were changing everyday, it was always a dance to figure out when to fly down and be there. I was always anxious that I would miss an important moment as the story twisted and turned. I had an amazing local team on the ground in Mexico and a network of people who gave me info on the latest developments. Ultimately, we ended up with a much different story than we started with, and I think the film is much better off for it.