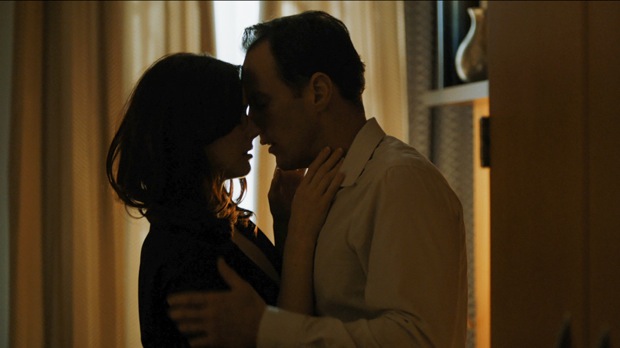 The single greatest fear that has kept me up at night was the fear that I would NOT make Zipper, that I might come close and ultimately not get the chance to direct it. I’ve spent the last 6 years of my life getting this movie made and every second of it was worth it, but heading into it when it starts out as just this little ephemeral thing, an idea for a movie you want to make — from that moment to the end, it’s a huge gamble of your time. All along the way you’re hoping, working hard, hustling, getting rejected but picking yourself up again, knocking wood, and praying, praying that at the end of that road, you’ll get a shot at making your movie.

In between my debut feature Conventioneers and Zipper, I had had two film projects that came right up to the starting line and fell apart in a ka-BOOM sort of way that could not be undone, and it was devastating. Along the way with Zipper, with each step that got us closer, I kept saying okay, yes, I’m cautiously optimistic, but I never wanted to jinx it or celebrate it just yet — even on the ground in Louisiana through pre-production, I was knocking wood and crossing fingers, and trying to stay cautiously optimistic on the inside and seem fearless on the outside for the sake of my cast and crew. Then once we crossed that threshold where it became clear, okay, I’m actually finally making my movie, the daily fear became the scramble/impossible puzzle of getting my whole beautiful cast down there for our 25-day shoot, which in the end we pulled off thanks to my awesome producers and awesome casting director and I’m so very grateful.

How I conquered the fear of not making the movie is a good question – I think I faced that question every day and every day, had to answer myself — because you will, you will find a way, but it never truly went away. I think it will finally sink in that I really got my wish and got to make the movie I wanted to make when I see it for the first time with an audience at Sundance next week.