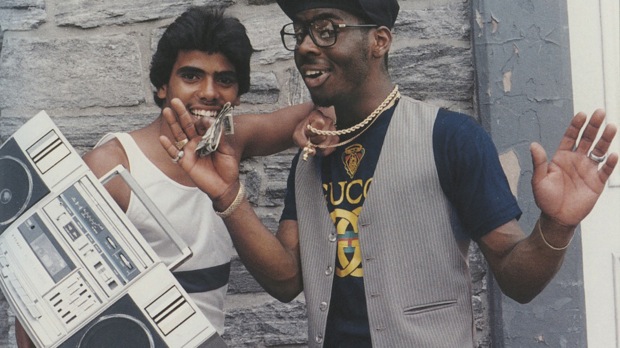 With Fresh Dressed, I had the opportunity to talk to a wide cross section of folks who are, or have been involved with, hip hop culture in one way or another. We were able to strike a serious balance between talking to the folks who are known by the masses and the lesser known folks who had a heavy hand when it comes to the development of hip hop culture and the garment movement it birthed. For me, maintaining that balance was my biggest fear. Because on one hand, when people think hip hop they think the big household names that they know so well from TV, film and the like. Hip hop, however, was created by average kids who had spectacular aspirations. And while most of these folks didn’t make it big or strike it rich, their contributions were equally as important. I’m keen on doing all that I can to make my film a success and I’m extremely lucky, as a documentary filmmaker, to have a supportive partner like CNN Films. Business is business, however, and big names add value. I can dig that. I was just fearful that the big names would drown out the lesser known voices but alas, I think we were able to tell a nuanced, inclusive story that is teeming with history and colorful tales of yesterday and today. In other words, I overcame that fear!