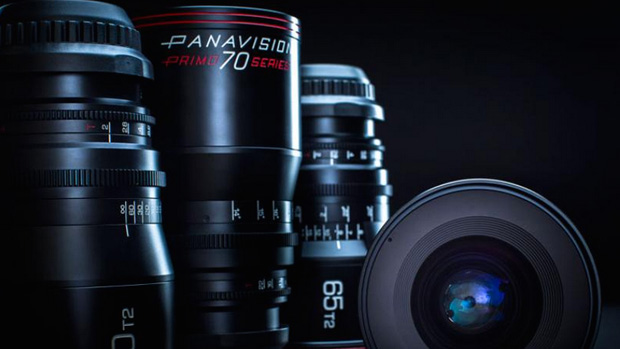 by Michael Murie
in Cinematography, Columns
on Mar 18, 2015

Late last year Panavision introduced a new lens line, the Primo 70. These lenses are specifically designed for use on larger sensor digital cameras and, according to Panavision, cannot be used on film cameras. We spoke with Dan Sasaki, VP of Optical Engineering at Panavision, about the development of these lenses, and how they differ from film lenses.

Filmmaker: What was the impetus for developing digital lenses?

Sasaki: Our Primo 35 lenses have been around since the late ’80s, early ’90s, and they are designed to work with film cameras. The Primo lenses have what’s called the blue line shift on them from T8 to the deeper stops, and when you go to your wide open stops, anything faster than T2.8, you have a secondary blue line shift. As you use more of the elements’ surface, the light tends to focus a little bit shorter and you have to focus the lens a little bit deeper.

What we noticed when we first wedded our Primos to the Genesis digital camera was that the blue line wasn’t accurate. It was considerably shorter. We also noticed that at the 14 mm image height, or 28 mm diagonal, which was the edge of our sensor, the corners weren’t quite translating correctly. They seemed to be exhibiting more field curvature. This was especially true on the wider angle lenses.

We played around with it and experimented. Finally we did a little bit of analysis on the digital cameras. We began to realize that because a digital camera has an optical low pass filter, which constitutes a certain thickness, that can actually vary the optical path length of the lens. When we imaged through this extra optical component, we were taking an under-corrected optical aberration and over-correcting it. That was why our blue line was less.

We also noticed that at the edges, because of a similar phenomenon, the length of the rays were now focusing in two different spots, and what we were seeing was accumulated astigmatism beginning to show up. On film lenses too, the light rays coming out of the rear element are often not very telecentric; they aren’t parallel to the optical axis.

This was why we first came up with the Primo Digital or the Primo V. In the Primo V we added an optical corrector that compensates for the additional glass on the back. 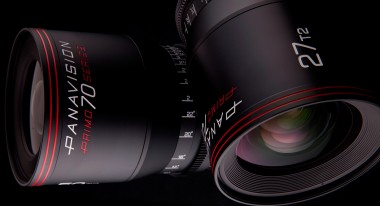 Filmmaker: Is there an optical difference from camera to camera?

Sasaki: A digital camera has different pixel pitches. For instance, the ARRI ALEXA have a fairly large pixel pitch of 8 microns and the Sony F55 has a 6 micron pixel.

Filmmaker: When did you start developing these lenses?

Sasaki: The process started probably four years ago. We realized that the 35 market had become pretty saturated. We had our Primos, the Leicas came out, the Cooke S5s were coming out, you had the Ultra Primes — the 35 market became really saturated and we noticed that Sony was really breaking out with their F65 camera. We saw the RED make its debut, the ARRI ALEXA just started coming out. We realized the 35 market was becoming a diluted market. If we built another set of 35 lenses, which was going to be the original exercise, we would just be adding to the noise. We already knew that pretty much all flavors of optics had been developed for the 35.

So the next step was, let’s look at what’s out there. We’d experimented with 65mm film. With 65mm film you’re seeing some of the effects we’re talking about with these film lenses that have extremely sharp chief ray angles, so when we wed it to a digital sensor with a low pass filter, we’re seeing excessive astigmatism and chroma. We realized we really can’t recycle the old 65mm lenses or a lot of the medium format lenses to get the performance that we wanted.

Sasaki: In order to make the lenses work better, we pushed the lenses as close to the image sensor as possible. The reason we did that is because it’s closer to its natural focal length. Wide angle lenses are often moved artificially away from the film plane by adding a lot of extra optics in the front, negative elements that give the clearance for the spinning mirror or shutter. But in a digital camera we weren’t going to be using an optical viewing system, so we didn’t have a spinning mirror to worry about. Nor would we be using a spinning shutter, because you’d be using a global shutter. So we could push the lenses as far back and we’d get a smaller more compact lens. By working at the natural focal length we can achieve higher quality in a much smaller package. That’s the reason why these lenses won’t fit on a film camera.

Filmmaker: Were there other issues you encountered designing these lenses?

Sasaki: As you get to larger formats you have so much more magnification. You don’t have to blow it up as much. Because the image is so large natively on the imager, you have to be careful about making lenses too sharp because you can pick up flaws, and that was one of the biggest challenges in doing these lenses.

We have seen a few lenses that appeared to be too sharp. Sometimes they made things look a little bit flat, a little bit synthetic. The challenge with these lenses was to make a high performance lens that had very even performance across the entire frame without making it look flat. It’s very tempting for a lens designer to make something that’s technically perfect, but we have to maintain an artistic characteristic to it. What is out of focus is just as important as what’s in focus.

What we noticed with the cinematographers that have used them so far is that they loved the fact that they hit when they want to hit, but when they are out of focus they maintain a nice roll off. It basically left them in a comfort zone similar to how they felt when they shot film. It had a very warm feel to it.