Watch for 24 Hours: In Search of the Miraculous and Friendship from the Eastern Oregon Film Festival 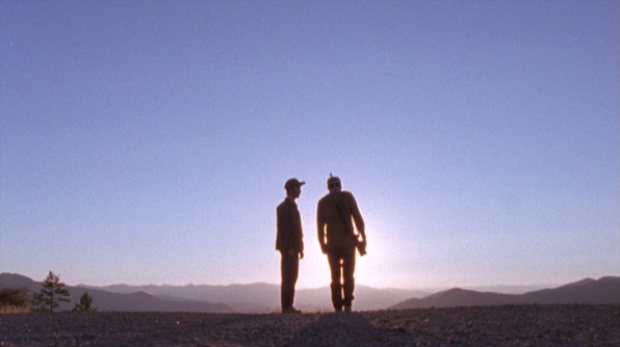 As part of this weekend’s Eastern Oregon Film Festival, Filmmaker is partnering with the fest to stream four online selections. Today, for an exclusive 24-hour window, you can view Sam Kuhn’s short film, In Search of the Miraculous and Nathaniel Bennett’s short feature, Friendship. Program notes for both are below, and check back tomorrow at 9:00 AM EST for Evamaria Shaller’s Die Wilder von Montafon and Brandon Colvin’s Sabbatical.

In Search of the Miraculous from Lion Attack on Vimeo.

In Search of the Miraculous
(dir. Sam Kuhn)

Synopsis
A seventeen-year-old aristocrat, expecting to be married to a rich claimant by her mother, falls in love with a kind but poor artist aboard the luxurious, ill-fated ____.

Friendship from Nathaniel Bennett on Vimeo.

Synopsis
An escalating rivalry between a strange family and a close group of friends is getting out of control in this independent supernatural drama from director, Nathaniel Bennett. Alex, Todd and Stephen are three hardworking friends, who are content with spending their paychecks on hunting, beer and women. Their simple lives are soon disrupted when an odd band of brothers begin inexplicably antagonizing them. The brothers’ enigmatic leader Garrett seems to have become obsessed with ruining the happiness that these friends have found in each other. At first the taunting is bearable, but soon the friends realize that darker forces are at work, and they must find a way to escape the wrath of this sinister family.

Director Bio
Nathaniel Bennett is a filmmaker who was born and raised in Southern Oregon. FRIENDSHIP is his first feature.

For more info about the Online Selections visit the link.
+ Check out the rest of the EOFF lineup here.