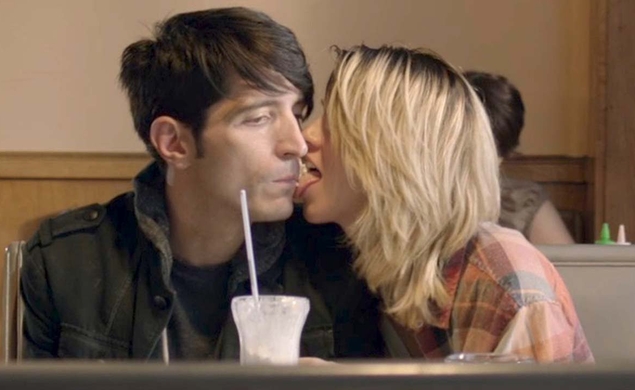 This extra-rewarding if occasionally trying film opens with a slow-gaited nocturnal entrance into an ER. Going into and out of hospitals is a hazard of the trade — of the work, in fact — of the habit for young lovers Bobbie (Kim Shaw, destined for the big time) and Jude (David Dastmalchian), fully committed addicts whose survival depends on the luck of the draw: carrying through scams, or being scammed themselves. They are caught up in a vicious cycle. Most of the time, they come out relatively lucky: In spite of some bad eggs — my gosh, some of the Chicago cops are rotten to the core, and dealers vending fake drugs abound — someone always seem to be around to tend to them, if not turn them clean.

The intense frisson of a good buzz makes it so worthwhile that their relationship rests on a fault line between craving drugs and loyalty to each other. They are a stuck couple. During the post-credits, The Pyramids’ forceful rendition of “Everything Leads Back to You” — one of many songs with plum guitar — sums up how their worldview has left few escape valves. As tense as Animals is, the set-up is sufficiently loaded that we know both needs will end up tested to a point of no return. What salvages the plotline is its unpredictability. Bobbie and Jude mark time by fantasizing a methadone cure in Oregon. The journey, much of which takes place in the battered old car these marginals call home, is especially worthwhile for those of us outside the chemically-induced orb.

Not only do director Collin Schiffli, in this impressive feature debut, and writer Dastmalchian (whose screenplay stems from his personal experience) take us through eye-opening, de-romanticized hurried encounters and actions but — with the invaluable participation of DP Larkin Donley — into a gallery of abstracted imagery commenting obliquely on their union (with delightful accompanying guitar plucks), while also providing insight into a Chicago that doesn’t make the tourist brochures. The scenes may (the Lincoln Park Zoo, walkways around Lake Michigan, structural elements underneath the El, birds, old faces with character) or may not (dilapidated ghetto shacks) always be classically beautiful, but they are all part of an extended love letter to the city. Editor Amanda Griffin does an excellent job of stitching together scenes of grungy injections and drug sales with relieving outdoor montages.

We are provided little back story on the duo. In a flashback, we see them two years before, at the beginning of their relationship in Chicago. They are using, but they at least have a roof over their heads. The drug dependency increases exponentially with the intensity and duration of their liaison, until they are on the same plane. We get a few fairly hackneyed hints of their family lives— Jude had problems back home with his doctor brother (it seems they competed, because at one point Jude says he want to become an MD, though that could well be a laugh line); Bobbie was probably abused by her stepfather back in Missouri and her mom was unsupportive. But these histories are not harped upon, and are well integrated into the overall narrative. They don’t explain why each took the full plunge. It doesn’t really matter. What is intriguing is that they are white middle-classers, neither poor nor of color, yet still feel their hands are tied. They belong to a subset of addicts who lack both will and advocates. Like the search for a quick fix, they live in the present. Past events and consequences remain way behind on the priority list. Both meds and lifestyle disrupt any usual perception of time. Now reigns. 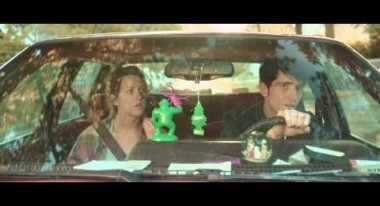 From the beginning, Schiffli and Dastmalchian address their feelings about these two and their place in the social order. The title may sound pejorative, but the initial images are of graceful sharks swimming in a zoo aquarium. Not to ruin any surprises, but at some point the protagonists will find themselves  expunging in similar positions (with light tinkling xylophone bars offering soothing music). They are more like creatures in a petting zoo than untamable bottomfeeders, scamps more than hardened criminals.

Like all living things, they deserve respect, which can sometimes be difficult to dole out. The creators test our limits. Bobbie and Jude are always sick. He never showers. In the car, he foams at the mouth; she tosses her guts. Not just from the junk itself, but from shooting up, sloppily — I’m talking about syringes falling into piss on the floor — in adjacent filthy bathrooms in a diner. This is no Man With a Golden Arm. Tracks have made most points of entry unusable.  Jude ransacks his pubic hair trying to find a good vein, after his feet prove a lost cause. He searches based on a medicated guess. We get a ringside front-on view of Jude pushing with all his might to get a tiny dark pearl of feces to squeak out of his impacted rectum.

We watch Bobbie make fools of lonely squares (but how can you not laugh when one board of trade member coolly asks her, “Do you party?”). And even when the pair appear exuberant wandering around town looking for thieving opportunities, they have no problem taking advantage of anyone with anything of value nearby. So how can you honor those who prey on the gullible, the naïve, the sheltered?

Because every so often, no matter how intense their desperation, a more-or-less shared code of ethics as overlapping as their conjoined subjective experience pops to the surface. There are no lost causes, only diminished, or stalled, hopes. When they go into a wedding reception with a novel strategy for regifting, Bobbie sets a limit: No ransacking of the church’s moneybox. In an extremely harrowing scene, in which they both suffer from the shakes, Jude sits on a bench next to a young mother holding onto a baby carriage. The plan: If she doesn’t give him her money, they will threaten to expose the child to AIDS with a used syringe. In the end, he can’t go through with it, and upon his return to the car, she tells him that she is glad he could not.

Granted, these are exceptions, hardly the norm. They spend every day shoplifting, pickpocketing, stealing from potential johns, and inventing sob stories that separate ordinary Joes and Janes from their wads. The battles of wits can be entertaining. Shy, skeleton-thin Jude is a well-spoken intellectual; Bobbie is an intuitive performer, whose beauty, charisma, confidence, and domineering demeanor work in her favor. All of that effort in the hope that the stuff for which they cashed out in some stranger’s dingy apartment is the real thing, and that if that wish is granted, you can find a vein strong enough to support the needle.

They don’t screw over those who have shown them kindness, those motivated not by greed but by concern. Married men cheating on their wives? Who cares? A security guard who wants his cut in a lost laptop scam? Disposable. Another guard, Albert (the great John Heard), in an office outside a locked-up hospital where one of them ends up, who genuinely tries to assist? A reminder of a residue of decency in the world outside, he could leave them alone in there with no worry of loss or damage. They retain some faith in their fellow humans — limited, mind you — but enough to reveal that they are redeemable, that they can still function within civilized boundaries. They have not fully severed appropriate ties with other members of the species homo sapiens.