Trouble at the Cinémathèque québécoise 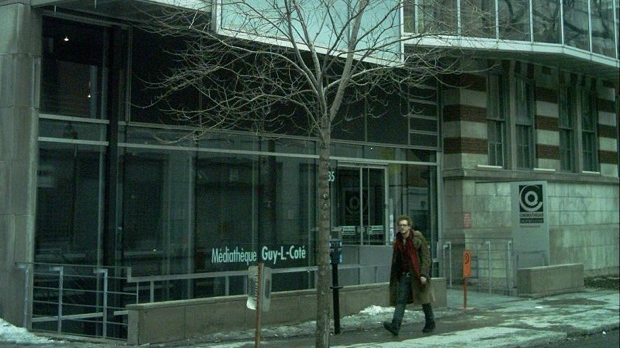 The Cinémathèque québécoise (Photo by Jean Gagnon via Wikimedia Commons)

The Cinémathèque québécoise — the main repository for all film, television and video production in the province of Quebec — is in the midst of controversy over its future direction. Like many cultural-memory institutions, it has been plagued by severe budget shortfalls, and members of both the Cinémathèque ‘s own board as well as the provincial government have suggested a merger with the Bibliotheque et Archives du nationales du Quebec (BAnQ) as a means to keep it solvent. Others, including most of the Cinémathèque’s workers and non-administrative staff, as well as filmmakers and other supporters, have expressed grave concern that this would compromise its autonomy and ability to fulfill its mission to preserve Quebec’s unique audio-visual heritage.

The Cinémathèque québécoise operates two exhibition and screening galleries in Montreal, and maintains an off-site storage space in nearby Boucherville. It is here that the bulk of the moving image collection is housed, encompassing 40,000 film and video titles and 30,000 television programs. At the headquarters, a vast amount of artifacts — including posters, photographic prints, production equipment and scripts — are kept on-hand to facilitate research access.

All of these have been collected over the years in accordance with the Cinémathèque’s mission to preserve the moving image heritage of the world, with a special emphasis on work out of French Canada. To assist in this, the state-run Bibliotheque et archives Nationales du Quebec initiated a program of legal deposit for all Quebec productions, designating the Cinémathèque as the custodian of all works obtained in this way.

Unlike many national or regional archives, the Cinémathèque québécoise is a privately-held non-profit; while it does receive 49% of its budget from the provincial government in the form of grants and collaborates with BAnQ in the administration of the legal deposit program, it is technically an independent organization. Unfortunately, recent economic woes have made necessary some grim financial compromises. For example, in order to keep the Cinémathèque functioning, the staff has seen their wages frozen at 2008 levels (though, to their credit, they have faced this with open eyes, voting to accept the freeze rather than see the institution’s services compromised).

In the fall of last year, a joint committee of representatives from the board of the Cinémathèque, BAnQ and the office of Hélène David, the provincial Minister of Culture and Communications, discussed the idea of allowing BAnQ to absorb the Cinémathèque. According to a statement by David’s office to Quebec newspaper Le Devoir, this was proposed by the Cinémathèque: “The idea was presented at the Cinémathèque in October at its general meeting. With the agreement of BAnQ and the Cinémathèque, a committee was set up to investigate [the plan].” David, in a later interview, gave broad support to the idea of consolidation: “There are parts that are similar missions. For example, the task of archiving and preservation of audiovisual heritage – BAnQ also has expertise in that area. Everything is on the table as a means to ensure the sustainability of the Cinémathèque’s mission.”

Others deny that the notion of a merger originated with the Cinémathèque. Rock Demers, a charter member, told Le Devoir that “the creation of the committee in question is not something that has been claimed by the Cinémathèque. I do not see how it could have been by BAnQ. To me, it seems to have been asked for by the Ministry of Culture.” A source within the Cinémathèque, who prefers to remain anonymous, likewise insinuated that the provincial government was behind the proposal, telling Filmmaker, “It appears to me that the Minister of Culture believed that the fact that [the government’s] grants provided us 49% of our annual funding gave them the legitimacy to impose a certain structure.”

Whatever the origin of the committee, the fact that a merge with BAnQ was apparently being taken seriously by the board brought a wave of criticism from those involved in the world of Canadian film preservation. Almost immediately, a group of eight Quebec-based filmmakers, including Demers, Denys Arcand, Claude Fournier and others sent an open letter to David and Quebec Prime Minister Phillippe Couillard urging them to drop the idea, claiming that the two institutions serve different purposes. “Is it not obvious that this arranged marriage between two bodies [which] do not have the same missions, nor the same jurisdiction would be doomed to failure, and worse?” Serge Toubiana, director of the Cinematheque francaise, submitted a similar letter advising all parties concerned to reconsider.

Other supporters contend that such a move would fatally compromise the Cinémathèque’s autonomy, and, once part of a fully state-run organization, it would be subject to painful restructuring mandates. This is the view of Ralph Elawani, founder and administrator of “Appuyons la Cinémathèque québécoise,” a Facebook group dedicated to fighting the merger. “If the Cinémathèque is absorbed by BAnQ, which is a huge institution, it would lose its independence,” he said, “and many Cinémathèque workers would lose their jobs.” The danger of this seems particularly acute in the context of the Quebec government’s recent austerity measures, which has seen it slash spending on social services and support to cultural institutions; recently, BAnQ itself has had to restructure services and liquidate several positions within its own organization because of this.

Those affiliated with the Cinémathèque were no less critical of the plan, as well as the behavior of the institution’s board. Lorraine Leblanc, president of the Cinémathèque’s staff union, complained to Le Devoir that, as of March, labor had not been consulted on the proposal. At an April meeting of the Cinémathèque board, staff and workers, Fournier accused board chairman Louis-Philippe Rochon of conspiring with the provincial government to steamroll the merger over the objections of members, telling him “I have the impression that you sleep in the same bed as the government, and that your conclusions are already made.”

The conclusion of that meeting saw what seems to have been a rejection of the plan. The board resolved to consider any strategy which would keep the Cinémathèque solvent and preserve its ability to fulfill the mission, provided that “they do not jeopardize its existence, legal status or governance structure.”

Whatever the status of the plans to merge with BAnQ may be, there is a sense that definite actions to address the Cinémathèque ‘s fiscal issues are on the horizon. Earlier this year, the institution reported that its budget would fall $600,000 short of what would be necessary to cover its operating costs, which may put in danger its ability to continue its services at full capacity. And while the notion of a merger with BAnQ may be tabled for now, the government could take measures to resurrect it. According to the anonymous source at the Cinémathèque, it’s possible that “[i]n response to [the members’ rejection of the merger], the government could decide to withdraw the grants we receive,” which would force the institution into a much weaker negotiating position. But even that source feels that that is unlikely, saying that “I believe that would be a terrible political move, given the media and political attention the issue has received in the last months.”

Other possible strategies to deal with this shortfall have included the sale of some of the buildings owned by the Cinémathèque, as well as receipt of a share of the tax credits currently granted to producers of Quebec films and television programs. Another novel solution, suggested by Pascale St-Onge, secretary of the National Communications Federation, would be for the provincial government to increase its grants to cover 100% of the Cinémathèque ‘s budget, but the odds of that occurring amidst the latest round of fiscal belt-tightening seem slim indeed.

Another meeting of the members and board is scheduled for June, where the question will be taken up again. A report on the institution’s final decision to Minister David is apparently due that month as well, though whether even that will mark the end of the struggle for the fate of the Cinémathèque is by no means clear.