“I Think That Being Unapologetic Gets You Farther Sometimes”: Anna Weinstein on Comedy and Working with Talent 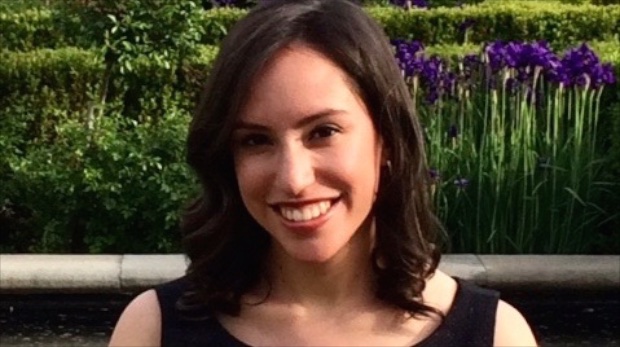 I’d heard the rumors about Cannes. About the heels of shoes that are measured if they appear suspiciously low. About some authorized shoe detective (random festival volunteer) who is qualified to deem a heel unfit for a premiere and deny entry. About how this unwelcomed fashion consultation excludes nobody — except men.

When I first heard of this supposed Cannes custom — since confirmed by recent celebrity outbursts and Facebook posts from friends in attendance — I lost interest in attending myself. It’s not about whether or not I like getting dolled up, or if I like to wear heels or not. The truth is, I don’t mind the occasional razzle-dazzle, for the sake of nostalgia if nothing else. A temporary change in appearance is liberating, a sensation entrenched in childhood memories of unrestrained makeovers and dress-up. But as a six-year-old who felt comfortable wearing outrageous shades of lipstick, answering to a dress code as an adult seems remarkably regressive.

Obviously, my creative impulses as a little girl weren’t groomed outside gender conforming standards — I fancied lipstick while my brother dressed up as a Ninja Turtle for a year. These same standards manipulate us as adults and determine the height of our heels and the cosmetics on our faces. But at least as costumed children we have the sensation of free and independent expression. At least as children, we aren’t infantilized adults, as blatantly reinforced by exhibit Cannes. The charade of heel measuring is just another micro example, useful as source material for an Amy Schumer sketch, if nothing else.

I actually wasn’t too familiar with Schumer’s work until I sat down to discuss women in comedy with SNL’s Anna Weinstein. After watching “Girl, You Don’t Need Makeup,” I was sold. For me, the underlying issue isn’t about whether women are more beautiful with or without makeup but according to whom these standards are set. And beauty standards dictated by a boy band are certainly no more satirical than when prescribed by a film festival guard.

Anna Weinstein and I met nearly 20 years ago, in costume nonetheless. She was the “Annie” to my “Molly” where we both grew up in Cleveland, which is, in musical theater reality, a big deal. Weinstein tells me the height of her coolness was when she played the part in 1997. I played “Annie” many times myself after the initial production with Weinstein, sometimes in wild red wigs and lipstick and other times in more subtle costume. And I think the “coolness” Weinstein mentions has less to do with starring in a community theater musical and much more to do with dressing up outside the critical lens of societal reality.

Weinstein is a Talent Associate at Saturday Night Live. She was previously Lorne Michaels’ assistant as he launched The Tonight Show with Jimmy Fallon and Late Night with Seth Meyers. Prior to that, Weinstein was an Executive Assistant at ICM Partners. She is a graduate of Barnard College.

What’s your job at SNL?
I’m in the talent department and handle the casting needs outside of the main cast. So, I hire all the extras for the live show and pre-tapes. I’m also the liaison while the host is at SNL for the week. It’s been really fun getting to know the various personalities who pass through and to learn about different work ethics and the different ways people cope with intense stress and unfamiliarity. Speaking of stress, on top of the 40th Anniversary and having 21 shows this season, it’s definitely been taxing, but the finale with Louis C.K. was awesome — just to see him in motion was such a cool learning experience, and maybe my favorite one yet. Now that the show is on hiatus and I have the summer off, I will take this time to see a ton of New York comedy and recharge.

Like a sabbatical.
Yeah, and I see it as an opportunity to do things I’ve always wanted to do. I’m taking a film class at SVA this summer called Digital Filmmaking. I’m helping to book talent and produce a comedy show in Brooklyn, which is really exciting because I’ll be able to use my relationships from SNL. And performers want to perform; most are flattered even to be asked.

How do you build your rolodex of performers?
I’m always at UCB watching the young sketch teams and going to Harold nights. Having gone to college in New York, I’ve been involved in the theater and comedy communities for a long time so I’ve had the time to build a really great network. Also, I live in Williamsburg and there’s an amazing stand-up scene, so much talent and creativity literally at my doorstep. I try to check out new shows at Matchless or Cameo Lounge as often as possible.

You worked with theater and comedy clients at ICM. What was that experience?
I was in the talent department at ICM for a year with mostly comedy clients, and then I worked for the head of the theater department with mostly theater director clients. Casting skills are a big part of working at an agency because agents are searching for projects that suit the clients. It was fascinating to see what agencies look for and what traits make talent less appealing or more appealing. It’s all very subjective, but the longer you’re immersed in the business, you begin to recognize who has the “star power,” or the potential to go all the way. I love watching the journey from starting out to establishing a name to being recognized and appreciated. I think the tipping points in this journey are my favorite moments in entertainment.

How has the comedy industry changed?
I think it has a ton to do with how people are discovered. Comics are creating their own content and extremely high-level work that upper-level executives and producers are drawn to. From there, execs bring the content to an even higher level and broader audience through broadcast networks or digital streaming channels, like Funny or Die or Above Average. I think the self-generating attitude has changed the relationship between the talent and the network because the talent has so many ways of distributing their content — it almost gives today’s talent more leverage. The business is really moving away from the big corporate culture.

Is 30 Rock big corporate culture?
I think it very much varies from department to department and show to show. A late-night comedy show where people roll into the office in the afternoon and stay into the wee hours of the morning is going to feel very different culturally than NBC Corporate Sales or rating researching for example.

Are you interested in working outside of comedy?
I don’t want to pigeonhole myself in just comedy or late-night TV, and I like to see everything, not just comedy. I feel more effective and savvy when I’m familiar with all the emerging young talent — not those just specific to comedy. I love Broadway and Off-Broadway, and I love documentaries. I just saw Drunk, Stoned, Brilliant, Dead: The Story of The National Lampoon at Tribeca. It was fascinating to see a film about the early days of subversive comedy, to see how SNL took shape. A lot of the original talent on SNL came directly from the National Lampoon so it was fascinating to see the story come together in the film.

What’s your opinion on the state of women in comedy?
I think it comes in ebbs and flows depending on the current regime. Today there are so many amazing female-created and oriented shows, like Broad City, Unbreakable Kimmy Schmidt and Inside Amy Schumer. I love Amy Schumer, who just won a Peabody award. With Jessi Klein as the head writer, the show has the most hilarious female-oriented sketches. Women definitely have a real voice now, and it’s an exciting time. I think we should just continue supporting and helping each other get ahead.

What do you love about Schumer?
I don’t think she falls into any standard realm. She makes fun of a lot of things and hits the real contradictions in being a woman today. Her brand of comedy is the new cool, and the new cool now is to be really smart. I’m just so impressed by her observations. Her sketch “I’m Sorry,” about women apologizing, resonated with me so much. Especially when the stakes are high, women tend to internalize and apologize in a way that men don’t. And I think that being unapologetic gets you farther sometimes. You command an innate respect when you don’t overthink your behavior or feel the need to constantly apologize.

Like projecting confidence.
Yeah, but sometimes this can cause problems with accountability. Though women may apologize too much, I think we are strong leaders because we tend not to distance ourselves from mistakes. We take responsibility for them, and so we are accountable. Of course there are so many exceptions. This is just one of many observations.

What is the most important skill you’ve learned?
I’ve learned that a lot relies on instincts, which is obviously something that cannot be taught. That being said — and this might sound obvious even though it surprisingly isn’t — manners are so crucial when it comes to sustaining yourself. It’s important to thank those who have helped you, and if it’s genuine, people do not forget a thank you note.