by Scott Macaulay
in Filmmaker Videos, Filmmaking
on Jul 7, 2010 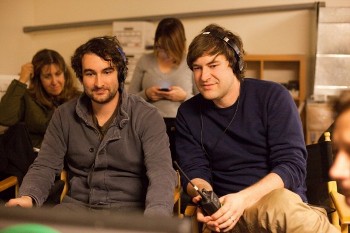 Alica Van Couvering’s interview with Mark and Jay Duplass in the current issue of Filmmaker was conducted at the Sundance Film Festival, where their latest film, Cyrus, premiered. Starring John C. Reilly, Marisa Tomei and Jonah Hill, the film is a comedy/drama about mid-life romance and the borderline aggro-child that stands in its way. Alicia’s interview was filmed by Zak Forsman, Kevin Shah and the Sabi Pictures team, and here’s an edit of their conversation. See more videos on our YouTube channel. The film opens Friday, June 18.