“We Couldn’t Do Our Jobs If We Weren’t Social People”: Diane Henderson on Festival Programming 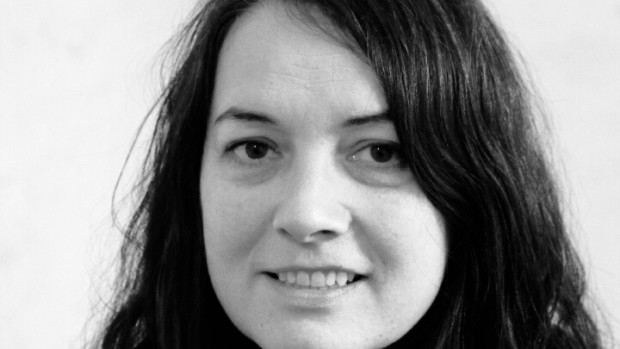 I’m chastising two filmmakers for walking out of Nanni Moretti’s My Mother, the closing night film at the New Horizons Film Festival in Wroclaw. I make some argument about how films, even bad ones, deserve the attention of at least their running times, and I gloat about having suffered through the entirety of Moretti’s newest flop myself. Two weeks later, on my second morning at the Locarno Film Festival, while watching the World Premiere of Chantal Akerman’s No Home Movie, which will premiere in the U.S. later this fall at the New York Film Festival, I’m almost amused by the continuous flood of walkouts. By the end of the 115-minute film, more than half the audience is gone. I realize a dimension of film festival culture I hadn’t before seen — one that has less to do with critical acclaim or respectful restraint or even cinephilia, and more to do with cheeky gossip while sweating over aperitivos. The dramatic flair of walking out is a worthy conversation starter, but also, it’s just part of the fun.

On my third morning in Locarno, I swallow my shame to escape a dreadfully mundane documentary. Like running away from a restaurant without paying, it feels so bad, and in the guilty recess of badness, so thrilling. It’s the first movie I’ve ever walked out of, and, with an unanticipated hour of freedom and a virgin walkout story to boot, I find myself eager to participate in what many others have done before me in a long tradition of festival etiquette — to bash a film. Just writing this feels callous, but assuredly, a controversial film, particularly one distinguished by walkouts, is a contributing factor to the hype and appeal of film festivals.

I think the only people outside this game of walkout whimsy are the festival programmers themselves. Though they program eclectic slates in anticipation of controversy or even outrage, they seem to love their selected films, probably more than the filmmakers themselves. I met one such warmhearted festival programmer while in Wroclaw at New Horizons. We happened to sit next to each other at a screening of a film she “didn’t quite understand.” But those were the harshest words I heard from Diane Henderson, Deputy Director of the Edinburgh Film Festival, who travelled to Wroclaw as an invited juror for the International Competition, and whose relationship to people is as generous as is her response to films. If I were a filmmaker, I may not be able to avoid audience walkouts, but I’d definitely feel safest screening in Edinburgh. Over the last ten years, Henderson has built a program to appeal not just to merciless audiences, but catered also to the filmmakers themselves. Come to think of it, I needn’t be a filmmaker to want to attend the Edinburgh Film Festival. Henderson sold me with her description of the city alone… maybe by the 70th edition in June next year, I’ll even be living in town.

Henderson has worked in marketing, as an exhibition curator at the Edinburgh College of Art, in documentary digital distribution and also as the General Manager of Edinburgh’s Cameo Cinema. She is a graduate of photography from Edinburgh’s Napier University.

Why did you first leave your hometown in Glasgow?
I left Glasgow to study photography in Edinburgh. Whilst doing my degree, I started working at Filmhouse Cinema, which is the home of the Edinburgh Film Festival. This was a time of pre-digital photography in the ’80s, so I literally spent most of my early twenties in the dark. I’d go from the dark room developing pictures to tearing tickets in the cinema. When I graduated school, I became the Marketing Editor at Filmhouse. You could say I started off on the first rung of the ladder — tearing tickets — but it was there that I fell in love with the whole shebang of art house cinema.

Since Filmhouse, you’ve worked as an art curator, a cinema general manager, and a documentary digital distributor, only to arrive full circle back at Filmhouse (which is now merged with the Edinburgh Film Festival). What is your job now?
Next year will be my tenth year as Deputy Director for the Edinburgh Film Festival. In total we have roughly 130 new films, about 50 other retrospectives or various special screenings, about 160 shorts, and we have a big animation strand. I manage the programming team and all the behind the scenes production coordination and technical aspects. Managing these departments is a massive job, but we have an amazing team in all the areas.

Would you say much of your work is contingent upon interaction with your team?
It’s a very sociable business, and it will always be a business about people. We couldn’t do our jobs if we weren’t social people. No matter how sophisticated we become, humans are really quite basic. If two people don’t like each other, they won’t work together, just like you can’t make a film on your own. You have to be a team player and interested in working with other people. I’m also on my own a lot when traveling to other festivals. It’s very important for me to meet filmmakers and have relationships with sales agents, producers, and financiers from all over the world, and there’s a lot of cross-fertilization. When I see something great done at a festival, I bring it home and adapt it for Edinburgh.

Do festivals compete with each other for world-premiering films?
Some festivals used to demand world premieres, but it’s relaxed a bit. Our funding is predicated on programming new international cinema so we require U.K. premieres. You have to have rules in place in order to bend and break them, I feel very strongly about that. And if we love a film, we’ll find a way to include it. For example, we want films to be no older than a year, but I’m still looking at films now from 2014. If I know the audience will love something, no question, I’ll put it in.

The programming is influenced by your audience?
We have sections that are very tightly curated like the retrospectives, but for the main program, you need to be flexible and think mostly about the audience. There’s a difference between programming and curating. For me, curation is more about the curator. I could curate my favorite films, but my job is to be a programmer. Audiences have to be at the heart of my thinking. I think everybody makes art for an audience, and the audience, like a critique, is another part of the jigsaw.

You mean the critique is part of the filmmaking process?
Right, it’s the final piece of the jigsaw. Film criticism is hugely important and a bit of a dying art, which is terrifying. I think a lot of critics think their job is to rate a film as opposed to engage with the film to help people understand. But I’d like to think that things go in circles and everything comes back.

Like your return to Edinburgh — what’s best about being back?
Edinburgh is steeped in history. We started in 1947, but we never cancelled any editions, so we are the oldest continually running film festival. We reach the 70th edition next year. What makes me most proud of Edinburgh is that it’s run by film lovers. From the runners to the marketing team, everyone working at the festival is a film buff. As a result, filmmakers are really well looked after. You can really feel the entire city welcome our guests, from the city council to the restaurants to the University students. We include various academic interludes in the festival and bring on students from St. Andrews or University of Edinburgh as translators.

How are the filmmakers looked after?
We have guest liaisons to make it as easy for the filmmakers as possible. When I first started, filmmakers were told to just be at their screening. But these filmmakers are about to deliver their baby to a room full of strangers in a foreign country, so I wanted to make it as stress-free as possible. Filmmakers are now picked up by a driver and a festival liaison and then hand-delivered to a programmer for the Q&A after the screening. Some people like to be left alone, but 90% of filmmakers like the care and attention. It’s about making sure they have a good time, including tourist attractions in the city. It’s not all about the film.

What is it about the city that appeals to you?
I never thought I’d stay in Edinburgh when I was younger. I used to think at the very least I had to live in London to get a good job. But Edinburgh now feels like home. No matter where I travel, I’m always happy to return. There’s so much culture, not just during the festival and in the summer months, but all year round. There are 14 main festivals, lots of independent venues, and there are so many jobs in the arts. So much theater opens in Edinburgh before going to London or Broadway. And you can walk to work — how many people living in other cities can say that?

What do you wish you could have told your younger self?
I don’t have any regrets but I very much wish I had more confidence when I was younger. It’s very typical coming from a working class background, feeling like you don’t belong in the room. For me, it was a lack of self-confidence predominately. Now I realize that not everyone needs to like me. I don’t like everyone. And it’s ok.

Is lack of confidence more about the lack of opportunities than it is about the particular background?
I think there are a lot of talented people in under-privileged areas who are under-confident, who don’t know they are talented because no one has told them. When I imagine winning the lottery, which won’t happen because I don’t do it, I imagine setting up travel budgets for photographers and also setting up a fund for people from underprivileged backgrounds to make film. I’d love to help give these people the chances that I’ve been lucky enough to find. It sounds like I’d like to play God, but it’s really just that I’d like to make opportunities for people who don’t have them.

How do you imagine your legacy at the Edinburgh Film Festival?
I love imagining our audiences growing. I love the idea of people feeling they need to be at Edinburgh because they know it will be fun and it will stretch their minds. I’d love to think that our audience increases each year, in all the sections, not just American independents that U.K. audiences love. I’d love to walk away from Edinburgh knowing that I helped it become a go-to destination for people. I think it’d be a really nice legacy, but I also think that the festival is more important than anyone who works there.