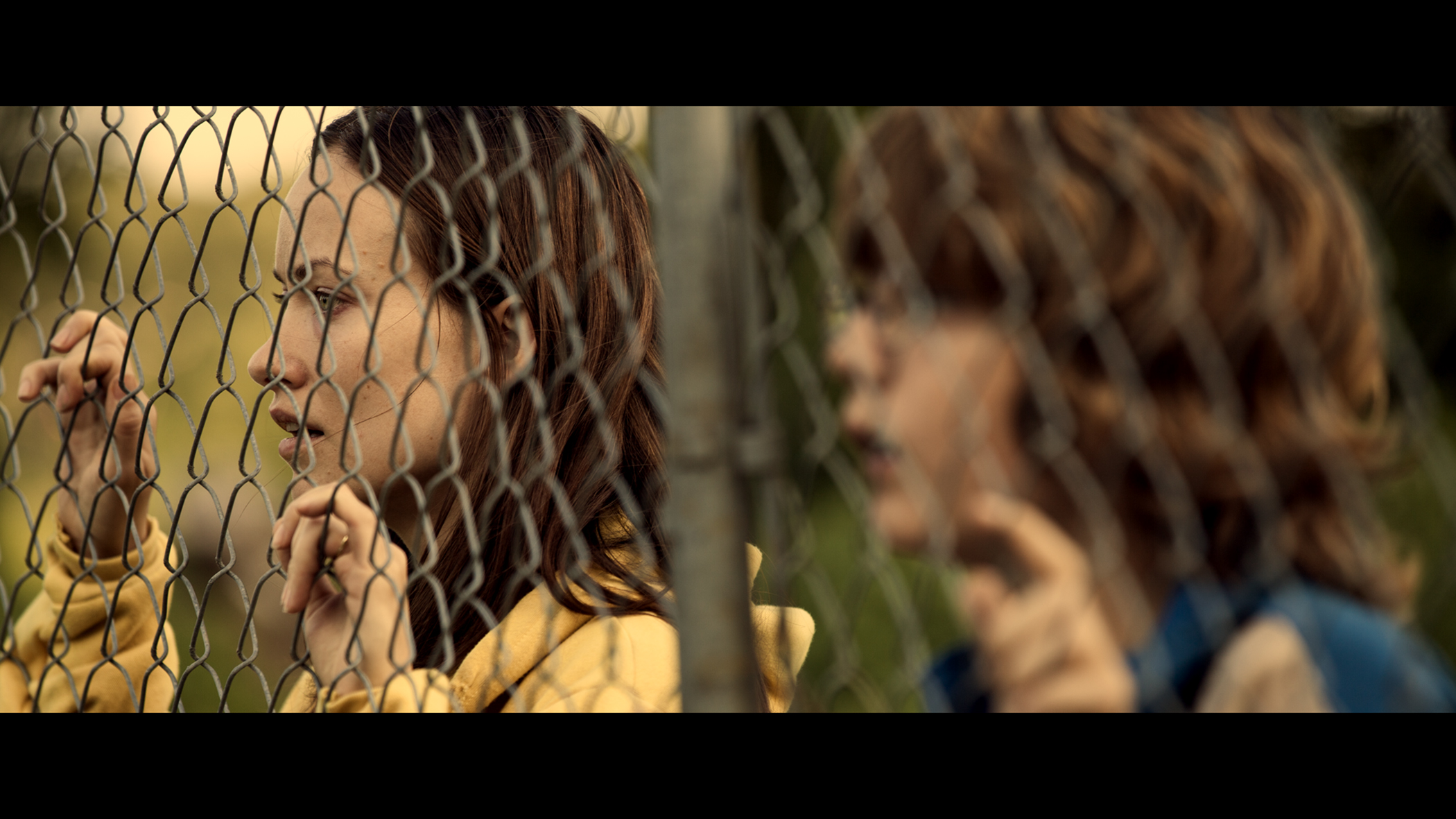 The response to a student’s query about any deeper meaning behind a simple cigar — for which his professor had a signature fondness — was Freud’s possibly apocryphal, and definitely overly quoted, “Sometimes a cigar is just a cigar.” Right. At times, however, it isn’t. Anything can be either real or imaginary, or perhaps occupy a middle ground. That which lies in the in-between is often the most intriguing, revealing and nuanced of all.

Working from a script by Chris Rossi that she significantly revised, Meadowland’s first-time director and very experienced cinematographer Reed Morano transports us and her female protagonist, Sarah Alexander (Olivia Wilde), into a twilight zone so nebulous that you could make a valid argument for the film being either overly laden with symbols or just carried by suggestive mood and character enhancement.

A resident of the far Upper West Side who teaches middle school in New Jersey, Sarah — in fact, much of the film itself — enters such a space barely five minutes in. In the very first scene, short, cuddly, and set in the family car, the affection she and husband Phil (Luke Wilson), a New York City cop, pour on their young son Jessie is palpable, even though the camera pretty much stays with the adorable kid. When they briefly leave him in the facilities of an upstate gas station, he vanishes. The immediate shock and trauma precipitated by the sudden disappearance take up negligible screen time. Cut. 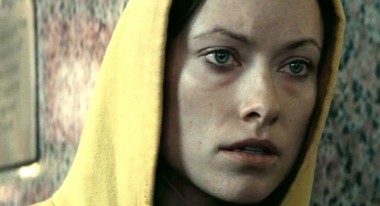 A year has passed. Morano is after the longer-term effects of their loss, after well-wishers and relatives have stopped visiting and calling. She observes the shattered couple once they have attempted to resume functioning, to suppress their grief enough to fake normalcy. They face a major pitfall: no closure. In spite of a crack investigator heading up the case, Jessie remains unaccounted for. The rapidly diminishing spark of hope is torture that pushes the bereft Sarah and Phil to act out, each in their own way, even more oddly than they might have had their unfathomable loss attained resolution.

Unlike Sarah, Phil makes some effort to hold it together. Most of the time, he remains on terra firma. He goes through the motions: fulfilling his daily tasks, dutifully surveying photos of convicted pedophiles that the detective brings to meetings with the couple, joining a support group for grieving parents. In situations where he does fly off the handle, it is within the flexible boundaries of socially acceptable behavior — though you can’t help but notice that something is a bit off in the way he carries out his responsibilities. In one scene, while in full uniform, he asks a feuding couple who have been reported to the police if he can sit down, like an invited guest, in their apartment. When he chews out his best friend in a bar for allegedly talking about his tragedy while he has stepped away, it just may be paranoia.

But he definitely loses his balance — and a much-needed new buddy from the counseling sessions, Pete (John Leguizamo) — when he abuses his privileges and hands over the address of the wealthy man responsible for the hit-and-run that killed the man’s daughter. He has mistaken a fantasy Pete had expressed at an earlier tete-a-tete about bumping into the driver and taking revenge, when the real reason the distraught father attends the meetings is to figure out how to deal constructively with the aftereffects. Only once does Phil resort to violence: One evening he jumps out of his patrol car and repeatedly kicks a stranger’s makeshift memorial on the side of the road.

Sarah, on the other hand, lives in an oneiric state, one in which dreams and nightmares play a part. Her most anchored connection is with her students, so she takes cues from the increasingly baffled teens. She falls asleep while one boy reads Emily Dickinson aloud — meadows! — sending her into a rather public private reverie. From one girl who hides headphones under her dark hoodie during class, she listens to the heavy-metal music rather than reprimand her and ends up sleeping later with the plugs in her ears. After noticing the multiple self-inflicted cuts on the embarrassed kid’s arm, she follows suit. She assigns her pain a location, and a reason, no matter that it’s misplaced. 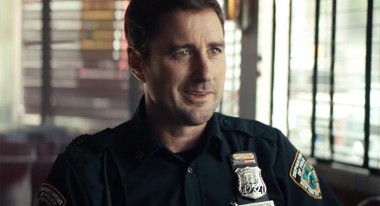 Sarah appropriates the hoodie as well, but she opts for bright yellow. She wanders through Times Square and takes the subway wearing the incongruous head cover. On her it looks like a sign of loneliness, the mark of an outsider — or is it “just a cigar?” You might reference Nicholas Roeg’s 1973 classic Don’t Look Now, in which a mysterious, demonic little girl with a red hood follows an older couple around an otherworldly version of Venice. Or note that mentally unstable people, especially schizophrenics, are attracted to bright colors. Signifier? Or atmosphere builder?

Having branded herself a marginal, and recognizing that she no longer fits into the social order as she once did, she initiates a friendly relationship not so much with one of her ordinary students, but with the single special-needs boy in the school. Morano sets up a fateful encounter: While the shy 12- or 13-year-old kid, Adam (Ty Simpkins), plays ball by himself in a gym full of other children, Sarah is also there solo, eating a lunchtime sandwich in the bleachers. No cafeteria, no teacher’s lounge for her. She sees him steal books from the library and throw temper tantrums in the hallway. When she finally speaks with him, she finds him extraordinary, a deeply curious boy with acute, if unconventional, intelligence. Checking his files and questioning his teachers, she discovers he has Asperger’s Syndrome and lives with negligent foster parents (Elisabeth Moss, Kevin Corrigan, outstanding in small parts).

A kinship is born, though the partners come from opposite directions. She begins to look out for him and to listen to his encyclopedic discourse on all manner of things, but especially his favorite subject, elephants. “They pass the mirror test,” he tells her, explaining that they recognize their own reflection — an obvious analogy to Sarah’s confusion of her former self with the more recent incarnation. The elephant plays an important role in the archetypal pattern of the film: It is heavily symbolic but so entwined with the narrative that it does not come off as overload. But her interest in a fellow other becomes a potentially detrimental obsession. She has found a soulmate who also resides in a sphere outside the usual and cannot let go. She stalks the trampy foster mother and accidentally meets his dismissive foster dad (Kevin Corrigan) in a bar. When Sarah drives Adam in the direction of the New Jersey Meadowlands, they are frequently taking part in two separate conversations. It does not matter to her.

Morano has said that she provided her performers lots of space, room to improvise, for “spontaneity.” In fact, she says that she altered what began as a detail-filled “procedural” by Grotti into a much more spare study of the characters themselves, stripping away dialogue from the screenplay, then trimming over and over in post. Wilde portrays the dumbstruck Sarah to perfection, her mostly neutral, exquisite face occasionally registering a nuanced gesture to strong dramatic effect. Wilson looks the part of a Phil and plays him as the clueless, inarticulate loser he is. Simpkins has been acting since infancy. His interpretation of the exceptional Adam is commendable and credible, lacking the intense self-consciousness most actors of any age would bring to the role.

In interviews, Morano says that the genesis of the project about the lost Sarah and Phil was her response to her father’s death two decades before. “Grief is about losing yourself….The dream is a spiritual journey.” The film enables her to unleash variations on her experiences, palatable or not, along the way. Deftly, she moves back and forth between the sacred and the profane. The half-mad Sarah searches under the carpeting on the floor in the back of their car for evidence of Jessie’s existence. She finds a bit of stale cracker, which she chews in an almost beatific close-up. If in the church the host represents the body of Christ, here we have an up-close dramatization of the process of ingestion.

And the profane? Forget the calculated mercy fuck Sarah gives away in in a cheap motel room, or the unfiltered vulgarity pouring out of the boyfriend’s mouth in the noisy apartment Phil checks out. I’m not sure exactly why — I do not think it is chance — but public bathrooms are repeat settings, from the very beginning, when Jessie goes off. The cutting takes place in another one, Sarah follows Moss’s Shannon and a strange man not her husband to a different pit-stop convenience (where clues indicate they are shooting up), and the toilet of a roadside café is her hiding place from dining cops when she is on an unauthorized trip with Adam.

All the while, in the crevices among matters both spiritual and carnal, Morano inserts less loaded but striking shots of city and nature (she is partial to clouds) in just the right places to help pull the disparate elements together. Only such a gifted DP and filmmaker could intuit these decisions in a film so complexly arranged in relatively short scenes. The profundity of this affecting deconstruction of grief hinges a lot on performance and storyline, but above all, it just might be a function of meticulous shooting and directing by someone impressively stretching to grasp the undefinable.