“I Feel Purple Today”: Director Andrea Sisson on She Does Podcast 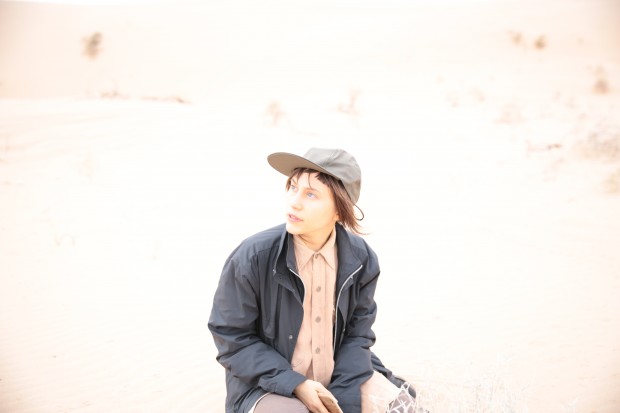 by Andrea Sisson and Pete Ohs
in Filmmaking
on Nov 6, 2015

Andrea Sisson, She Does Podcast

Andrea Sisson is a multidisciplinary visual artist who creates films, photos and performance art pieces for the design, art and fashion industries. Her work has been shown online and offline, in places like the São Paulo Museum of Image and Sound and on NOWNESS, where she featured Sia’s choreographer Ryan Heffington. She’s the co-director of Everything Beautiful is Far Away, a pop art sci-fi feature currently in post-production, and a feature documentary I Send You This Place, which Andrea made as a 2010 Fulbright Design Fellow. In 2013, Andrea and her husband Pete Ohs were selected as a duo for Filmmaker Magazine’s 25 New Faces of Independent Film. Andrea’s work is heavily influenced by the people, the colors, the environment and design that surrounds her. In this episode, we talk about Andrea’s love of travel, what it feels like to rediscover your teenage years, the intensity of falling in love, why we need to reassess mental illness, and how even “This American Life” gets online hate. Oh, and robot head girlfriends of course.

How Andrea and Pete Ohs run their film shoots
We like it to be very fluid and nice. I have to tell people when they’re coming on as production assistants, “Just because you’re getting coffee doesn’t mean you’re a PA. I hired you because I think you’re an awesome person. I’m not identifying you as just this small piece in the chain. You’re here at the same level as all of us. We all have our different jobs — I’m the boss — but you’re not littler.” Because people in this town — Los Angeles — can get real down about, “I’m just a grip. I’m just a PA.” I’m like, “No. I just asked you to pick up that bucket because it needs to be done. Someone needs to do it. We’re all here together. That’s why we have ten people and not 30 people. Just because you pick up a bucket doesn’t mean you’re less.”

Andrea and Pete on working separately and together
We’d been collaborating together, but we’re not this collaborative mind. We’re supporting each other a lot but it’s recognizing that this isn’t a shared vision with anybody else. It’s my responsibility to make it this thing that it’s going to be. Pete doesn’t know what it’s going to be. I have to completely pull it out of myself. It’s been almost five years since we’ve been married, and we’re changing a lot. You have to hold on without holding on at all. You just can’t be afraid. I will not want to do things and deep down I know it’s because I’m afraid I’m going to change so much that I will grow apart from Pete. We were so afraid to say we wanted to not make work together. That doesn’t mean we’re going to break up, we just are going to change. And that’s totally fine.

Communicating the feeling of a place through a manipulated image
With a camera I’m trying to channel the feeling of what it feels like to be in that space. So, before I look through the camera, I walk out and something will catch me in the world, right? And I’m just like, “Whoa! The way this light is hitting this hill, just whoa!” And then I take the picture and it usually doesn’t look like that. The way the camera is reading that, it does not look like the way my eye was reading it, or the way my body was feeling it. So then I spend a lot of time in post, bringing out just this blue. I have this memory of what this place felt like, and I bring out that blue to feel like what it felt like that day, or the green to feel like what it felt like that day. The image is always, “What did it feel like there?”

Keep in touch with youth
I guess we have this image of what an adult is, like a mortgage and a car. As I get older and I don’t want those kind of adult things that other people grow into wanting — a house, kids. I think what it is that I’m doing in life is learning how to hold on to what it is to be just like a kid. And I’m reflecting on that. I’m 28, and I’m going to be 30 soon, and so now I want to talk to 15-year-olds, and I’m finding I’m relating to things they’re doing. Our generation made YouTube, we made Instagram, we made Facebook, and these kids aren’t making these platforms, they’re using the platforms to create cool stuff, to put out cool stuff. They’re using Soundcloud for sound diaries and putting out really high-quality music. It’s inspiring me more than what 30-year-olds are doing right now.