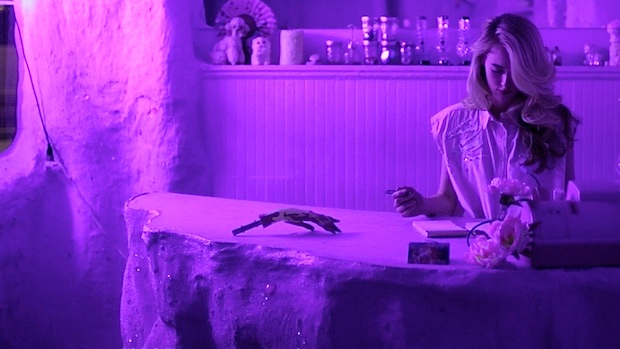 Slamdance today announced the 20 films that comprise its 2016 Narrative and Documentary Competition selections. A total of 16 premieres — 12 World, three North American and one U.S. — will be presented January 22 – 28 at the festival’s usual digs atop mainstream at the Treasure Mountain Inn, Park City, Utah. Said co-founder and Slamdance President Peter Baxter in a statement, “The standard of DIY filmmaking around the world is the highest we’ve seen, and the diversity of storytelling is the most we’ve experienced. With a record breaking number of submissions to select from, the narrative and documentary feature line-up has never been so competitive or as exciting to program.”

From the press release, the 20 films are as follows:

All the Colors of the Night. Director: Pedro Severien; Screenwriter: Luiz Octávio Pereira (Brazil). Iris wakes up in her spacious seafront apartment, discovers a body in the living room and enlists the help of other women, setting off a spiral of redemption in an atmospheric drama of dark imagery and questionable reality. Cast: Sabrina Greve, Sandra Possani, Brenda Ligia, Giovanna Simões, Rômulo Braga.

MAD. Director & Screenwriter: Robert G. Putka. (USA) World Premiere. A matriarch past the point of a nervous breakdown, her two daughters that don’t give a damn, and the heat-seeking missiles of resentment they toss at each other create a lively backdrop for this dark and dramatic comedy. Cast: Jennifer Lafleur, Maryann Plunkett, Eilis Cahill, Mark Reeb, David Sullivan, Conor Casey, Shaun Weiss, Chris Doubek

Neptune. Director: Derek Kimball; Screenwriters: Derek Kimball, Matthew Konkel (USA). Set in the late 1980s on an island off the coast of Maine, an orphan girl raised by the church becomes obsessed by the disappearance of a classmate, and her haunted dreams and visions propel her to push past her sheltered life.
Cast: Jane Ackermann, Tony Reilly, William McDonough III, Christine Louise Marshall, Dylan Chestnutt, Maureen Butler

1ha 43a. Director & Screenwriter: Monika Pirch. (Germany) North American Premiere. After inheriting a plot of farming land near Dusseldorf, Monika explores the potential of her field through administrative, historic and poetic methods and manages to reconnect with the land and her ancestry in a beautiful and unexpected way.

Fursonas. Director & Screenwriter: Dominic Rodriguez. (USA) World Premiere. Like any community, the Furry world is one with gossipers, dreamers, followers, whistleblowers and the one guy who wants to rule them all.