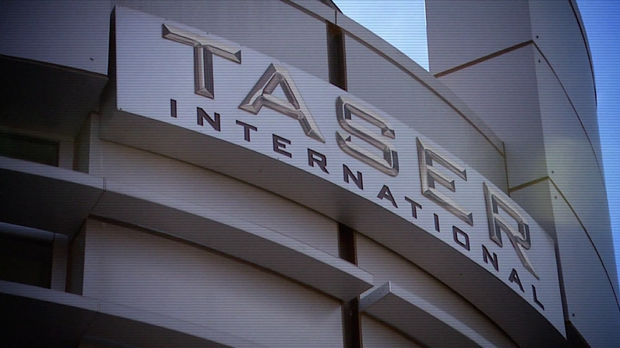 by Paula Bernstein
in Director Interviews, Filmmaking
on Dec 11, 2015

It’s not unusual for filmmakers digging into difficult truths to face backlash or even retaliation. The Church of Scientology, for instance, launched a smear campaign against director Alex Gibney after his film Going Clear: Scientology and the Prison of Belief addressed some of the religion’s questionable practices.

Now TASER International has tried to discredit the new documentary Killing Them Safely, which raises serious questions about the safety of TASER guns, by posting negative reviews on various web sites, including Amazon.com, iTunes and IMDB. Because TASER employees used their real names when posting these reviews, it’s been easy to spot these fake reviews (after Berardini shared screenshots of these reviews alongside the employees’ LinkedIn pages, many of them have been removed).

Under the heading “Do not waste your time or money,” Robert Lovering wrote a review on the Amazon.com page for the film: “Waste of time. The information delivered in this movie is not creditable [sic] and extremely boring.” Lovering appears to work as a sales director for TASER. His review was one of many which appear to have been posted by TASER employees.

As the film’s director Nick Berardini (who recently penned a Filmmaker Magazine story about making issue films) points out, the irony is that “the majority of the film’s narrative is told through TASER International’s point of view, and is essentially about how they see themselves in the wake of collateral damage they created. It is in no way a hit piece, rather it’s basically a film asking them to reconcile their success, and the good they claim they’ve done, with the path they took to get there. The things that the film is critical about are simply highlighting the irresponsible rhetoric and warped corporate psychology that has prevented them from mitigating the risks of their weapon, because, well, it’s a weapon’s manufacturer.”

Berardini said he initially set out to make an observational film about Stanley Harlan, a 23-year-old from Missouri who was pulled over for speeding and died after police Tasered him for 31 seconds in the chest. Berardini approached TASER for access.

“My initial idea for the film was that it was going to be about this small town coming to grips with his death, and the reality that the officers had been lying about what happened,” he explained. “As I dug further into the officers’ training, I became more curious about TASER International, as they hold a monopoly on the weapons and control the training of officers from the top by paying cops as trainers, who then train regular street officers.”

Hoping to learn more about the company, Berardini negotiated access with TASER.

“I didn’t know much other than the surface controversies. After spending a day with Vice President of Communications Steve Tuttle, and getting a sense of the Orwellian nature of the place, it was clear whatever was happening beneath the surface was worth exploring further,” said Berardini. “While the interview/day was very much non-confrontational, Steve and I could never get on the same page about how TASERs may, in certain cases, cause death. It was clear I wouldn’t be allowed back; 45 minutes after leaving their headquarters, two of the company’s doctors canceled interviews with me.”

The film, which premiered at The Tribeca Film Festival earlier this year, features interviews from that day juxtaposed with archive deposition footage of the company’s executives as they defend the safety of TASERs. “It’s very much a film about the controversial history of the company, and all the things that threatened to kill its version of the ‘American Dream,’ as opposed to a film debating the merits of TASERs,” said Berardini.

Though TASER never actively tried to stop the film’s production, Berardini said “they’ve been very active in campaigning against it since the release. They are very good and aggressive at controlling their message. That’s how they’ve been able to survive. They have been calling me a ‘conspiracy theorist’ in the press, but anyone who sees the film sees that they themselves admit to the conspiracy.”

Meanwhile, Taser, hasn’t denied accusations that their employees have been trolling the documentary. “I can’t control our employees in what they do in their off hours any more than I can tell a police officer when to use a Taser, ” Tuttle told Forbes. “Does anyone in their right mind think that anybody that works at Taser would like this documentary?”

Killing Them Safely is in select theaters and on demand now. Find out more here. With a trailer of the film below: