A Spoiler-Free Review of Star Wars: Episode VII — The Force Awakens, A Film by J.J. Abrams 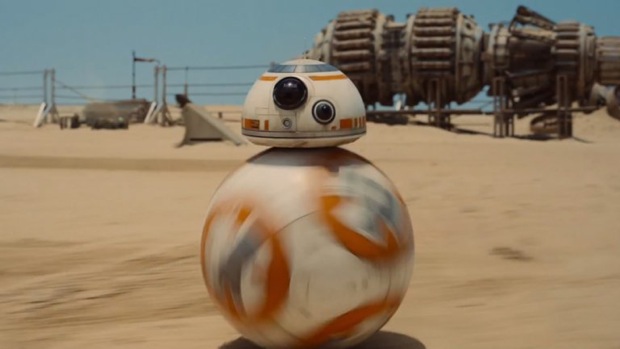 When confirming RSVPs for the one and only Episode VII press screening in NYC, Disney’s email included some more-severe-than-usual boilerplate about spoilers and embargoes: “In order to give audiences around the world the opportunity to enjoy Star Wars: The Force Awakens to its fullest and allow them to discover its surprises and plot twists in the cinema, we respectfully ask that you as press continue to be our partners on this journey, and we ask that you refrain from revealing spoilers and detailed story points in your coverage, including on social media.” This is a little corporate-slimy (I’m a partner now? Do I get revenue points?), but then I realized I hate writing synopses, so I’m perfectly fine with not explaining anything that happens in this movie at all.

OK, maybe one thing you need to know: The Force Awakens is effectively a remake of the first Star Wars, a smooth repurposing and reconfiguring of some very familiar beats rather than a whole new direction. This is what J.J.  Abrams does: rather than coming up with his own material, he takes a sturdy foundation (Star Trek, Mission: Impossible, the Amblin Films corpus) and, like Lord-Miller with a (mostly) straight face, reworks it a bit. He’s not the guy who designs the car, he’s the mechanic who tinkers with the engine for a little while and makes it run eight miles faster. This might not be such a big deal if more people were competent at delivering spatially coherent, reasonably exciting action franchise installments, but there aren’t, so I’m all for it: these trains are going to run anyway, so they might as well run on time. In a friend’s post-screening words, Abrams’ task was to “unfuck” the franchise, and he’s done precisely that.

Abrams shoots on film, and you can tell. Like fellow celluloid Luddite Christopher Nolan in Interstellar, he uses practical effects rather than cruddy CG whenever possible, and you can also tell. When people shoot at each other, you can keep track of who’s running where and where gunfire is coming from; this is not to be taken for granted, even if the formulas of each chase and dogfight are so familiar from previous installments that they’re more pleasantly soothing than actually exciting. He has a few signature shots — a woozy tilt into a canted angle at moments of mass chaos and explosions is a recurring tic — but all those lazy jokes about endless lens flare don’t apply any longer, as they’re gone.

Twice now, Abrams has been lucky enough to show up for franchise rebooting purposes at perhaps the last possible moment when the original players are not too old to return for duty: first with Leonard Nimoy’s genuinely affecting appearance in Star Trek, and now with the previously announced returning group of Harrison Ford, Carrie Fisher, C-3PO, R2-D2 and Chewbacca, whose surprisingly expressive roaring is still funny. It’s tough not to feel like you’re being Pavlovianly played upon when the players are trotted out every 30 minutes or so, nicely spaced apart so as to generate regular audience applause, but time’s passage does its stuff nonetheless: it’d be a harder-hearted man than me who could view the reunion of players who haven’t been onscreen together since 1983 without feeling something. Abrams doesn’t overegg these moments, and he’s one of the few blockbuster-mongers whose comic relief feels nicely offhand and witty rather than desperate. My single favorite moment in the movie has nothing to do with anything plotwise at all (is that a spoiler?): Chewbacca being tended to by a nurse who tells him he sounds like he did something very brave, and he manages to produce a roar along with a shrug that’s cartoonishly counterintuitive. It’s the little things.

Thinkpieces will be along by the dozens shortly, celebrating the franchise’s decision to make its leads an assertively kickass woman (previously obscure casting-call discovery Daisy Ridley) and a black man (Attack the Block‘s John Boyega), hinting at a franchise that will end with a black-white power couple without making a big deal out of it. That’s a perfectly fine thing. There will be other thinkpieces decrying mass audiences once more submitting to mass hegemony and allowing themselves to be harvested for endless merchandising dollars; that’s dumb, because this stuff isn’t going anywhere. I would be slightly more interested in the following questions: what the folks in the end credits credited with running the 3D printer for the prop shop unit did workflow-wise (is this now a standard practice for FX units?), under what circumstances regular Radiohead producer Nigel Godrich ended up apparently cameoing as a stormtrooper (!), the Abu Dhabi Film Commission’s role in arranging production logistics. (Yes, tax incentives and rebates are part of the equation, but I’d like to hear more.)

Anyway, Whoopi Goldberg was at the screening and I hope she enjoyed it. Jeffrey Tambor was there too, and said it was great on the way to his van. What else do you need to know? It’s a J.J. Abrams movie. It’s A-OK. It’s just fine.