“It’s a Very Exposing Process, and Oftentimes Quite a Lonely One”: Director Matthew Ross | Frank & Lola 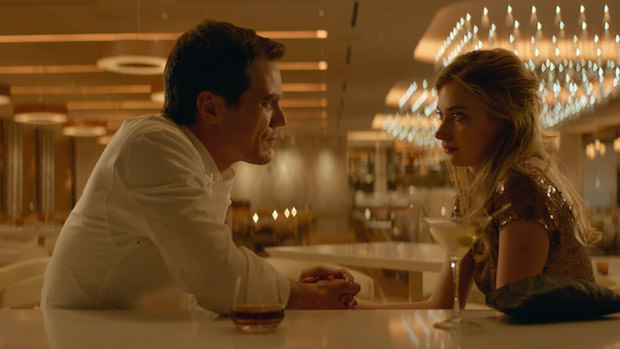 Frank & Lola is my first feature film. I’m not sure if this is necessarily a secret – but underlying the whole “pretend like you’ve been there before” mantra is of course the fact that you’ve never done anything like this before. We have an amazing group of producers (many of whom have been by your side, for years, working for free), an incredible crew who’ve worked with many of your cinematic heroes, and a dynamite cast that any writer-director working today would kill to have bringing their work from script to screen on their fourth or eighth movie, let alone their first. And the struggle you went through to get it up and running doesn’t mean a goddamn thing anymore. The only thing that matters is now is sound and image, what’s in the frame, what’s on the hard drive. And at the end of the day – a prep day, a shoot day, an edit day – it’s really all on you. You’re the captain. It’s a very exposing process, and oftentimes quite a lonely one.

The secret story of my film was me becoming accustomed to that loneliness, which always reared its head at night, after leaving the set, the production office, the edit room. I did it by relying on one overarching emotion: TRUST. Trust in my script and my ability to communicate my ideas to every conceivable personality type, in front of the camera and behind it; trust in believing that I would be able to offset my lack of experience and solve unexpected problems on the fly and with no room for error whatsoever because I was a director and that’s what directors do; and, most importantly, trust in my amazing team, especially my producers, my cast, and my department heads.

Looking back, it makes perfect sense, because trust – or, to be more precise, the destruction caused when trust is destroyed – is really what Frank & Lola is about. It is the engine that propels our two main characters (Frank and Lola) into some pretty dark corners in terms of content, from the cigarette-stenched casino floors of downtown Vegas (a true goldmine of desperation) to the drugged out sex clubs of Paris. Thankfully, we kept all of that on the screen – I chose to trust myself and my team, who chose to trust each other, and as a result we made the film the right way.