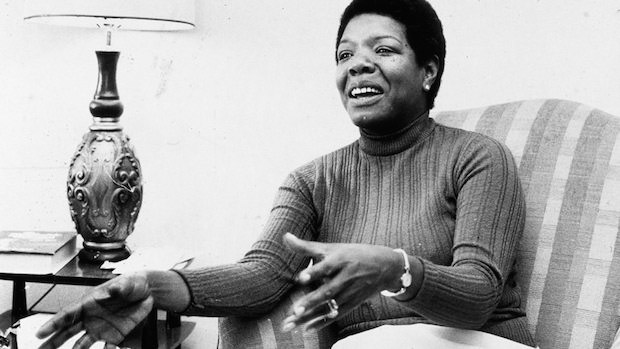 Maya Angelou and Still I Rise

Like many films we’ve worked on, there’s always the narrative you have in your head about the subject and then there’s the actual narrative that emerges after several years of filming. This proved to be the case on our film about the life of the remarkable Maya Angelou.

What emerged, surprisingly, were several stories from her life that were nearly unknown to most people and therefore quite intriguing to co-director Rita Coburn Whack and I. Few people knew that Maya Angelou performed in a revolutionary Jean Genet play called The Blacks in 1961 with a cast of actors that would all go on to great acclaim: James Earl Jones, Cicely Tyson, Godfrey Cambridge, Lou Gossett, Jr. and Charles Gordone.

Similarly, most people don’t know that Maya Angelou had a career as a calypso singer and dancer in the 1950s and actually appeared in a movie called Calypso Heat Wave. We were able to track down the movie and it’s a revelation to see her performing in beautiful black and white footage.

Another little known part of her story that emerged is Maya Angelou’s life in Africa in the early 1960s. Though she talks about it in her books it’s fascinating to hear her describe her trip to Cape Coast in Ghana, the terrible place where the slave ships embarked hundreds of years ago. Or to hear her describe the excitement of living in newly liberated Ghana and meeting with Malcolm X on his pilgrimage to Africa.

It was a unique privilege to be the first filmmakers to tell her full story and it was exciting the uncover some of these ‘secret’ stories that most people hadn’t heard. That’s the wonder of being a documentary filmmaker.