“From the Other Side of Reality”: Director Ciro Guerra | Embrace of the Serpent 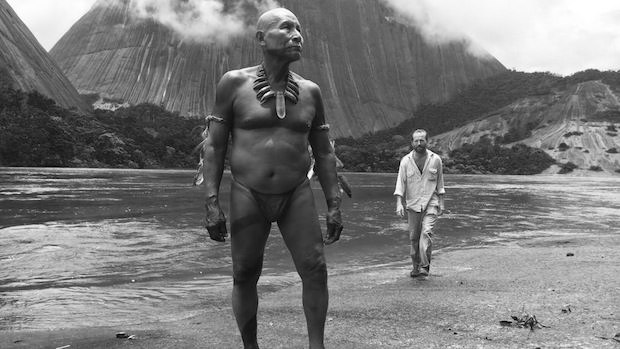 Embrace of the Serpent

During the writing process, I dove deeply into Amazonian myth and narrative, looking for ways to infuse the film with its strange, otherworldly logic. During that process I glimpsed a language, a way of telling stories that was so distant, so detached from our own, that it was essentially incomprehensible. The script is the result of a process of translation, an attempt to build a bridge between our two narrative ways. But there was so much that just wasn’t possible to translate in a way that Western audiences could grasp; so I just decided to hide it within the film, in plain sight, for the most curious eyes and minds. It’s right there, in all the symbols that are scribbled, scratched, painted and dreamed. It’s another film within the film, another view into the story, told from the other side of reality.