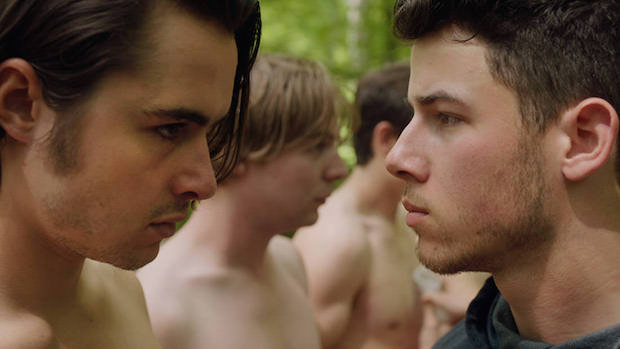 For me Goat is a narrative investigation of masculinity. This isn’t a secret, but it certainly is an ever present subtext in the movie. I now know what it’s like to be in a room where people are being brutally hazed. The secret is what we recorded and how the audience experiences it. I have a very clear sense of my personal reasons for making every film. I tend to pick narratives apart thematically as a starting point (when I begin writing or in this case revising a script). For me, the narrative is in service to the themes. I came from a family with a lineage of “achievement.” I felt the weight of male expectations. I also went to boarding school. I know what it was like to fight to survive in a dormitory with 45 young men going through puberty. This wasn’t a secret or a surprise — it’s simply the evolution of a discussion that already existed in my mind. I talk openly to all my collaborators about the experiences in my life that allow me to associate with the material. I think most often the only secret that I encounter when I make a film, either in myself or in the material, is simply the experience of making it. It comes into being on the screen as this idiosyncratic manifestation of my original concept. What’s on the screen is the secret.