Flesh and Blood: A War 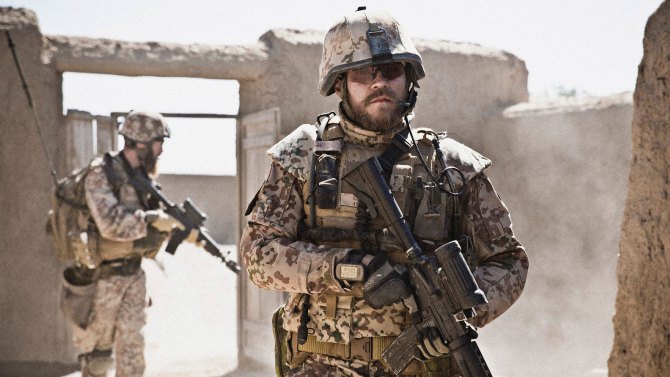 Pilou Asbaek, right, in A War

Written and directed by Tobias Lindholm (A Hijacking), A War — one of the five nominees for Best Foreign Language Film — examines the divide between the military and domestic spheres in the life of Claus Pedersen (Lindholm regular Pilou Asbaek). He is unit leader of a small Danish NATO contingent in Afghanistan; his wife, Maria (Tuva Novotny), tries her best to hold down the home front, a battleground of another sort in which their three young children are non-lethal combatants. 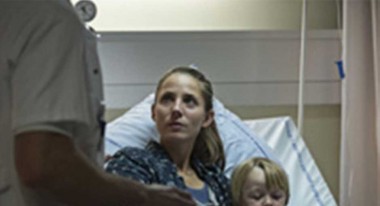 The separation of these domains becomes more and more clouded; the occasional satellite phone call is about all that connects the nuclear family. Differences completely dissolve after Pedersen returns to Denmark under a dark cloud: He is accused of war crimes in the deaths of 11 civilians, largely women and children. Pedersen and Maria’s struggles to guide and control their charges is tested once the line of demarcation is violated. The martial and the civilian increasingly overlap and clash. The narrative centers primarily on Pedersen’s journey into and out of these orbs, which collude and collide in equal measure. Maria’s path gives the film balance but is secondary to that of her husband.

Interwoven sub-narratives about considerable collateral damage in both Afghanistan and Denmark add additional variables to the deceptively complex storyline. The resulting structure defies both predictability and easy closure.

Two brief parallel shots provide a poignant glimpse into the general disparity that marks the film. In a peasant’s stucco home in Afghanistan, Pedersen gazes at the bloody, filthy feet of a boy killed by the Taliban the previous night. Back home in Denmark, he slips into the bedroom of his sleeping older son to silently bid him a good night. His eyes wander down the blanket covering him before two clean, pasty feet, positioned at the same angle as those of the Afghan youth, are revealed. Witness to war’s extreme oppositions, this soldier will be forever haunted. Visual symmetry conveys the situation’s universality much more than do the specifics of time and place. This is not The War; it’s A War.

The uncertainties of fighting can ultimately result in a reordering of values. Pedersen is a good, disciplined soldier, but he allows his friendships, and his own opinions, to interfere with the military’s conventional groupthink approach. Personal choice has no place in its playbook. A price must be paid for spitting in the face of tradition.

“Reality dictates,” says Lindholm. Form is a product of the situation. A War fits into the Dogma 95 school of filmmaking, which he had subscribed to in his earlier work. The aforementioned unpredictability makes A War suitable for its tenets. Plotlines can suddenly veer off; scenes set on different continents are juxtaposed without the customary logic. Working from the notion that reality dictates offers much more freedom than you find in tight scripts.

Cinematic elements need not be standardized. Instead of higher volume at dramatic moments, Lindholm opts for sudden, extended silences. He views unnecessary sounds as obstacles; ditto dispensable visual details. He says he is always looking from the outside, a type of engagement that enables him to excise extraneous material. A War has intense drama and battles both physical and verbal, yet it never seems cluttered. You get the feeling that almost all of the scenes in this refined, pared-down film are carefully, and effectively, cherry-picked.