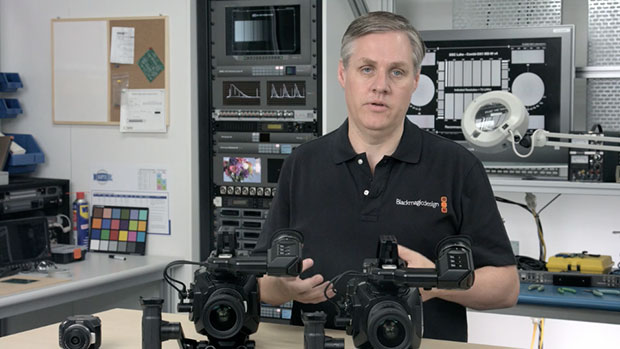 The Blackmagic URSA Mini 4.6K was supposed to ship back in October, but after encountering some engineering issues Blackmagic has finally announced that it is shipping, though minus one important feature: global shutter. In a press release announcing that the URSA Mini 4.6K and the Micro Cinema Camera are shipping, Blackmagic acknowledged that they had encountered problems with the global shutter in both cameras, though the problems were evidently different for each. Blackmagic decided to give up on the feature, in part because they think the key feature of the Mini 4.6K is really the high dynamic range, and when you turn on the global shutter you actually lose a couple of stops. From the press release:

The prime reason for this decision is that over the last few months, professional cinematographers and DOP’s who have been beta testing the cameras on all types of different projects have reported incredible results. Their feedback is that the cameras should not be delayed for this feature as the main benefits of the cameras are the wide dynamic range, and that this dynamic range is only available when running without global shutter. 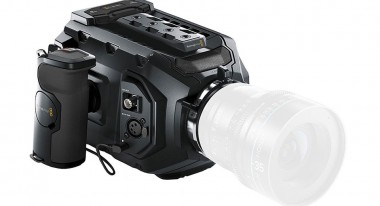 In a video also released today, Blackmagic CEO Grant Petty explains the decision, talks about the URSA Mini 4K and about the reaction to the camera.

One interesting part is the explanation for the 4.6K sensor:

Why 4.6K?
We need enough resolution to compensate for the color frequency loses due to the Bayer color filter on the sensor. With the Bayer pattern you lose a bit of color resolution…however we did not want to go up too much in resolution, otherwise the RAW files become very big and it really drives up the cost of post-production. 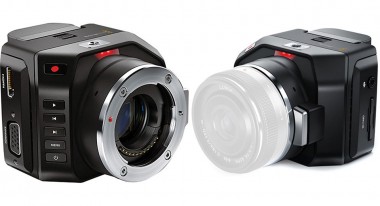 Blackmagic has also posted a short film they shot with the URSA Mini 4.6K camera that can be viewed at Blackmagic Design URSA Mini. You can watch a behind-the-scenes video and also download 3 RAW files from the camera.

Little time was spent on the Micro Cinema Camera, though with its small size, 13 stops of dynamic range, and priced at just under $1,000, it could be an interesting drone and crash cam.

If you’re interested in the URSA Mini, MyVideoVersion posted on YouTube a video review of the IRSA Mini 4K. Much of the review focuses on ergonomics, which will be similar for the URSA Mini 4.6K.

Sebastian Wiegärtner has had a URSA Mini 4.6K on loan and published a video on Vimeo that was shot with the camera. He’s still on embargo with Blackmagic, but he told Cinema5D “This camera seriously has some skills and working with it was a pleasure.”

If you’re a fan of B4 mount lenses, Blackmagic is offering an adapter for their PL mount that supports these lenses.

I put together this first video in order to test one of the main features that was missing in (my favourite camera of all time) the Blackmagic Pocket Cinema Camera (BMPCC); high-frame-rates.