The Graphic Design of High Rise 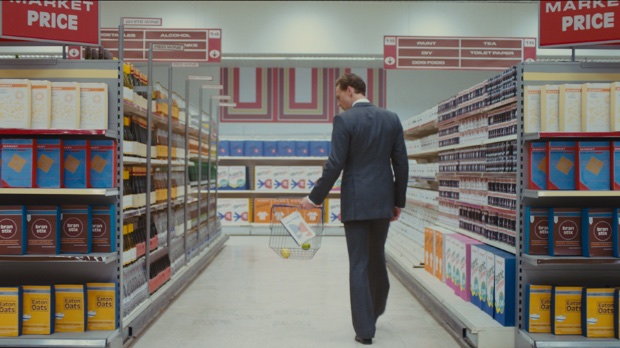 by Scott Macaulay
in Filmmaking, Production
on Mar 21, 2016

Here’s a fascinating article by Mark Sinclair in the Creative Review about graphic design in Ben Wheatley’s High Rise. In most films, contemporary and near-period, production designers will seek clearance to use actual logos and products. When those clearances aren’t granted for whatever reason, the art department will mock something up. But unless there’s been real attention paid to these graphics, they can often look cheesy — like the film equivalent of clip art.

The fantastic, dystopian qualities of High Rise — a science fiction tale set in an imaginary pre-Thatcherite early ’70s — has enabled Wheatley and his designers to replace period scavenging with something more original. In his piece, Sinclair breaks down the influences taken in by graphic designers Michael Eaton and Felicity Hickson when creating the packaging for the various consumer products — groceries, books, cigarette packs — contained in the film. These influences range from the stark cover designs of Penguin paperwork books of the period to the photography of Andreas Gursky. I particularly like how geeky these designers get about fonts. Here’s Eaton, for example, discussing the fonts used in the “welcome packet” given to the building’s new residents:

CR: In terms of a design role, being a graphic artist on a film sounds like a dream job. Do you ever think of it in that way?

ME: I love it. It was great on that film. I love things from that time period and it was great to look at your list and think, ‘OK, today I have to do a book, a record and a comic’. It’s a nice thing to look into if you’re into design like that. Looking through all these old things and finding the weirdest thing and seeing if you can take some inspiration from it. If you’re into fonts, in this film – everything has its own code. It makes it seem more real. It looks as if, in this fictional world, people have had a meeting about what font to use in their building.

Make sure to click on the link above for lots of graphic designs and illustrations from the film.