What is a Video Essay? Creators Grapple with a Definition 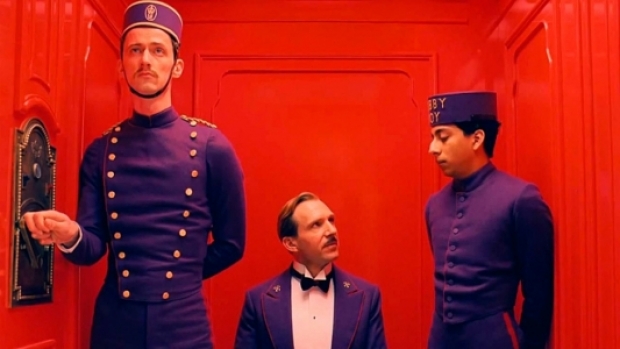 by Paula Bernstein
in Filmmaking
on May 3, 2016

Perhaps video essays are like pornography in that, as the saying goes, you know it when you see it. But what distinguishes a video essay from a short film and what are the ground rules for this relatively new form? Finally, how much creative leeway can a video essayist take with a filmmaker’s work without being disrespectful or misrepresentative?

These questions arose last month when we published a video essay from Kevin B. Lee, chief video essayist at Fandor, about the spaces in Chantal Akerman’s final documentary, No Home Movie. Initially, Lee edited the video to music. But after receiving some complaints, including from the distributors of the film, Lee reassessed the music in his video essay and decided to create a new version without the music.

“I watched the essay and I was surprised because there was no commentary on it. It was five minutes of Chantal’s film put in a different order with this very sentimental music laid over it,” said Jonathan Miller, president of Icarus Films, No Home Movie‘s U.S. distributor. “I wasn’t sure what made it an essay. It was as if he (Lee) cut Chantal’s footage to make another film entirely.”

Lee understood Miller’s concern and opted to leave both versions online in order to show how a piece of music can define the same footage in two separate videos.

As the video essay continues to emerge as an entirely new form of commentary, this particular issue raises questions about authorship and intention. What makes something a video essay and not an entirely new film created from re-editing the same footage? Is it okay to add music to a film without any?

As a relatively new media form, video essays have yet to conform to any structural guidelines, although they’ve been around long enough for define patterns to emerge: the supercut and the fan tribute, for example.

We can all agree that a video essay is a short online video which cuts together footage from one or more films in order to reveal new insights about them. But are there any ground rules? And how much (if at all) should video essayist concern themselves with the original filmmaker’s intent?

Filmmaker Magazine reached out to a select group of video essayists to weigh in on the question. Below is a selection of their responses.

Arielle Bernstein: I’m primarily an essayist and cultural critic, so I’ve never thought of the video essays I’ve collaborated on as films in their own right. The video essays I’ve worked on are thesis-driven and images are used along with text in order to persuade the viewer to  read and interpret these images in a certain way. For me, a video essay is distinct from a film because the work that is being done is about creating this kind of analytic framework for the viewer and reader to re-interpret or re-imagine original images.

Agnes Varda’s Search for Meaning from Fandor Keyframe on Vimeo.

Kevin B. Lee, Founding editor and chief video essayist for Fandor’s Keyframe: I don’t think one can so neatly separate “a video essay from a reworked version of a film” – nearly all video essays qualify as reworked versions as a film. I don’t see it as a black and white issue of  “what is or isn’t a video essay,” but more of a spectrum measured by the degree of thought put into the reworking of the film. I see video essays as one strain of the essay film whose defining characteristic is the articulation of thought in audiovisual form. By that logic, the more thinking on a subject that can be discerned in a video, the more it can qualify as a video essay.

However, that thinking isn’t measured simply by how much talking or commentary is put into the video, otherwise we should just stick to writing articles and essays in text form. We also have to take into consideration how much thoughtfulness can be found in the reworking of the material through the use of editing, sound and music. That’s what makes the video essay such an exciting new form, because now we have to combine the criteria by which we measure good critical thinking with good filmmaking as well.

What Makes a Video Essay Great? from Fandor Keyframe on Vimeo.

Max Winter, Editor-in-Chief, Press Play: One of the most interesting things about this particular form is that there aren’t any rules, or rather that there is no firm set of such rules. The video essayists tend to make up the rules as they go along. The one thing that binds all of them of course, is a love of film itself. That holds everything together: anything the essayist might say in a piece has that in its backdrop, that, in the range of experiences available to connoisseurs of culture, the experience they most wish to examine, and probe, and on whose examination they will spend hours and hours of meticulous work, is film. Another rule, possibly contradictory, is that something of the essayist has to come forward in the piece.

The most memorable video essays I’ve seen bring an element to the fore — symmetry in Wes Anderson, first shots vs. last shots –that is such an area of obsession for the essayist that the piece itself becomes something they have to express–and that feeling of urgency communicates itself in the drive of the piece. Another ground rule, or perhaps we’re talking about cornerstones of “success,” is that the piece remind you of something crucially true about the filmmaker addressed, that it drop anchor, in a sense–that you watch it, and you think, yes exactly, I’d never quite thought about that, but–how true.

Another “goal” these pieces could be said to have is explosiveness: instant immersion in the work of a filmmaker. This immersion is obviously literally explosive when the subject is someone like Tarantino or Godard, but just as much, in a quieter way, if the piece is about mirrors in Bergman, or the geometrical framing of Ada.

Video essays have, in my experience, what could be called a boiling point. Many of them simmer, and are no less remarkable for simmering, but some of them boil. It’s ultimately about the essayist’s mastery of the material, the degree to which that person absorbs and can re-express the idea he or she has, i.e. framing in Kurosawa, or what watching Breathless might have meant to a young film student, or what it takes to become a “cinephile.”

Boiling is the goal, but I like to think that there’s a little boil in all of them, and that all of these pieces are transformative, in both the legal and the intellectual sense. They make us watch more carefully–and what higher goal of any form of criticism could there be? The knee-jerk response to these pieces is, in the more resistant viewer, “why don’t you make your own film?” That question, unfortunately, is wholly beside the point. Most video essayists could make their own films, but the simple fact is that they didn’t. And to find out why not, you have to watch their work.

V. Renee, NoFilmSchool: What defines a video essay and when does it become its own film? I think it’s a little difficult to answer, because the film essay has only just started gaining popularity in the last year or so, so there aren’t really any defined rules or archetypes yet. However, I’ve found that there’s a huge difference between the ones with accompanying narration and/or text and the ones without. The ones with them are exactly what they advertise themselves to be, video essays, while the ones without, I think, are the ones that force us to question the definition of a video essay.

You’ve got, for example, Lewis Bond of Channel Criswell who narrates these insanely in-depth pieces on topics like the cinematic techniques of Miyazaki, and then you’ve got kogonada who does these supercuts sans voiceover or text, like the one on the use of eyes in Hitchcock films.

Both teach us something about the subject of their videos, but while one has an overt lesson with evidence and research and bullet points, the other simply has a series of images and leaves it up to the viewer to take from it what they will.

The question is do we hold these video essays up to the same standards of written academic essays? If we do, then a supercut set to classical music without any narration probably wouldn’t qualify. I mean, imagine turning in the written equivalent of that essay to a professor…you’d flunk. If we don’t, then the video essay could take whichever form it wants to, unless it starts veering away from being a teaching or observational piece, transforming from a critique into a film with its own story…I think that’s when it’s no longer a video essay.

But I don’t think it’s an either/or thing…there are plenty of video essays that celebrate the work of a director by editing together a bunch of their shots set to emotional music. All of a sudden you’re like, “My god! I just love Jeff Cronenweth and his beautiful work.” The video works more as a tribute piece than a video essay or supercut; I think that’s where creative leeway comes in. If you’re truly making a video essay, I’m not sure how much creative leeway you need, to be honest.

It’s an interesting thing to think about, especially because this might be one of the first times where the line between a critique and the piece in which it is critiquing has been blurred.