Being Reborn as a 16-Year-Old Girl: Nicholas Winding Refn on His Vampiric Assault on the Beauty Industry, The Neon Demon 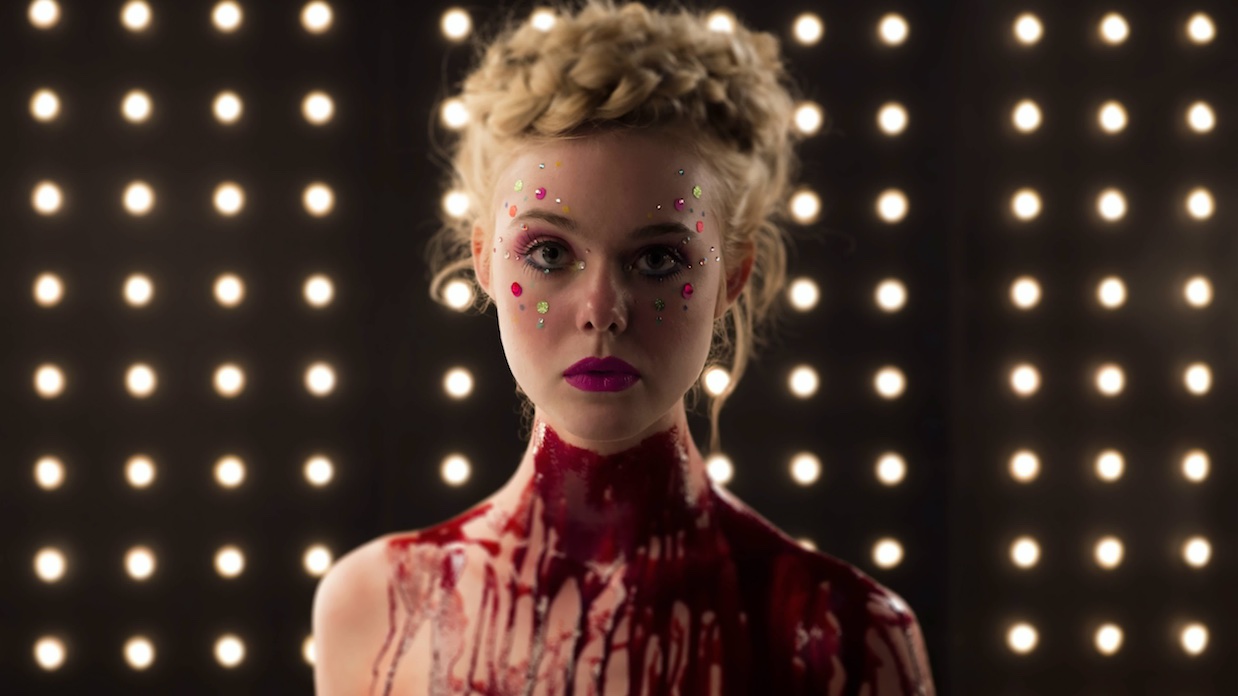 Elle Fanning in The Neon Demon

by Scott Macaulay
in Directors, Interviews
on May 19, 2016

Nicholas Winding Refn’s new The Neon Demon, premiering in Competition at the 2016 Cannes Film Festival, is a nightmarish, outlandish fashion-world riff on A Star is Born in which vampiric models struggling to remain alluring in a swipe-to-the-next-one culture provide a ready-made metaphor for beauty industry soul-sucking. Elle Fanning is Jesse — blonde, beautiful, 16, and something of an empty vessel waiting to be anointed the next “It Girl.” Her journey through Angeleno nightclubs, booking agencies and photography studios is one of ribald psychological horror, as physical spaces twist and expand, friends become alien, and even her scuzzy, entirely unfashionable motel room is invaded by a tiger. Initially inspired by the story of the 16th century Countess Elizabeth Bathory, who bathed in the blood of her victims in order to maintain her youth, and shot through with striking images recalling, at times, the work of French fashion photographer Guy Bourdin, The Neon Demon is yet another surprising turn from the impossible-to-categorize director of films that include the violent neorealist Pusher trilogy and the romantic L.A. crime fantasia, Drive. Below, Refn talks about remaining instinctual on set, planning for creative free fall, and why the violent disemboweling of Kristin Scott Thomas in Only God Forgives enabled him to rebirth himself as a 16-year-old girl.

Filmmaker: How do you think about the arc of your career? Is each film a completely new thing, or do you have in your mind a certain trajectory you’re trying to follow?

Refn: I don’t really spend a lot of time on the past, I more just approach things in a way of always wanting to try something different, or slightly different. I think that I’m a lot happier making films since ten years ago, after completing the Pusher trilogy. Starting with Bronson. I started making films purely based on what it was that I would like to see and using myself as the canvas. And by doing so I’m more interested in the process. I enjoy very much moving on to the next fetish I may fall into.

Filmmaker: What was different about the process of this film?

Refn: I got to live out my fantasy of what it’s like to be a beautiful sixteen-year-old girl. That’s why I wanted to do this movie. You could say with Drive I reached my end, my high point, in male fetish. It was very important for me to do the exact opposite in Only God Forgives, which was a really different kind of a film, but it’s also about a man who is chained to the womb of his mother and who crawls back into it. Now that I think about, since you’re asking me this question, it’s like, of course, by crawling back in I can now be reborn as a sixteen-year-old girl.

I had the idea for The Neon Demon for many years. I just didn’t know how to get into it, meaning I couldn’t find the canvas inside myself, where I could use the protagonist as my alter ego. But after the circumstances of the last two movies, it was clear that this is what was meant to be. Not that any film is easy to make, but the decision to go make this one was very simple, very easy.

Filmmaker: The Neon Demon begins with a familiar premise of a young actress — or, in this case, a young model — traveling to the big city to become a star. In some of these films, the character is viewed as a victim, as someone corrupted. This is more complicated, because Elle Fanning’s character so wholeheartedly and so quickly buys into the value system of the beauty industry.

Refn: Yeah, structurally I always love this kind of fairytale notion of innocence coming to the big city, that classic A Star is Born [story]. I like that whole L.A. background of fashion. Not that fashion is so L.A. — it’s more New York and Paris. But everything in the entertainment world runs through L.A., and you can put fashion in that category too. I thought setting it in L.A., which is this factory of illusion, made it more interesting. But also, practically, it was the only place my wife wanted to go. I have spent a lot of time in L.A., particularly after Drive, but I went to L.A. for this film as an open canvas. Sometimes you have to go to other countries to work so you automatically become a stranger in a strange land.

But, yeah, is she the victim or the predator? That’s what’s so great about cinema. Sometimes if you plant seeds, people have different perceptions, and then it gets interesting.

Filmmaker: The film ties into a lot of critiques currently being made about the effect of the beauty industry on young girls and the distorting effects it has on notions of female representation. Your film deals with these themes often quite explicitly in the dialogue. At the same time, it’s a very stylish film filled with high-fashion imagery and beautiful models. Do you consider your film as any kind of critique of the beauty industry?

Refn: Being a parent I’m very concerned with what my children are exposed to. But I don’t want to critique [the beauty industry] because there’s also something very fascinating about it. Sometimes to deal with the future you have to accept evolution and almost deal with it that way. It’s like telling your children not to communicate using social media because it’s not healthy. That’s the stupidest thing I have ever heard because social media is their way of communicating, and it’s also an incredible way of communicating. Is there a downside? Of course? There are downsides of anything that’s great. But here I was more interested in the journey of Elle Fanning’s character, and taking it to that level and just exploring it. At the same time both loving it and being afraid of it.

Filmmaker: I was fascinated how throughout the film you conflate psychological and physical space. An example is the photo studio scene, where the space suddenly becomes this limitless void. At what point do these visual ideas enter the process for you? At the script stage? During preproduction?

Refn: I don’t storyboard, and sometimes, but not a lot, I will put specific camera descriptions in the script. But it usually comes from me walking onto the set in the morning with the notion of, what would I like to see today? I try to shoot in chronological order in all my films, which helps me submit to that instinctual approach as much as possible. I don’t always know why I do what I do. It’s just what you have in front of you. It’s a bit like playing with Legos.

Filmmaker: I’ve read The Neon Demon described, perhaps in marketing materials, as “a giallo American film.” Where these ’70s giallo movies an explicit influence on you?

Filmmaker: Tell me about your screenwriting process. You’re credited with the story, and you co-wrote with two other writers.

Filmmaker: What were you looking for in these collaborations?

Refn: This thing is about approaching everything as much as possible in chronological order so whatever happens in the end is the final result. But I don’t really want to know what that is before it reveals itself. That’s why it’s an ongoing process until the film is completely done. The script is a third, the shooting is a third, and the post production is another third. And then there is that final ten percent for yourself, where everything makes sense. But I like that kind of creative free fall where I’m not entirely sure where I’m going to end up. I know where I may end up, but I’m not entirely sure. [With The Neon Demon], I wanted to make a science fiction film out of the horror film I [originally] wanted to make.

Filmmaker: How do you protect your ability to have that kind of creative free fall when you’re in production? Or, is this free fall more of a creative one during the screenwriting?

Refn: Oh no, it’s all the way until the mix. The film keeps on evolving. Every element of the process is another piece of the puzzle.

Filmmaker: Has the way you’ve made your movies changed over the years?

Refn: The last three movies, now that I’m a parent, are very mundane in a way. You go to work during the day, you sleep really badly at night, and then you go to work the next day.