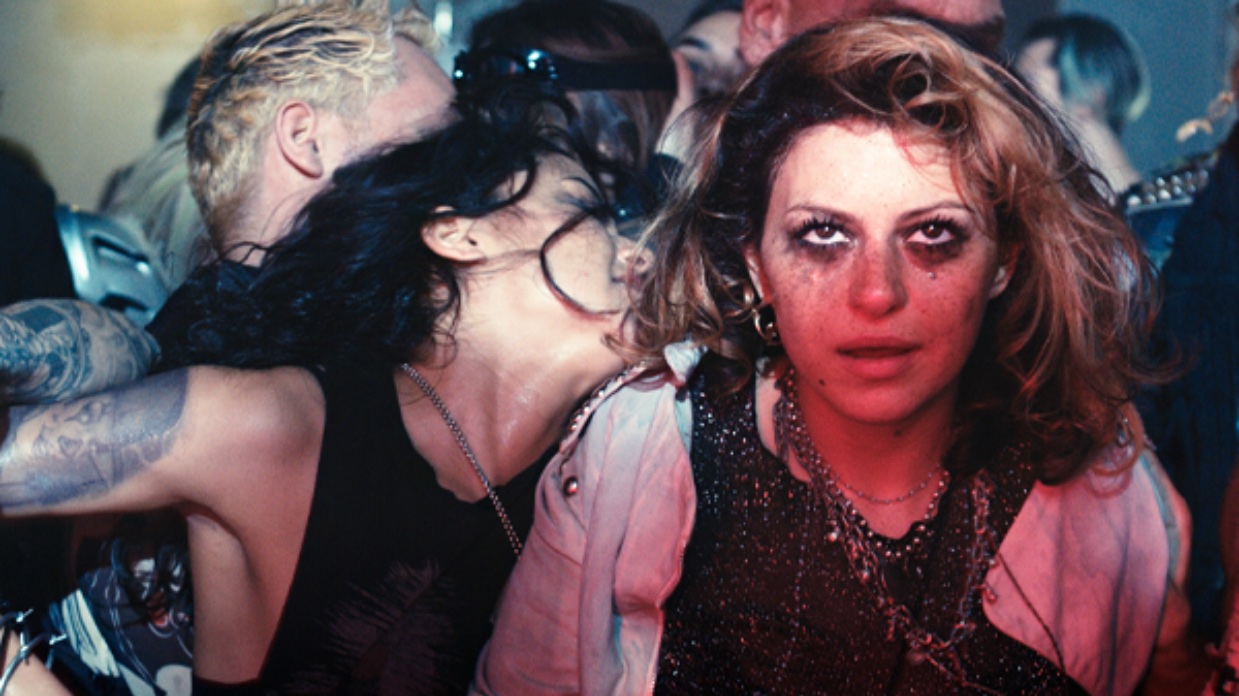 by Scott Macaulay
in Directors, Interviews
on Jun 3, 2016

Making her feature debut at the Los Angeles Film Festival is actress, writer, director and poet Amber Tamblyn with Paint It Black, an adaptation of Janet Fitch’s novel. It tells the story of two women — a punked-out nightclubber, Josie (Alia Shawkat), and an older classical pianist, Meredith (Janet McTeer) — who share a Venn-diagrammed slice of memory. Meredith is the mother of Josie’s recently suicided boyfriend, and the film finds their grief, recollections and emotional wounds intertwined within a dreamy L.A. that’s as much a psychological landscape as a real place. Below Tamblyn answers five questions about securing the rights to Fitch’s book, her musical tastes and why women shouldn’t think they need permission to make a film.

Paint it Black premieres tonight at the L.A. Film Festival.

Filmmaker: When did you first connect to the Janet Fitch book? When did you know that you’d want its adaptation to be your first film, and how did you wind up securing the rights?

Tamblyn: In 2006 Amy Poehler gave me a copy of the book and said I would love it. She was right. She didn’t give it to me with an eye towards adapting it — just as a friendly suggestion. But when I read the book, there was something so cinematic about it. There was a poetic quality to the language and story that I had never read before in a novel. The short version of the story is that I spent roughly 3 years trying to get Janet Fitch to give me the rights. She finally did, and we became very good friends throughout the creative process of making the film.

Filmmaker: The film is set against the backdrop of the L.A. punk scene and includes music by members of White Lung and others. What personal connection do you have to the scene you depict and the music on your soundtrack? What guided your choices?

Tamblyn: Hey! You just said Guided by Voices! I love that band. But I digress. I love White Lung and knew I wanted Mish Way to play the role of Lola Lola. While her scene didn’t make it into the final cut of the movie, Mish embodies everything about real punk lifestyle and culture as it lives today. She’s amazing. And Mac McCaughan did the score — he’s the lead singer of Superchunk, another killer punk band — and we worked hard collaborating a score that felt less sentimental and more like it was out of some weird fantasy movie from the ’80s like The Dark Crystal. That’s the stuff I was raised on. Dark, slightly arch and bizarre. David Lynchian.

Filmmaker: In an interview with KQED, you discussed the idea of “creative death,” and how that concept was empowering for you. You also said, “The word “permission” comes into play big-time in the inner minds of women. You constantly feel like you’re having to ask for it. You’re needing to have it.” Could you discuss these concepts in relation to your deciding to make Paint it Black and completing its production?

Tamblyn: Being a former child actress left me feeling creatively limited for so many years in my early 20s, mainly because I knew there was so much I wanted to do, but didn’t know how to do it without the permission of older white men. I can generalize with that statement, because that is literally 99% of the directors and producers I have worked for. It’s not a bad thing, it’s just a REAL thing. My reality was that I could act, and only act. When I adapted Paint It Black I never thought about directing it. That never occurred to me. It was the director Courtney Hunt and my producing partner Wren Arthur who finally came to me one day and said, “You have such a strong vision for this film and sense of what you want, what are you waiting for? Why don’t you just do it?” Again, the limited person in me was scared to even consider that. I grappled with the decision for a short period of time, then finally realized they were right. What was I waiting for, exactly? And the minute I gave myself my own permission to do it, It was like a fire that burned down every acre of the unsure girl I used to be.

Filmmaker: What was the biggest challenge in making a film that revolves around a character who has passed away — who is literally an absent presence?

Tamblyn: David Mamet says that’s a big mistake for for films — writing a scene where two people are talking about someone that isn’t there. But I think David Mamet should stick to playwriting. Respectfully. To me it’s far more in a narrative to fill in blanks in the minds of the audience — to let them wander and question and even get frustrated with the lack of information, as long as they care about the leads. The unknown is not a bad thing. It is certainly dangerous, but not bad. I knew I would be making a powerful film if the subject of their grief almost didn’t matter at all — it could’ve been a door knob they had lost. Because this isn’t a film about women’s grief. This is a film about obsession, and class, and power, and the interior violence of women, both intra and interpersonal.

Filmmaker: Alia Shawkat and Janet McTeer come from very different acting backgrounds. How was it directing them together on set? How did their approaches differ, and how did you as a director work with them both?

Tamblyn: They were fantastic. Truly. Janet comes from a theater background, which is kind of perfect for the upper class character that is Meredith — very worldly. And she was always game to try anything. I mean, anything. One time we had a couple extra minutes to shoot something at the end of a shooting day and I had Janet get down and crawl around on the floor of her mansion pretending to be drunk. It’s in the movie. She was just so down to try and do anything. And it was so important to her — and me — that we really nailed the fine line between her character being a true villianness, but also someone you still sympathize with. Alia was equally as brilliant, and the two of them had a really great time playing emotional chess with each other in the scenes. It was such a treat for me to work with other veterans like Alia and Janet. We all were on the same page all the time, and never afraid to work from the gut and take risks. That, to me, is what filmmaking and acting is all about.