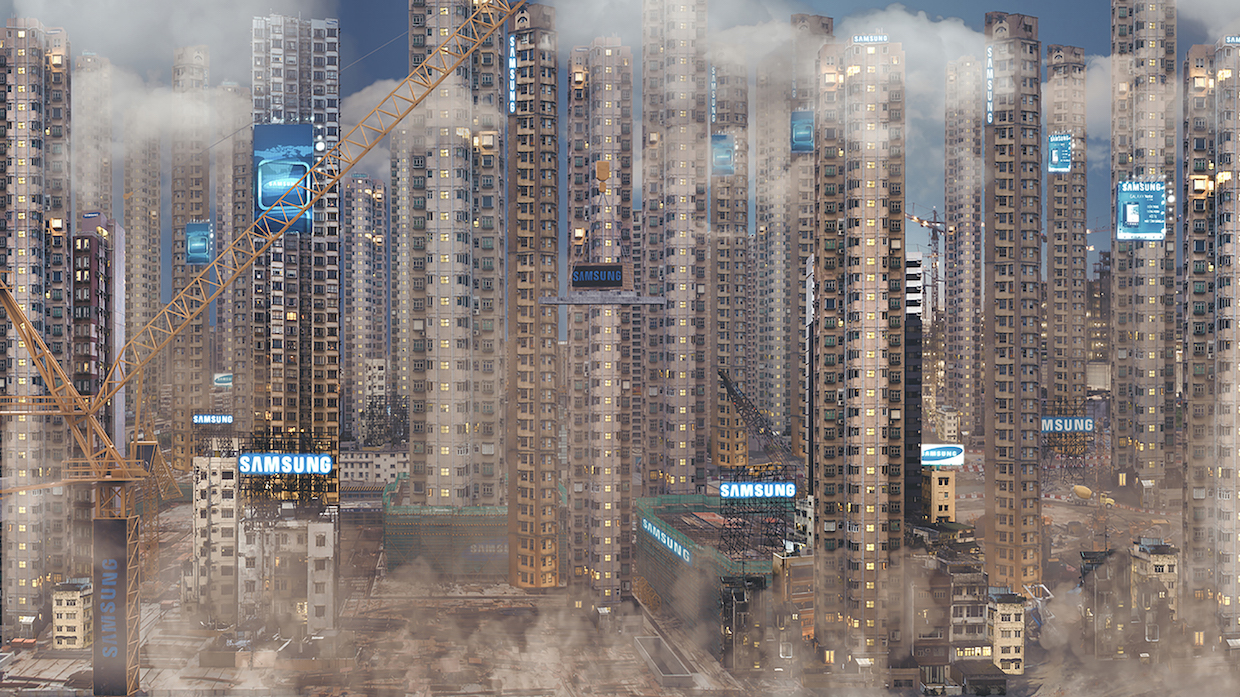 Liam Young is an architect, but rather than building skyscrapers or designing public squares, he makes movies. “I call myself an architect, but I solely work in the spaces of fiction and film,” he says from his studio in London. Indeed, his entire practice is devoted to interrogating the increasingly blurred boundaries among film, fiction, design and storytelling with the goal of imagining our future. Using speculative design and the conjuring of imaginary cities that are assembled from the physical world around us, he opens up conversations querying urban existence, asking provocative questions about the roles of both architecture and entertainment through the medium that is now our vernacular, namely video.

This fall, Young will share this practice broadly through an innovative, one-year graduate program called the Master of Arts in Fiction and Entertainment presented by SCI-Arc (Southern California Institute of Architecture). Integrating film, fiction, animation, marketing, games and documentary, the program investigates how architecture can contribute to these disparate practices, and how these practices can, in turn, inform architecture. The new program is one of four similar MA-level, one-year experiences that comprise the Los Angeles-based school’s EDGE, Center for Advanced Studies in Architecture, a post-grad learning initiative based on the premise that “everything is potentially an architectural problem,” and which places speculation at the center of its curriculum.

According to Hernan Diaz Alonso, who took over as the director of SCI-Arc in 2015 with the goal of expanding the school’s reach, the launch of all four programs is an obvious direction for SCI-Arc. “It’s very pragmatic — we are interested in expanding the careers and professions for architects,” Diaz Alonso says, adding that the school’s location in Los Angeles makes the melding of architecture and entertainment entirely viable. “Historically, through studios and various practitioners, we’ve always been interested in the relationship between architecture and film, architecture and media. It was time to formalize those relationships with a full-fledged program and a curriculum.”

Diaz Alonso turned to Young to lead the program, based on Young’s own practice and experiments in teaching and learning. For many years, Young, as part of the London-based think tank Tomorrow’s Thoughts Today and in collaboration with Kate Davies, led the Unknown Fields Division, dubbed “a nomadic design studio,” that sent students on global excursions to “peripheral landscapes” with the goal of understanding site, landscape and global systems through investigation, navigation and storytelling. Students trekked through the rain forests of Madagascar, the oil fields of Azerbaijan and the desert in and around the Roswell UFO crash zone. Projects included provocative and ethereal speculative videos, including one of my favorites, Will Gowland’s 2011 Here Be Dragons, which muses on the intersection of the physical and virtual landscape based on a trip to Alaska.

Young also shares Diaz Alonso’s desire to expand the purview of architecture. Indeed, for Young, the new MA program reflects changes in the very nature of architecture. “The traditional roles of the architect are becoming — to put it politely — pressured,” he says. “The forces of change that affect cities exist more and more outside the realms of the built environment. These forces are technologies, cultures, narrative, politics. It’s no longer about buildings or public squares.”

In turn, architects, in being trained in how people use space, have much to offer storytelling, which is similarly experiencing its own sets of pressures. “As an architect, you learn about the cultures of space, and the cultures spaces generate,” Young says. “Architecture is a type of spatial problem-solving, which I think is really valuable, and I think that background is extraordinary as an education.” He adds that much of this background can get lost, constrained or contorted if an architect ends up within a traditional architectural studio.

Young also believes that entertainment could benefit from a greater critical agenda. “In a way,” Young says, “this is a project of trying to sneak, like a Trojan horse, critical and urgent architectural and urban ideas into the allied disciplines of the entertainment industry. It’s parasitically trying to occupy these disciplines with architectural and urban-minded thinkers.”

The MA curriculum kicks off with a semester devoted to world building, which includes everything from developing the conceit for a world, formulating its critical agenda and creating its concept art. The methodology that underlies this phase is based on exaggerating the present, whereby trends that aren’t fully developed yet are heightened and played out in speculative narratives. “We can explore the implications of new technologies. We can explore new ideas or policies and what their implications might be. We can play out all of these ideas,” Young explains.

The second semester is devoted to discovering the appropriate medium within which to communicate one’s ideas. Students are welcome to explore game design, virtual reality, graphic novels, documentary filmmaking and more. Workshops led by professionals will help develop skills for each medium, and the outcome of the semester is a rough draft of the project, whatever its platform.

The final semester addresses completion. “The last part of the program is really about polish and execution,” says Young. “Students will develop a high-level, industry-standard piece of work that’s ready for a film festival, a meeting with a game company, to be launched online, or to go straight to a publisher.” With this in mind, Young suggests that the program concludes not with a culminating student project summarizing a period of study, but with a calling card designed to launch a new career trajectory.

Responding to critics wary of the future for architects, Young asserts that the program expands the role of the architect culturally. “It’s not a weakening of the profession to dissolve into these differing professions,” he says. “It’s a strengthening because it means that we have more scope to effect change in all these different industries.”

While the program’s first cohort is comprised of architects, Young hopes to attract artists of all kinds for the next application cycle. “I am really interested in people already in those entertainment worlds that recognize the value of architecture and would come and spend a year with us. They don’t need to come to us to learn the workflows of VR or to understand the role of concept art and storyboarding, but would come to us to develop an architectural, spatial or urban part of the conversation, and then to test that conversation in a medium they might already be familiar with.”

Young’s vision imagines an expanded role for both architecture and entertainment as film, video and game design are used to prompt reflection rather than just pleasure. “In the end, I don’t care if the person is credited as an architect or not,” he says. “I’m just interested in the work making a difference in some way. I’m interested in the work of the entertainment industry becoming somehow more critical and more engaged, not at the expense of storytelling but by layering up storytelling with more nuance and complexity and interest.”

Applications for 2017 are available: https://sciarc.edu/admissions/