“THE IMPERIALISTS ARE STILL ALIVE!” SCREENS IN BROOKLYN 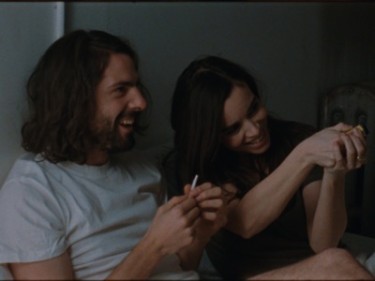 Filmmaker Zeina Durra’s Sundance Competition film The Imperialists are Still Alive! has its East Coast premiere tonight, June 24, in an Indiewire-hosted screening at the 2nd Northside Festival of Film and Music in Brooklyn. The film, a graduate of the IFP Narrative Lab, is an upscale Manhattan comedy of manners with an internationalist flavor and a post-9/11 paranoid bent. It also has the most arresting first shot of the year. Writing for Filmmaker, Eric Kohn said of the film:

Consider the revelatory drama The Imperialists Are Still Alive! Like a 1990s-era Amerindie upgraded to post-9/11 concerns, this insightful low key account of a young Islamic photographer living in Manhattan addresses global concerns with an engagingly human touch. Directed by Zeina Durra, whose emphasis on playfully philosophical dialogue recalls Whit Stillman, the narrative patiently navigates a credible series of conflicts while simultaneously developing an intimate portrait of the characters’ lives. Our creative heroine, Asya (Elodie Bouchez), learns that her good friend has been abducted by the CIA, leading to an increased sense of paranoia. But her fears are allayed by the blossoming of a relationship with her new lover, a gentle Mexican with the wits to deflate her fears. As a result, Imperialists develops into a plea for cross-cultural lovemaking that evades sentimentalism in favor of something far more compelling: Reality.

Over at Indiewire, Eric Kohn has written a fuller review, in which he traces the movie’s conceptual forebears as not only Whit Stillman’s Metropolitan but also Godard’s La Chinoise. Two I’d add: Daisy Von Scherler Mayer’s Party Girl and Fassbinder’s Third Generation.)

The film stars Elodie Bouchez, Jose Maria de Tavira, and Karim Saleh, was produced by Vanessa Hope, shot by Magela Crosignani, edited by Michael Taylor, and production designed by Jade Healy. It plays at 8PM at the new theater indieScreen, 285 Kent Ave at S 2nd St, and Durra will attend for a post-screening Q and A.