“I Think Drama is Often More Interesting if it Springs from Love Instead of Hate or Anger”: Writer/Director Andrew Ahn on Spa Night 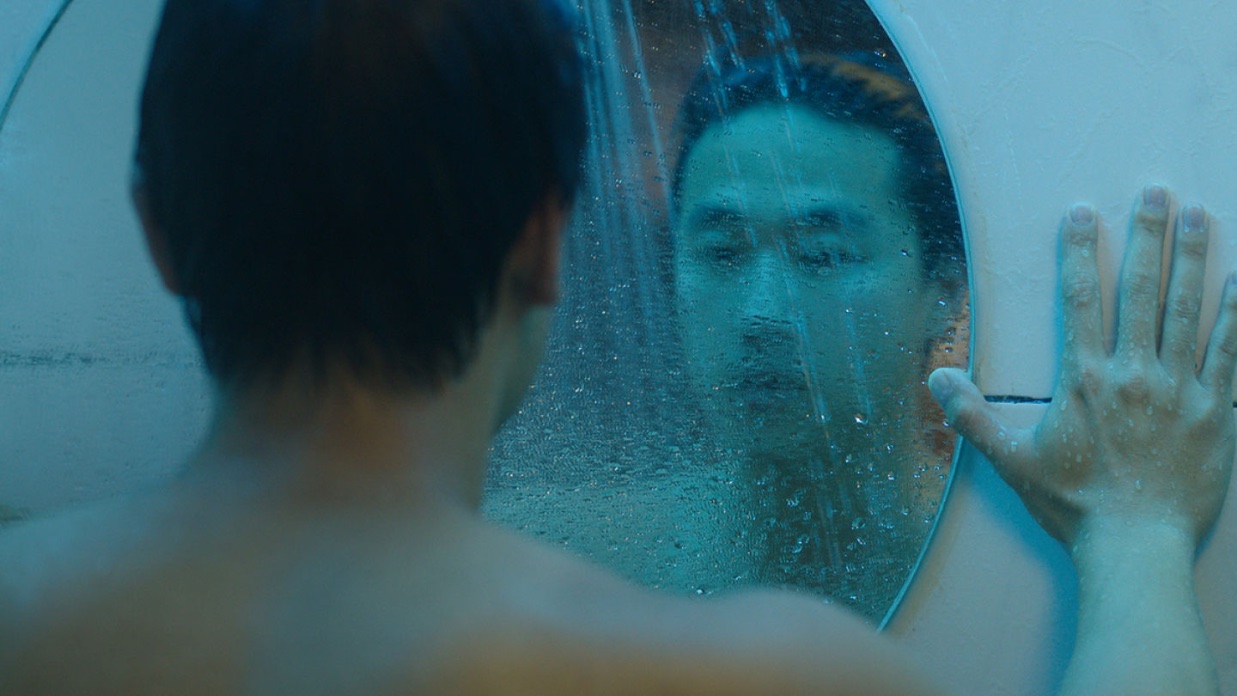 by Scott Macaulay
in Directors, Interviews
on Aug 18, 2016

Fusing the eroticism of an underground cruising culture with surprisingly heartfelt family drama, Spa Night is the debut feature of Korean-American CalArts graduate Andrew Ahn. Developed at the Sundance Screenwriters Lab, the Film Independent Screenwriters Lab and the Film Independent Directing Lab, the film follows up Ahn’s well-received 2012 short, Dol, which also addresses coming-out within a Korean-American community. In Spa Night, Joe Seo plays David, a gay 18-year-old who hasn’t told his parents he’s gay. Their struggles with their own family business create pressure on him just as he’s drawn to explore his sexuality after discovering a gay hookup culture existing behind the walls of downtown L.A.’s Korean spas. Below, Ahn discusses his approach to depicting sexuality on screen, his development of a visual aesthetic with DP Ki Jin Kim, and which nationality of investor predominates in his film’s financing.

Filmmaker: Let’s start at the beginning. You’re a CalArts graduate. How specifically did your education there prepare you for this film and influence its style?

Ahn: I feel very fortunate that I ended up at CalArts; it was the right place at the right time for me in my development as a filmmaker. I was very interested in using my filmmaking process to explore issues surrounding my gay Korean-American identity; the Film Directing MFA program at CalArts supports this approach of personal filmmaking. I carried this philosophy into the development of Spa Night. I also learned how to be a resourceful filmmaker at CalArts, something that I don’t think a lot of other film schools teach you. You learn how to do more with less by focusing on your story and characters.

I don’t necessarily believe that there’s a CalArts aesthetic, but I do think that the experimental nature of the film school at CalArts gave me the freedom to take risks in my film work.

Filmmaker: You made two shorts before heading into your feature. What were your concerns about making a feature and the feature format? What was the biggest practical challenge and the biggest aesthetic challenge in adapting to the format?

Ahn: I made two shorts before Spa Night. Dol (First Birthday) was at Sundance in 2012 and Andy screened at Slamdance in 2011. The biggest practical challenge jumping from shorts to features for me was the scale of the production. The financing, the size of the crew, the number of locations — it was daunting. You need so much more support, so many additional brains and hands helping you. The biggest aesthetic challenge was the editing process. With short films, you can hold the film in your mind all at once. You can watch a cut multiple times in one evening. But with a feature film, you have to build the film in phrases and then link those phrases together into a coherent whole. A feature is much more reliant on pacing and rhythm; you have to feel the film breathe. It’s a much more magical, musical process.

Filmmaker: How did you finance the film? Were you able to tap into Korean and Korean-American communities for financing?

Ahn: We attempted to find Korean and Korean-American financing, but it was too difficult; either the subject matter was too risque or the investment was too risky. We ended up gathering a ragtag group of investors who all had some personal connection to the film, but it was often just a relationship to one of the producers or to me. Oddly enough, we wound up with more Italian investors than Korean! We did do a crowdfunding campaign on Kickstarter that was hugely successful and really helped push our investors into finally committing to the project.

Filmmaker: How did you land on the concept itself of making a movie about hookups in Korean spas?

Ahn: A friend of mine had told me that he had a hot hookup with a guy in the steam room of a Korean spa. I had no idea that men used Korean spas to cruise! I had always associated spas with my Koreanness, my culture, and my family. Suddenly, the spa took on another, and I became fascinated by it. I am always looking for ways in which my gay and Korean-American identity intersect. In my previous short film, I explored how these two identities intersected in the notion of family. In Spa Night, these two identities meet within a physical location.

Filmmaker: What was your approach to securing locations considering the subject matter? Did you have frank conversations with spa owners? What enabled you to land your hero locations?

Ahn: I had an amazing group of producers and associate producers who navigated this process very carefully. I am very fortunate that one of my producers Ki Jin Kim (also my DP) and one of my Associate Producers Jane Hwang speak Korean fluently. Throughout the location scouting process, we were all walking on eggshells a bit; if we didn’t get the spas, we didn’t have a movie! For some business owners, our production was simply a paycheck. They couldn’t care less about what we were doing there as long as we paid them. Even in Koreatown, businesses are familiar with the film and television industry. We are in Los Angeles, after all.

Filmmaker: Your film has a measured, restrained visual style. Could you talk about your collaboration with DP Ki Jin Kim? What references did you draw upon, and what were your specific visual strategies for this film?

Ahn: Ki Jin and I have been working with each other for years. We met at CalArts; he was in the same program one year above me. He’s shot every film I’ve ever directed. We talk about film all the time. In this way, we’ve been developing the look of Spa Night for years before I even wrote the screenplay. Our main strategy for Spa Night was to imbue the film with visual yearning, a desire to see more. We often talked about what you can’t see in the frame. Ki Jin also really pushed for a subjective, yet observational style. The camera was placed in spots where a person would normally exist — no drones, no impossible angles.

Filmmaker: In addition to the encounters in the spas, the film deals with your protagonist, David’s, relationship with his parents. How did your own relationship to your parents influence — or not — the shaping of this storyline?

Ahn: As I was developing the screenplay, I realized very early on that David’s situation is made more complicated by the fact that his parents love him and believe in him so wholeheartedly. I think drama is often more interesting if it springs from love, instead of hate or anger. If David’s parents were terrible human beings, he would have no reason to care about them or about their opinion of him. However, because they love him so deeply, he feels a sense of responsibility to them. This is something that I took from my relationship with my parents.

Filmmaker: What sort of decisions did you make about the depiction of sexuality on screen? How did you want these scenes to feel, and how did you shape your direction of the actors and camera accordingly?

Filmmaker: Finally, what are you hoping audiences take away from this film, and, having made it, where does it take you next as a filmmaker?

Ahn: My hope is that people watch this film and understand how difficult it is to balance different identities. The intersection of race, class, gender, sexuality, and spirituality is complicated and can feel contradictory. Spa Night is the tale of someone trying to reconcile two sides of himself. I hope Spa Night is my way to creating a sustainable career! How does one sustain themselves by making independent film? It’s a difficult question without one clear answer. But I’m in as good a position as any to figure it out.