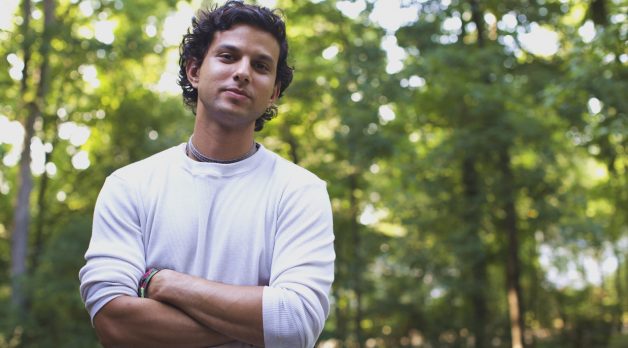 Amman Abbasi’s parents are Pakistani immigrants who moved around Arkansas when he was growing up, and the director is still based in Little Rock. Dayveon, his feature debut (a 2016 IFP Narrative Lab selection currently in post), tells a familiar story in a new location: still troubled by the death of his brother, a 12-year-old boy in rural Arkansas falls in with a gang. What makes Dayveon distinctive is both its under-depicted setting and the strong visual choices Abbasi makes in collaboration with DP Dustin Lane: shot in controlled handheld 4:3 with lush colors and a strong sense of immersive place, the film’s aesthetic is distinctive and anomalous in the contemporary American independent landscape.

When Abbasi was completing high school, he met documentarian brothers Brent and Craig Renaud, with whom he ended up working as a shooter. “They were doing a documentary in Chicago on gang violence,” he recalls. “Just talking to young kids, I realized that Chicago has very real organized crime and drug cartel problems, things that Arkansas doesn‘t. Arkansas actually has a strange history in gangs. It‘s pretty big with gang affiliations — the Bloods and the Crips — but is more about fitting in, a community, than it is about the sale of drugs in large quantities. I found that to be really interesting, so it was more about exploring that idea from a narrative level.”

Back in Arkansas, Abbasi set about preproduction. “I had written a placeholder script just with archetypical characters and concepts of stuff that I‘d gathered in Chicago,” he explains. “Then, I workshopped the script with at-risk youth at the local boot camp here. I got their opinions on it, and slowly I realized a lot of it doesn‘t hold up and some of it does. Then I put their words on the page as to how their story should really be told.” After several months of casting, the screenplay (co-written with producer Steven Reneau) was revised via “another four months of almost daily rehearsals for two to three hours a day.” Along the way, the film picked up three high-profile executive producers — David Gordon Green, James Schamus and Lisa Muskat.

Abbasi is also a musician, who has recorded an album with his brother Yousuf; the siblings are currently recording a follow-up. Solo, Abbasi has scored a number of commercials as well. He’s also editing another project for the Renaud brothers while writing a sophomore feature he hopes to make next year. “I‘m trying to constantly be working, not in just making my own projects but in working in other capacities, too, because I really enjoy that,” he notes. — V.R./Photo by Dave Anderson