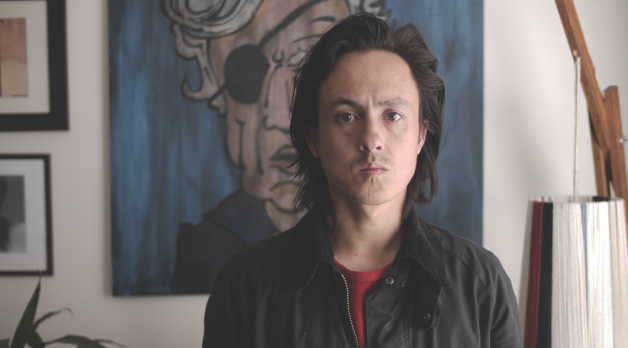 Raised in the small, working-class town of Dillsburg, Pennsylvania, by a family of potters, Andrew Fitzgerald traces his fascination with moviemaking to his background as a young skateboarder. He captured his friends’ skating hangouts on old VHS-C tapes, using multiple VCRs to edit the footage into compilations that imitated the trick-based videos he grew up watching, helping hone his skills as director and editor.

Fitzgerald improved as both a skateboarder and a filmmaker while attending Temple University in nearby Philadelphia (where the local skate scene was prominent), before heading to Los Angeles to secure editing gigs. “Editing has always been a big interest of mine,” he says. “It’s more of a relaxed environment where you have time to think, contemplate, try things out, experiment. And it makes it a little easier to secure [a job].”

That first job came soon after, at Tim Heidecker and Eric Wareheim’s Abso Lutely Productions, editing their Comedy Bang! Bang! series. It was with their company that Fitzgerald found a longstanding gig that continues to this day, as an editor on the docu-comedy Nathan For You, which starts its fourth season this fall on Comedy Central. An unscripted look at a well-meaning business consultant who provides companies with convoluted, misguided plans to grow their customer base, the show is filled with awkward situations whose humor comes from milking comedian Nathan Fielder’s uncomfortable interactions to an outsized degree.

Fitzgerald’s first narrative short, Strange Men, focuses on a female vagabond who encounters an older gentleman who’s followed her from a nearby bus station. A startling revelation hits in a shady Los Angeles diner: He claims to be the woman’s estranged father.

A woman on high alert was further explored in Fitzgerald’s drastically funnier follow-up, I Know You From Somewhere. Premiering at this year’s Sundance Film Festival, IKYFSW is a much more of-the-moment critique of social media and public shaming. Cellphone footage of a well-meaning woman (Angela Trimbur) confronting her boyfriend and best friend for sleeping together behind her back goes viral; the woman’s words are misinterpreted and twisted by an online mob of millions, who wrongfully label her a racist. The public’s misinterpretation of the character is hilarious, horrifying and disturbingly believable. “It’s funny to hear that ‘ding’ of a text message in the film,” Fitzgerald notes. “I assume the audience is unsure whether the sound is coming from the film or their own phone. Those types of sounds have put us on edge. When you hear those alerts, there’s this immediate reaction of needing to look at your phone. It ratchets up this anxiety in people.” A feature version is in the works and, as Fitzgerald describes, will be a “deeper exploration of how the performative nature of social media leads to this insatiable appetite for constant entertainment, outrage and amusement, and the lightning speed with which the internet commodifies and spits it out and leaves it behind. But it’s also a comedy.” — Erik Luers